With the attacking compartment suffering the biggest changes in this transfer window, a look at how the new striking force could fare for Juventus next season seemed appropriate.

The architect and the executioner are gone.

The two men responsible with the vital roles in what is concerning the attacking game of Juventus are no longer among us. One put an end to his 20-year-long European career at the highest achievable level in the given circumstances; the other followed his heart above everything else and returned to his most beloved team and birthplace.

Andrea Pirlo and Carlos Tévez gracefully bowed out of Juventus after giving their best for the team and teammates every single time they put on the black & white shirt, during their four-year and respectively two-year stay in Turin.

If the news of their departures was a bit of a blow for tifosi bianconeri around the world, Giuseppe Marotta and Massimiliano Allegri were more than excellently prepared for such a scenario and in no time or, more precisely, even before the transfer window was officially opened, reinforcements were prepared to arrive. Sami Khedira replaced Pirlo, strengthening an already world-class midfield composed of Claudio Marchisio, who just signed a contract extension through 2020, Arturo Vidal and Paul Pogba, but the void left behind by Tévez was a more delicate issue.

El Apache was named Juventus’ best player of the season in each of his two years spent with the team, proudly and effectively wearing the legendary No. 10 shirt of Alesesandro Del Piero, just like Pinturicchio had previously received it from another master of the game, Roberto Baggio, and took it to further heights of glory. Replacing Tévez then seemed to require some careful planning and wise thinking, which led Marotta and Agnelli in securing no less than three deals for new strikers: Paulo Dybala, Mario Mandzukic and Simone Zaza.

Great signings! That was the point, however, where the real problems started, the point where every single tifoso found his UEFA Pro Coaching License and could not resist the urge to teach Allegri how to do his job. Logically, neither could I, and after blowing the dust off my licence, I’ve unleashed the little Max sleeping inside me. Not because I think myself better than the real Max or, alas, other tifosi but simply because the lack of football during off-season is annoying and hard to endure. 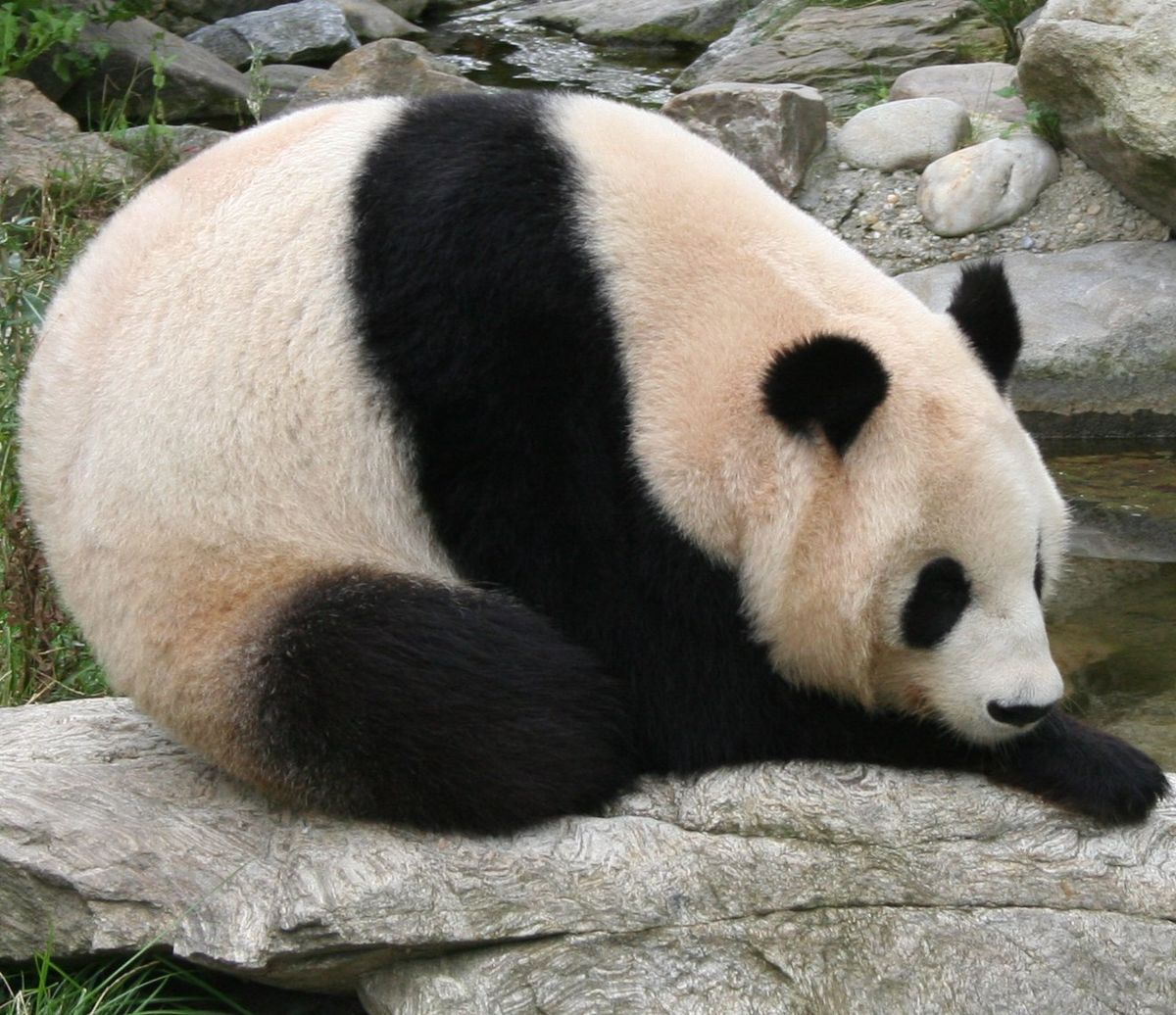 The image has no purpose besides its cuteness and black-and-white-ness, but breaking this never-ending post in smaller parts will just make it easier for you to read it. So, I courteously ask you to... bear with me.

The first in a series of irking questions was where will Dybala – who cost Juventus somewhere in the region of €40 millionin money, bonuses and players – fit in? Answering that though, inevitably led to irking question No. 2: What formation will Allegri deploy in order to accommodate the new guns?

The 4-3-1-2 quickly sprung to mind, considering Allegri’s long-standing affiliation with it and the good results it brought Juventus in the last season, but also because it offers an extra man to the attacking compartment, as opposed to the 3-5-2. And thankfully, Allegri has quite a few options to choose from at the moment. Of course, the 3-5-2 has been used with good success over the past year and its usefulness when protecting the lead is hardly beaten by any other system. Due to the versatility of Alvaro Morata and Dybala who can also play a wider role – and the possibility of Kingsley Coman not being loaned out and staying with Juventus next season – the 4-3-3 is the third contender. The two possible wingers also tend to make an important defensive contribution, limiting the exposure of the defence, and their capacity to cut in and hit the target, as well as deliver useful balls for the target man, make it hard for Allegri to write the 4-3-3 off from the start.

This versatility of Dybala is perhaps the most encouraging fact – he can basically play anywhere in the final third and inflict the same serious damage on the opposite defence. The lone man behind the strikers – choose two of Morata, Mandzukic and Zaza after your own heart – in the 4-3-1-2 formations, or pairing any of those in a two-man attack, the 21-year-old Argentine boasts fantastic technical ability in confined spaces and a keen eye for the goal, that should help him ease the pressure emerging from playing for Juventus. And that is important. Dybala is an amazingly talented young striker and for the first time in his career, he will represent a team fighting for trophies on three different fronts, which will put some real pressure on his shoulders. Soaking that pressure could be the key to a successful first campaign in bianconero.

The prospect of a partnership between Dybala and Mandzukic, however, aroused another irking question: how or simply will the Croatian powerhouse adapt in Serie A? Unlike the Argentine, Mandzukic is accustomed with playing under intense conditions and at the highest level for both club and country. Twice winner of the Bundesliga with Bayern Munchen, the 29-year-old striker is a man for big occasions, having scored at both Euro 2012 and last year’s World Cup, as well as against Juventus in a Champions League quarter final. His move to Spain, where he further developed under the tutelage of Diego Simeone, rewarded Mandzukic with another successful 20-goal season, just like the previous two in Germany.

For a striker who has reached his peaking age after proving himself in Bundesliga and La Liga, as well as at international level, and one who was handpicked by Marotta, little can go wrong in Serie A. The fantastic aerial ability, combined with a good technique and perfect finishing, makes the perfect target man out of Mandzukic and adds the required strength to the attack. Where Morata and Dybala stagnate, Mandzukic thrives. Zaza just does them all.

Yes, the video has the same purpose.

Zaza’s issue, however, is similar to the one Dybala is facing. Pressure. His advantage, though, is that there isn’t exactly the same sense of expectation about his game. Having already played and scored for Italy under Antonio Conte, Zaza’s enthusiasm and proved combativeness may come in handy when facing defenders from the position of a Juventus striker. Not really the strength of Mandzukic or the agility and technique of Dybala, Zaza is the kind of all-rounder who does things the direct way, always looking for the goal. And it is more than enough for him to fight for a starting place and offer the stiff competition all the strikers need in order to progress.

You might have noticed that Coman and Fernando Llorente have been very briefly or not at all mentioned so far. It was for a good reason, one that leads to irking question No. 4, if I am not mistaken. What about them two? Reports from different newspapers have Llorente joining either of Monaco or Tottenham for a fee in the region of €14 million, which would be perfect for both the Spaniard and Juventus. His contribution to the Bianconeri has been more than appreciated, as was the fact he is a great guy, but the best path to be taken at this point is...well, there are two paths, in fact. One for Llorente and one for Juventus.

Coman could make great choice for a fifth striker, but it would not really suit him. Playing time – as much as possible – is what the young Frenchman needs at the moment, which can only mean a loan to a mid-table Serie A side. Gianluca Di Marzio recently reported Juventus rejected a €15m offer for Coman from Bayern Munchen, which just proves the kid has quality. Marotta, as always, knows best.

Knew about Vidal and Pogba. Knew how to deal for Tévez, Llorente and Morata. We can only trust he knows about Dybala, Mandzukic and Zaza.

The new architect signed the extension but there might be a welcomed excess of executioners.