You knew Juventus were going to be active in the mercato this summer, and BWRAO decided to get in the act as well.

Okay, so the headline is a little misleading — Juventus haven't necessarily added a writer to their team, but your favorite Juve blog BWRAO has. My name is Calvin and you've seen me lurking here on and off. When Danny gave me the opportunity to jump on board the editorial staff here, there was no way I was going to turn that down!

A little bit about me to get this started off. I was born and raised in Kenya, and did all my schooling there. I played football all the way into college, a left wingback of moderate ability (Paolo De Ceglie could have learned something from me). I came to the U.S. to pursue a grad school education (in Buffalo) about a decade ago, and currently live outside Boston working as a Project Engineer in a food manufacturing facility.

Now about my sports affiliations. Football remains my one true love, and though my loyalties are bifurcated they tend to be mutually exclusive enough to not interfere with each other too much. An uncle of mine who lived in Liverpool bought me an Everton calendar when they were at the peak of their powers in 1984, and as an impressionable 5-year-old, I was immediately won over. And then World Cup 1986 happened, and I fell in love with a player called Michel Platini. Through him I was introduced to the world of La Vecchia Signora, and I've been a fan ever since.

It was a rocky journey to start off, through the Salvatore Schillaci and Roberto Baggio years into the early 90s with the Gianluca Vialli and Fabrizio Ravanelli partnership,  leading to Trap getting fired after nine years of no Scudetti. That heralded the entry of Marcello Lippi and one Alessandro Del Piero, who remains a living legend in my eyes. Title after title followed, before Calciopoli and the dark year of Serie B, and then the two seventh-placed finishes which brought us to the current reign of Antonio Conte.

With all that history, it's hard to pick one enduring memory of the team or a particular player. I remember jumping up and down on the couch as Peruzzi saved twice to hand us the Champions League trophy in 1996. Then there was that sensational performance by Del Piero at the Bernabeu, which resulted in the Real Madrid fans giving him a standing ovation as he left the pitch - unheard of. However, the winner would have to be Ale's last home game in Turin. Who can forget that emotional farewell, as he trotted around the field while the adoring crowd ignored the game that was still going on to pay their respects to the legend.

Having never been in Europe long enough to watch either of my two favorite football teams, it was like a miracle for me last summer when the schedule for the International Champions Cup was announced and Juventus were taking on Everton in San Francisco. That is a game I would travel the ends of the earth to be at, so doing a cross-country flight was nothing. Since the game was on our wedding anniversary, we turned it into a holiday and the wife got to meet Gigi and Conte, both of who tend to make her heart flutter, hah. While the game itself was nothing to write about, we had seats by the corner flag and got to see all the players up close and personal.

I've shared some pics here from the training session we went to the day after that game. 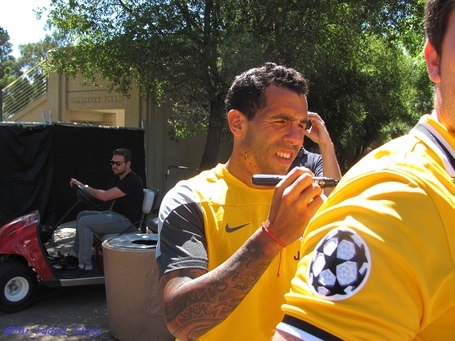 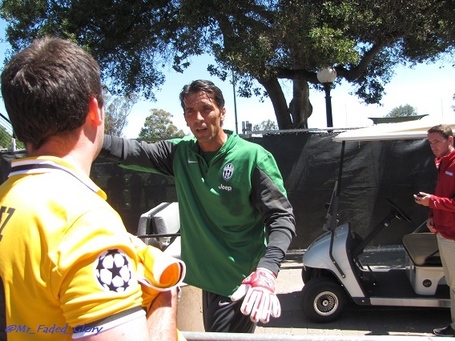 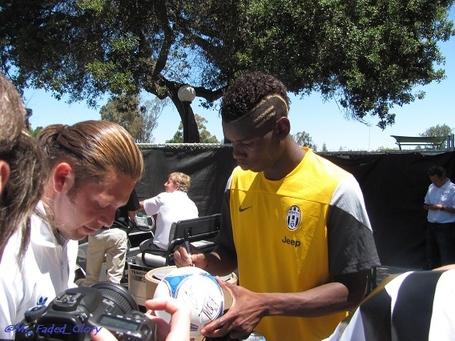 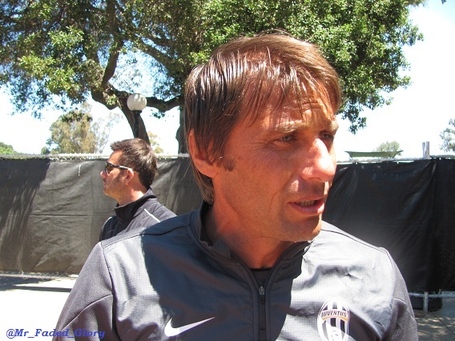 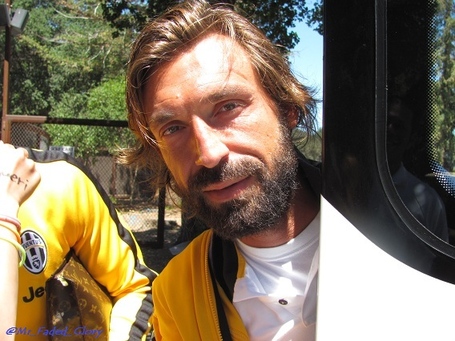 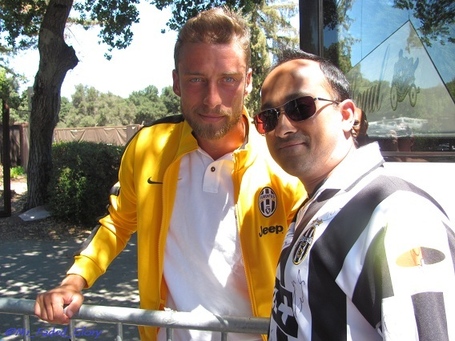 To finish off, apologies for the long post, thanks again to Danny for giving me this opportunity, and looking forward to interacting with all of you even more, let's enjoy our third title in a row and a fantastic season this weekend.. Forza Juve!