The mad genius of Antonio Conte — as narrated by Andrea Pirlo

Supreme beard possessor, grand wine connoisseur and overall midfield god Andrea Pirlo has just recently released his autobiography entitled "Penso Quindi Gioco", or "I Think Therefore I Play", in collaboration with Alessandro Alciato. The book has thus far collected excellent reviews, as the Descartes-inspired title seems to be an apt lead into the brilliant mind of one of the greatest players Italian football has ever produced. Throughout his narrative, Pirlo makes sure to describe some of the most influential people he has had the opportunity to work with during his long and glorious career, Antonio Conte being one of them. The following is a fantastic excerpt from "Penso Quindi Gioco" about Conte.

Share All sharing options for: The mad genius of Antonio Conte — as narrated by Andrea Pirlo 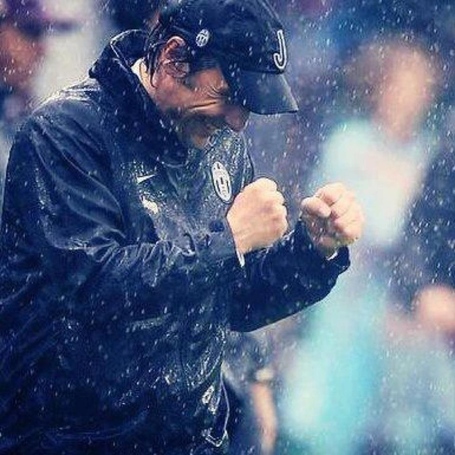 We instill fear, once again, more and more. A lot of people remind us of it daily, especially Antonio Conte who attaches newspaper articles in which opponents talk about us on the locker room door. Interviews and statements cut out with maniacal care and attached with Scotch tape to the entrance of the most secret room. Can't miss excerpts, the ones that must be read, are highlighted with red marker. First there was "The Worker President" [a reference to an old Berlusconi political campaign], we have "The Newspaper Stand Coach". Press release time happens at least once a week. The message is clear, against Juventus everyone transforms, even those who are desperate and have nothing left to fight for. They go for the upset, at least with words. They choose the way of provocations.

"Guys, did you see what this one says? That we have weak points.."

"Maybe it is bullshit, but if we are men we need to show on the pitch that he is making a mistake. And this other one? He's willing to swear that a moment of weakness will come even for us."

"Let's not fall into this trap. We have only one method of proving him wrong: winning. By the way, did you read the last line, the one I circled?"

"Yes, coach. That moron said that we are the most hated team in the world, that everyone knows it."

"He's right about that, when we see him on the pitch we will need to thank him, even, he gave us a compliment, it means we are back. That we instill fear, that we are honoring the name we carry. Remember: only those who do not win get the opponents' full sympathy."

"There, you see that? Among the thousands of idiocies he said, even he had a moment of clarity. Ah, you owe me an Euro and twenty cents, by the way."

Words cannot describe how much I love this man.