Share All sharing options for: Juventus-Milan Preview: Round 33 — Runnin' with il Diavolo

If the countdown to Scudetto No. 31 wasn't on before Monday's win over Lazio, then it certainly is now. The lead in Serie A has ballooned to double digits for the first time this season. And because of that, Juventus only need seven points in the last six games to win a second straight title.

The earliest Juve can clinch the Scudetto? May 5th. I think that date might ring a bell.

But there's still two games to be played before the first possible date to bring No. 31 back home, the first being Sunday night against Milan at Juventus Stadium. The first game Juve played against their Red and Black rivals? Well, we won't discuss it all that much. Actually, not at all.

The thing that is different from the last time these two teams played in Milan: Well, it's Milan.

Sounds simple enough, doesn't it? Yeah, it does. But the fact still remains: This Milan side is a completely changed squad from the one we saw when they played at the San Siro earlier this season. They've shot up the Serie A table and haven't lost a league game since January, which is obviously impressive when you consider how inconsistent they were in the first half of the season.

The objectives are clear for both teams — Juventus want the Scudetto, Milan want the Champions League. Come Sunday in Turin, one team will be closer to what they set out to achieve as the finishing line becomes that much more in sight.

Or at least that's the line of thinking.

I will let this picture do all of the talking. 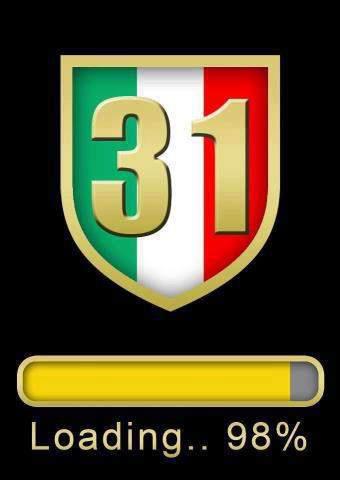 The defense rests. Plus-11 sounds good to me.

Multiple reports out of Italy over the course of the week said that Giorgio Chiellini will again be out of the lineup, the second straight game he has missed with his newest injury problems. I wouldn't say I'm surprised the way his health has been this season. At what point does Conte just tell Chiellini to lay low and get completely healthy? It has to be soon, right? RIGHT?

1. The Marchisio-Vucinic connection...if Conte goes with a 3-5-1-1, which everybody is predicting as of right now. As I said on Thursday, the 3-5-1-1's debut went as well as it could have against Lazio. And one of the best things to come out of it was how well Marchisio played in a more advanced role behind Vucinic. It will be interesting to see how the new Juve formation will do against a different set of tactics than those of Lazio, and that means there could be more — or less — room for Marchisio and Vucinic to operate. Either way, they are both two key figures in Juventus creating goal scoring opportunities. ("Thanks, genius.")

2. The El Shaarawy Effect. Nope, it's not reserved just for Vucinic, folks. While he's been in a slump as of late, the 20-year-old is still dangerous as hell when he's firing on all cylinders. At this point, we have no idea which SES will show up at Juventus Stadium Sunday night, but it's definitely possible he'll be raring to go after being benched last weekend by Max Allegri. And with no Super Mario in the lineup due to suspension, there's definitely going to be a spotlight on El Shaarawy to not only score goals, but to create scoring chances.

3. The Pogba Factor. Everybody loves them Paul Pogba. Well, unless you're the opposing team or a defending trying to stop one of his right-footed rockets from 10 feet away. But one of the reasons why a lot of people like the 3-5-1-1 is because it gets the young Frenchman into the lineup from the opening whistle. At least that's my educated assumption on the matter. He had another strong showing against Lazio, which isn't getting surprising at this point in the season considering what we've witnessed already.

4. The Asamoah Factor. The winter wasn't very kind to Kwadwo, as he saw his form dip from Awesomemoah to simply Meh-samoah. But over the last few weeks, there have been signs that the center midfielder-turned-wingback is getting back into some quality form. No matter who Milan's right back is on Sunday — and at this point things seem to be pointing in the direction of Mattia De Sciglio — Asamoah will be busy on both ends of the field. And that's especially true if Federico Peluso is the one starting on the left of Juventus' three-man defense. Thank goodness Kwadwo has lungs of steel...