Juventus' famous black and white stripes are going to have a new look in the coming years.

Okay, the look different every year, but don't nitpick, guys and gals.

Juventus Football Club S.p.A. has reached an agreement with adidas International Marketing B.V. ("adidas") for a technical sponsorship deal starting from the 2015/2016 campaign.

adidas will be the technical sponsor of all Juventus teams for a fixed consideration of €139.5 million over the six-year term. The consideration does not include the value of adidas products that will be annually supplied to the club or the programme of performance related incentives and bonuses available to the club.

adidas will manage all Juventus' licensing and merchandising activities for a fixed consideration of €6 million per annum.

The club may also benefit from additional royalty payments upon exceeding a threshold of sales.

For the current season and the 2014/2015 campaign, Nike will continue in its role of technical sponsor and trademark licensee.

Simple math says €139.5 million over six years is €23.25 million per season. And with the €6 million added on for "licensing and merchandising," that's about €30 million a season in total coming Juventus' way. And when you also consider the fact that Juve's shirt sponsorship with Jeep is up after the 2014-15 season, there's going to be even more millions going into the Old Lady's wallet.

Money's cool. Everybody loves them some money, especially a lot of it. But another matter: What will they look like? Will Adidas do something that looks good? How will the Juventus stripes fit in with Adidas' own three stripes?

A quick Google image search and what does the first result bring us... 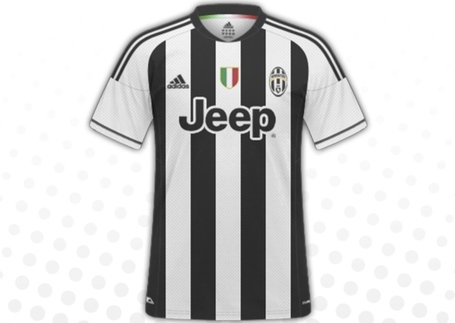 Meh, it could be worse. I guess the €30 million a season will make up for some not-so-pleasant jerseys prospects. Maybe the guys on the squad who wear Adidas boots will give them some input. One can only hope. I'd love to hear what somebody like Simone Pepe has to say about a few things. That'd be fun. Somebody make that happen.