Share All sharing options for: There Is An Empty Seat Around the Dinner Table And I Couldn't Be Happier

Despite the positive start to the new season, restlessness and disappointment reign sovereign in the mind of this Juventino. The "Income" column of the club's financial statement is still 443.7 million Euros short, money that would not only easily suffice to buy out the 36 million Euro minimum fee release clause on Fernando Llorente's current contract once a month for the next calendar year, but Jose Urrutia himself, as well. With Elia's tribune seat of last season being permanently taken by a(n) Nicklas Bendtner unfortunate soul belied into paying the season ticket fee to watch players Juventus would face trouble buying even in Football Manager (don't worry, I Ain't Mad at Cha, Beppe), Urrutia could safely accommodate himself on the bench somewhere between Rubinho and Padoin. They made these things longer for a reason, after all. 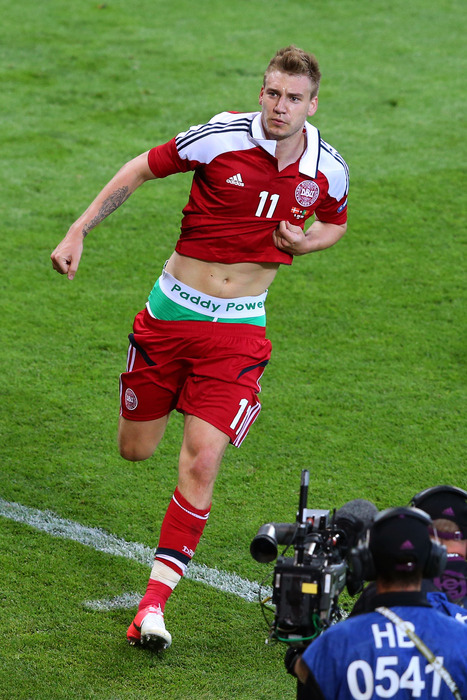 30 Sul Campo continues to have an asphyxiating grasp at first place in the "Most Original Pointless Point-Making Statement in the History of Italian Football" contest. Word around Serie A holds that Juventus ownership plans to sulk, stick out its tongue to the annoying FIGC bully all while taking its ball and running home as a follow-up. The ultimate playground disinfecting tactic.

Oh, Zdenek Zeman is somehow still deemed sane enough to hold down a coaching job in Serie A, too.

These are not the principal causes of my frustration, however. The aforementioned are the bright lights to the pre-existing pounding migraine. A migraine that goes by the Court of Appeals-upheld 10 month long suspension of Antonio Conte and the nonsensical, enraging yet disarming events that have characterized the last month of the case.

But it's not all sour grapes, as the resignation of Michele Briamonte from the Juventus Board of Administrators has proven to be a much needed breath of fresh air.

Let me start off by saying that Briamonte, as an attorney, is most definitely qualified. Although only 34, the CV of his present on the EXOR press release dated October 10th, 2010 in regards to his initial introduction into the Juventus Administrative Board and his profile on the Corporate Information section on the club's website are impressive: Turin boy, graduated from the University of Turin's law program with first-class honors, Visiting Scholar at the Cornell Law School, chosen by the International Olympic Committee as patronage lawyer for the 2006 Turin Winter Olympic Games, all while being part of the Franzo Grande Stevens law firm since he was 23 and a partner since he was 29.

More recently, the attorney played an important duty as a consultant to the club and Antonio Conte ahead of il Mister's trial court appearance. While not the sole legal adviser at both Juventus and Conte's disposal, Michele Briamonte was heralded as the architect behind Conte's initial Code of Sporting Justice Article 23 strategy. Under Briamonte's guidance, the Juventus head coach was to follow the path one of Antonio Conte's virtues would seemingly never opt to take on: come to terms with those accusing him and end the proceedings against him without admission of wrongdoing in hopes of a reduced sanction. 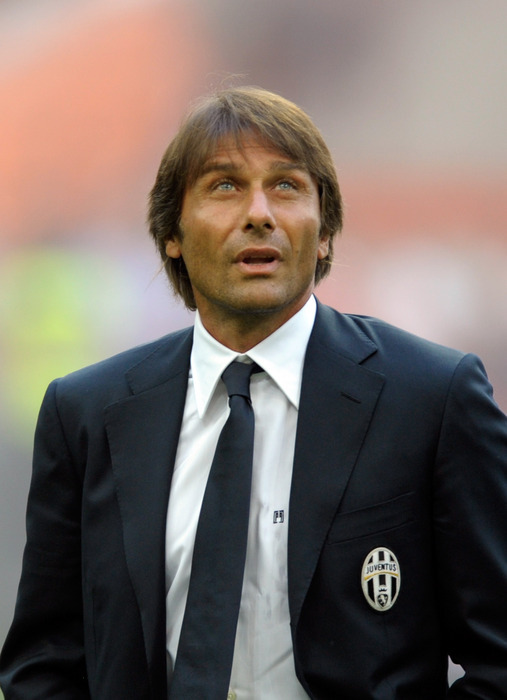 An understandable and fairly logical path that would have undoubtedly left the bitter taste of defeat in the mouth of the Juventino that captained his beloved club to the top of the world for more than half a decade, the man obsessive enough with winning to have named his first born Vittoria (Victory), the same head coach to have led his team to an impressive 40 games and counting undefeated in Serie A in just over a year. An agreement with the authorities that while nothing short of ideal for the Serie A champions facing a grueling 2012-2013 season would have led to Antonio Conte's name being, both ignorantly and unknowingly, associated with the non-erasable stigma of a pentito or offender-turned-collaborator for time to come by the public opinion. A bittersweet victory that would have not done much more than acquiesce the same blind public by providing them the head of the both carefully and carelessly selected scapegoat on a silver platter and allow a dysfunctional, irrational and medieval-at-best sporting justice system to claim another innocent victim.

Yet, in hopes of a speedy resolution, a trimmed suspension and a quick return to the sidelines, Antonio Conte hid his feelings, put aside his desire to fight and accepted the inevitable unfavorable consequences he'd have to face as a Juventino, a professional and as a man and followed Michele Briamonte's sensible, but cowardly advice to no avail.

Although ultimately good-intentioned, the seemingly submissive, almost transient defensive policy spearheaded by Briamonte and agreed upon by Juventus and Antonio Conte proved to be a time-wasting fiasco. The attorney's tactic served Juventus, Angelo Alessio and most importantly Antonio Conte little purpose, brought forth little significant progress and further understanding of the case while simultaneously setting the Juventus side back in the battle against a sporting justice system already taking its next step to the legal finish line.

Sometimes in life, Plan B is the most reasonable one of them all (no, not that one), and Michele Briamonte's passive approach proved to be the Plan A that should have never been implemented in the first place. Its lone accomplishments were more sleepless nights for Antonio Conte and a portrayal of Juventus as the confused child who in fear hands over his lunch to the bothersome bully hoping the latter will now leave him alone once and for all.

Michele Briamonte's short yet accomplished career made him a definite asset to the club's fortunes, and it is unfortunate Juventus has to lose the expertise of a professional of his qualifications. Antonio Conte's young, yet brilliant experience as Juventus head coach has not only been extraordinary but it embodies the absolute best thing to have happened to the club since that ill-fated 2006 year. What Conte represents for Juventus at this moment is more than a technical director, more than a motivator, more than just a simple head coach. With Del Piero off to Sydney, Antonio Conte is the captain, in an increasingly unreasonable transfer market, Antonio Conte is the Top Player that makes the difference, he is irreplaceable, period. Although of varying importance, nearly everyone else pales and seems expendable in comparison to Conte, even an Administrative Board member of Briamonte's caliber.

The fights of Antonio and Angelo are not over, and if the first two degrees of the Italian sporting justice system are much of an indicator for what awaits them and Juventus, one can't help but feel nervous ahead of September 21st. But Conte is now fighting his battle on his own terms and it's a reassuring feeling for which I couldn't be happier. And with joy I sing: