The summer is here. While the majority of fans of the beautiful game will use words such as annoying, boring and slow to describe it, for the Juventino in me, it is hands down the best season of the year. Why, you ask? You see, from a tender age, I wasn’t much the active type. My ideal summer day consisted more or less of an hour of play with the neighborhood kids and twenty three of television watching (I never slept back then, either). Although I was an avid and fiercely loyal fan of awful, Endemol-produced, Rai-adopted, Carlo Conti-directed game shows and anything Eurosport decided to show, soap operas always fascinated me…

Now that I’m older, things seem to have been turned upside down. My average summer day is the complete opposite of what I described above, with 7v7 or 10v10, two hour long football matches in 94 degree weather taking the place of the generic soap opera plot consisting of an extremely wealthy family and illegitimate, unknowing heirs raised in miserable conditions. Despite all this, I still love soap operas, which is why the further we get into the summer transfer market months, the greater my excitement grows for season three of “The Great ‘Toppe Plejersse (Marotta circa 2011 cit.)’ Hunt of Our Lives”, starring Juventus’ very own Beppe Marotta, Fabio Paratici, a slew of mostly Secco-era, salary budget-draining deadwood to raise transfer funds out of, and every other “toppe plejersse” Tuttosport can make a ferociously cheesy headline from once official (“DzECCO!" anyone?).

So let’s kick things off right, and talk about one of the more popular names as of late, that of Robin Van Persie.

When it comes to modern football, Van Persie’s name is one that does not need much publicity or introduction, as his popularity and the numbers he has been able to produce throughout his playing career speak for themselves. Despite starting as a left winger early in his playing days, the 28 year old Arsenal captain has developed into a successful center forward over time. Although he’s never displayed the prominent physical presence of some of the other elite strikers of the last decade like Didier Drogba, Van Persie combines a tall physique with great technique, outstanding dribbling, first touch and excellent shooting ability, all while being a talented and versatile enough forward to often drop back and help the team’s build-up play in the opposing final third with his creativity, vision and intelligent ball distribution.

The Dutchman’s well-rounded play and proficiency in multiple aspects of attack has not only allowed him to become a much more impactful forward throughout the years, but it has aided his progression into a focal point of both his club and national team’s starting squads. Arsenal’s 4-3-3 is heavily dependent upon Van Persie, while we were just able to witness the faith former Netherlands head coach Bert Van Marwijk had in him, with Robin being given the starting nod ahead of Klaas-Jan Huntelaar during the Euro 2012 group stages. 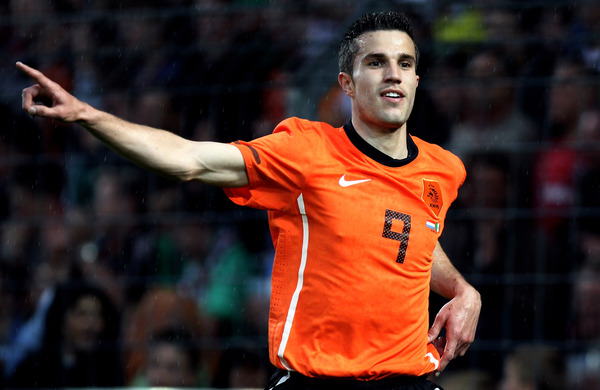 Robin Van Persie’s name first started to get linked with Juventus more ‘regularly’ this past spring, when speculation regarding his contract situation increased as the season came to a close. With his current deal at Arsenal set to expire in June of 2013 and the incredible form that has characterized his last year (41 goals and 16 assists in 56 games in 2011-2012), it didn’t take much for media all over Europe to begin the guessing game about Robin’s future. The late spring Juventus-Van Persie rumors culminated in May, when Michele Criscitiello, Italian sports journalist and host of the football news show “Calciomercato” on the Sportitalia channel claimed that Robin Van Persie had discretely visited Turin a week prior, while his agent Kees Voss met with Beppe Marotta and Fabio Paratici.

Major Italian sports media outlets and sources near the club seemed to hint that Criscitiello’s bombastic news bit was actually true (for once in his life), although the latter sources’ versions of the story had Van Persie taking a very short trip and visiting the club’s headquarters and Vinovo prior to flying back and joining his national team’s preparations ahead of the Euro 2012 and not the city itself, Juventus stadium and the club’s museum, as others claimed. As of then, the Van Persie to Juventus rumors continue slow but steady, fueled in part by the statement the player published on his official website on July 4th, where in hopes of shedding some light on his situation and rubbishing the incessant speculation, he announced: “I’ve thought long and hard about it, but I have decided not to extend my contract”.

The Possibility of a Move:

In order to not seem overconfident and absolute in my belief, I’m going to go ahead and say that the chances of Robin Van Persie being a Juventus player are slim at best. Yes, Van Persie is a top player, or “toppe profeshjonalle` (Marotta circa 2012 cit)” as Beppe called the type of player Juventus is on the market for. Yes, Van Persie is an elite striker, something Juventus most definitely needs on its roster to compete in all four fronts. Yes, Van Persie seems to be on the move and hungry for a winning project and potential silverware, and this Juventus is one of the more exciting projects in Europe. And yes, Van Persie’s well-rounded attacking play matches the profile of striker Antonio Conte could use to perfect his tactics even further.

However, in my eyes, Van Persie represents an investment no club in Italy is currently comfortable with making. Although I believe Juventus has the financial power to ultimately secure the services of Van Persie, I think his situation is far from ideal in Marotta’s eyes to pull the trigger. The investment the Dutch striker would require would be a significant one, even if his contract is up in less than a year’s time. Between transfer fee installments, agent fees, player’s gross salary and bonuses, Juventus would most likely end up spending upwards of 70-80 million Euros. When considered together with other factors such as this probably being the player’s last big professional contract, his age (Robin turns 29 in three weeks), the uncertainty regarding his potential success in an entirely different country, league and setup from England, the EPL and Arsenal, and his past injury troubles make Van Persie’s case just as delicate as it is risky, possibly too risky for Marotta, Paratici and Juventus to gamble on.

The profile of striker Juventus is searching for is a different one, as far as I’m concerned. Marotta doesn’t want to take big risks on the Van Persies out there. To strengthen upfront, Juventus is looking for players whose value won’t equal an arm and a leg; for players whose values are substantial but a bit more contained, who ideally have shown great talent already but have yet to fully establish themselves, for players who are young, yet have proven that they are capable of making the difference – I don’t know what else to say to describe Stevan Jovetic’s case, but more on that later. 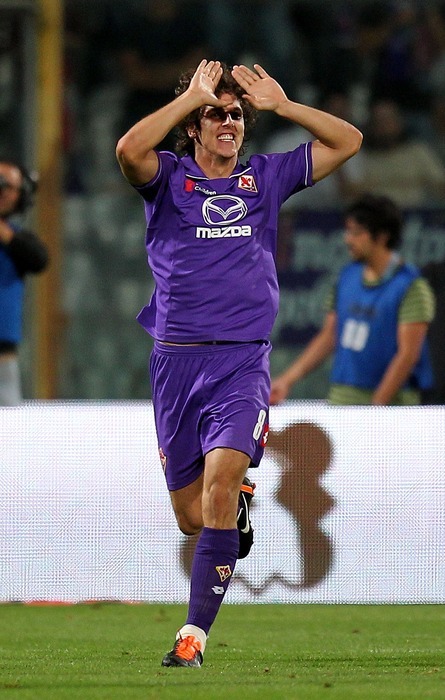 Robin Van Persie’s situation has two very probable outcomes: he will either find common grounds with Wenger and Gazidis, change his mind and ultimately renew with Arsenal in hopes of finally winning trophies with his favorite club, or he’ll end up at Manchester City once they offload a Dzeko or two, where Roberto Mancini can continue to have a blast playing real life Football Manager. Dreaming doesn’t cost a thing, but this was always a short one. 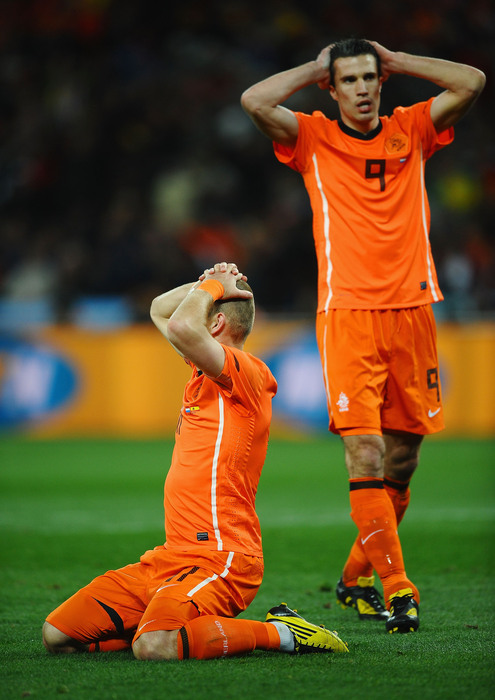