Round 36: Plus Three, Minus Three

Share All sharing options for: Round 36: Plus Three, Minus Three

The last midweek game of the season is here, and much like the last two fixtures, Juventus stands tall on the path to the scudetto, ready to erase the last shred of hope left in another troubled relegation-battler. After Cesena and Novara, Antonio Conte's hometown team is the club his men will be looking to push off the ledge in what is poised to be an exciting and nerve-wrecking week for us all. 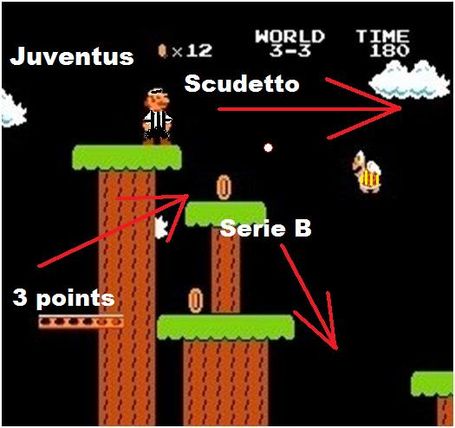 I know, I know, the above masterpiece has left you breathless! I can't believe my own talents at times, either. First I put Dr. Seuss to shame, then I bless you all with this stroke of genius; I promise to build a life-size Marco Borriello play doh sculpture and put it on Ebay (proceeds to go to the "Help Marco Borriello Reconcile with his Long Lost Barber" foundation, donations are welcome).

Le Chiavi: Like the last few, on paper, this match is tricky and nothing short of a massive headache. As Danny mentioned in the Novara preview, a loss against Juventus would bring an already in-danger Lecce team awfully close to a season long trip to Serie B. Mathematically they would still have something to play for in the last two weeks if they were to lose to Juventus, but after a disappointing loss at the Via Del Mare against Parma on Sunday, Lecce is as desperate as ever for points and what better morale boost for a relegation battler than snatching a surprise positive result away from home against the league leaders?