Allow me to re-introduce myself my name is...

Share All sharing options for: Allow me to re-introduce myself my name is...

Maybe we should try this again with Jay-Z paused this time, okay? Okay. 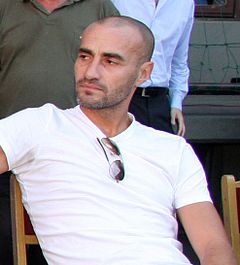 Hi, my name is Jorid. I'm 21, I enjoy candle-lit dinners, long walks on the beach and Paolo Montero defending. You probably know me from the Juventus Offside days, where I commented under jorid22 and Simone_Pepes_Butterflies (fuck you, Disqus). I figured it's pointless to tell you how enveloped and obsessive of a Juventus fan I am in this introduction for two reasons:

But just for a little background:
My Juve days began at the end of the '97-'98 season, where a seven and some change year old Jorid shamelessly chose to bandwagon the best club of the much followed (and still most popular football league in Albania to this day despite the rises to prominence of the EPL, La Liga and Bundesliga as of late) Serie A. The club was coming off of a pretty successful season, after having just won its 25th title in a century of history, had been a dominant force throughout the decade both in Italy and Europe and boasted a squad featuring, among others, Alessandro Del Piero. The same Alessandro Del Piero Andrea Agnelli handled piss-poorly for reasons unknown (attention and the desire to make a statement is my best explanation up to this point, both of which are awful motivations, but let's leave that for another day). 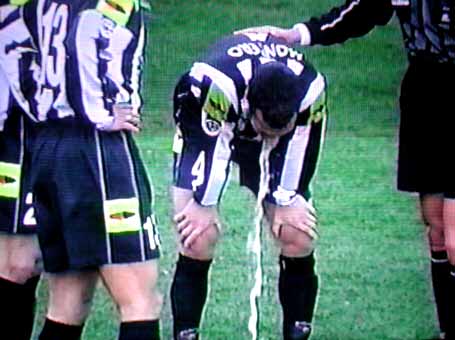 The rest is history after that '97-'98 season. Alex injures himself in Udine, Lippi resigns after a terrible season and the Parma debacle, Ancelotti comes up just short twice, Lippi comes back, May 5th, Gianni passes away, Nedved gets one match ban after foul on Guti and Juve loses against AC ChuckittoIbraandhopeforthebest, Lippi leaves, Umberto passes away, Capello dominates and sedates the entire peninsula only to come up short in Europe, Farsopoli, pain, Serie B, pain, trials, disappointment, more trials, more pain, more disappointment, fuck the 09-10 and 10-11 seasons and here we are. One month to go, one point advantage, seven victories away from a guaranteed double. I cannot believe it, this season has been the most wonderful of dreams. And to top it all off, I'm getting to write about my first love (as cliche` as it may be, it's true).
The news of John leaving was unexpected to me. I was surprised by it, and I was even more surprised when Danny reached out to me and asked me to contribute. Let me just say that if the journalism thing doesn't last for Danny, he's got a future selling ice to the Eskimos, or as a Juventus DG. I mean, he's pretty convincing. I'm talking Luciano Moggi pursuing Pavel Nedved circa '00 level of convincing. I'm pretty sure he inspired Sade's "Smooth Operator", as well (little known fact: I discovered the Offside in early '09 after a link I found in a Bleacher Report article Danny had written on Sebastian Giovinco).
Fast forward a month and a few emails later, I'm here writing this introduction. Just like Jose, I'm absolutely stoked to be here writing to you, it's an honor being considered a worthwhile writer to write for Juventus for all of you, and I promise to give it every ounce of creativity and thought in me. It's also an honor to be considered a worthwhile writer by Ivo and Danny to replace John, who did a wonderful job throughout his tenure both on the Offside and on here. Thank you, guys. John, wish you the best of luck and promise I will do my best to keep the quality writing that has always characterized this site and community going. Jose, here's to us writing only for victories and successes!
I apologize for the allovertheplace style of this piece, super long day. Before you think "this worthless hack forgot to take his Vyvanse again!", just wait. I think you'll enjoy what I have in mind for the near future.

With that said, HOLY **** am I excited for Sunday. Even with Bergonzi as referee, I'm dying for Juventus.

Especially since we're almost there. 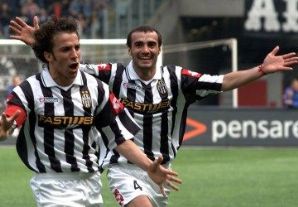