Round 29: Biscione in the Grass

Share All sharing options for: Round 29: Biscione in the Grass 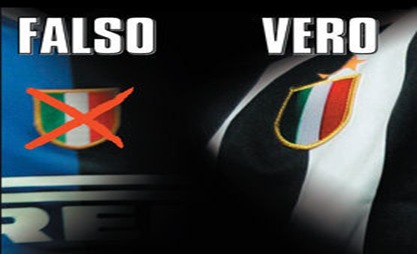 To be completely, 100% honest, I haven't had a case of writers' block since I began here over a year ago. But I'm feeling a little something right now. My fingers move, but my keyboard pumps nothing substantive or even coherent. Right now, there really isn't anything else that can be said that hasn't been said before. I can't recycle the perfect graphic because it's already been used. I can't reexplain all the reasons I detest this team, for so many reasons on and, especially lately, off the pitch. I can't reexplain how their fans make Boston Red Sox and New York Mets fans look like humble, objective, fair, lovers of sports.

Let's destroy this team, at home. Let's remain undefeated. (Yes, we still are). I know that this rivalry has been overshadowed a bit this season, and rightfully so. We're fighting for the S_______ with ten rounds to go, and the team we're chasing isn't that other team in Milan. Meanwhile, Sfinter is paying for the sins of past largess and a strategy consisting mainly of tearing down the entire rest of the league and sport in your own country since a) you can't beat any of the other top teams, and b) you don't have any players from that country anyway. It worked. For a bit. But payback is a bitch. Giorgio, you're right. Do what you do.

Of course, this will be wrong. I've been scratching my head over Conte's selection choices for quite some time, but now I've finally gotten to the bottom of it.

1) Elia, Quagliarella and Krasic must have gotten caught showing up for a Bunga Bunga party with Signora Conte.

2) Borriello has pictures of Conte without hair plugs, and has threatened to release them to the world.

Antonio, please, stop holding a grudge. And as to the latter, we all already know. He can't hurt you anymore. Leave him in the stands.

And I'm sorry, but I'm going to have to disagree with Ivo and Danny. Yes, his overtime strike was a true golazo, and Florence was a true thing of beauty, but Mirko's overall performances by and large continue to leave much to be desired. That is, until they change the rules so "the side of the net" counts as a "in the goal." Vucinic, sit down.