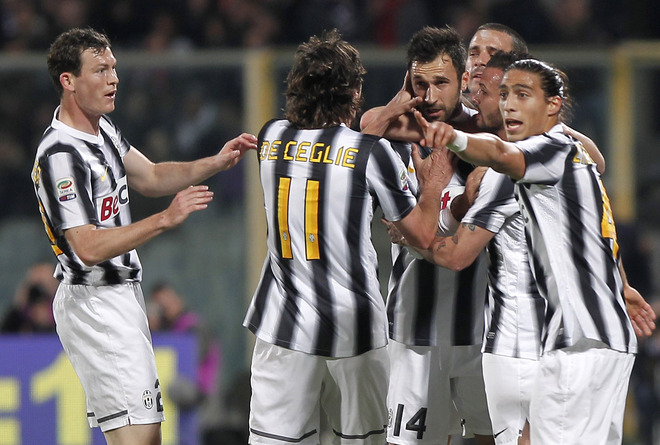 Well that came out of nowhere! Okay, maybe not completely out of nowhere, but seriously, how many of you expected a 5-0 Juventus win at Artemio Franchi? Exactly.

What many did expect was for Juventus to finally lose it. Just go completely nutjob. After 4 frustrating draws and a long spell of mediocre play, "drawnitis", and barely winning by minimal margins, it was only a matter of time before we either went big or went home. And boy did we go big!

Plenty of things went Juventus' way during the match that lead to the final scoreline:

It was just one of those days for Juventus. Once we started scoring and Fiorentina went down to ten men, everyone felt like we could've scored 10 by the end of the game. It was a rare sight for our Bianconeri, not only this year under the always conservative Conte, but in Serie A in general. It felt amazing to watch and couldn't have come at a better time. 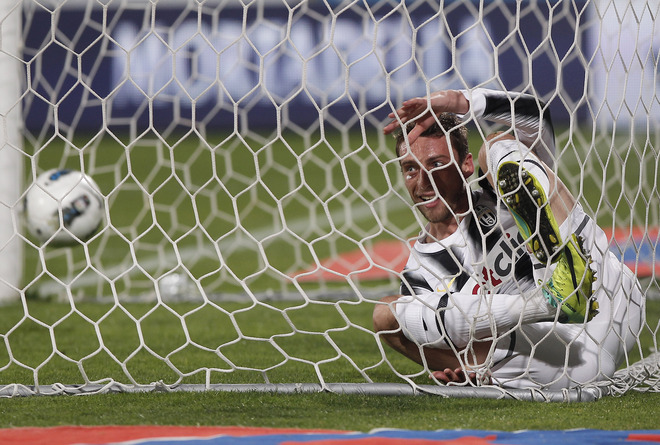 Buffon: 7 - Needed to make one save and he dully delivered. He's seen a bit of a shuffle of defenders in front of him lately but hasn't allowed a goal yet. Grande Gigi.

Lichtsteiner: 6.5 - Since Fiorentina played with 10 man for most of the match, Lichtsteiner was able to get forward a bit more and get back into his crossing rhythm from the first half of the season. Defensively he covered well, marking Vargas is never easy but the South American didn't have the best of games himself.

Caceres: 6 - Did his best Bonucci impression early on with 2 careless turnovers that could've let to dangerous counter attacks. Luckily, La Viola didn't take advantage. Recovered in the second half and passed the ball better.

Bonucci: 6.5 - Didn't have much work to do guarding Amauri, though he was always ready for the aerial duels back in defense. He played a smart, simple game and didn't attempt anything too foolish. He definitely needs a more experienced defender alongside him to play his best though.

De Ceglie: 7 - Once again, Paolino played with a lot of poise. He was up for every challenge and looked surprisingly confident running with the ball in attack. Then again, it's easy to get confident in games like these. If he consistently plays with 90% off the performance he had against Fiorentina he has a very good case for a starting spot in Conte's team. 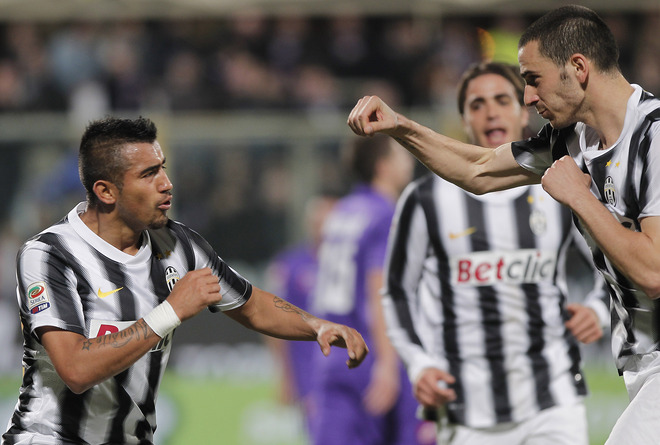 Pirlo: 8 - Found his grove early and led the team for most of the game. Completed 94% of his passes for a total of 134, scored a beautiful finish, and overall controlled the game. As soon as Cerci was dismissed he found space to do whatever he wanted. Finally, for a first time in a long time, he was heavily helped by Marchiso and Vidal which made his job a ton easier.

Marchisio: 7.5 - It had been 104 days since he last scored against Cesena on December 4, but none of that matters any more. For the first time in a while, Marchisio looked his old self, pushing forward in the right moments and recovering the ball when necessary at the back. He even got an assist on Vucinic' opener. This should do wonders for his confidence, as he's been a very streaky player this season. Let's hope this is the start of a good streak ahead.

Vidal: 7.5 - Like Marchisio, Vidal also looked more of his old self from the beginning of the season. He was simply having fun out there. Did well to stay with his shot and score a goal he'd been searching for a while. After all the talk about his brawl in a bar over the weekend, he celebrated the goal with a brilliantly fitting celebration. Love it.

Pepe: 6 - I know it's easy to hate on this guy, but seriously, the low grade has nothing to do with that stereotype. In my opinion, Pepe played the most underwhelmingly of all Juventus players. He put his work in but did little to make a difference in the game. His job day in and day out should be to make sure Matri scores. Unfortunately, he's just not right for that job at Juventus. As Giaccherini, hoping he can be a great burst-of-energy sub next season (coming in for a baller right winger).

Vucinic: 9 - I know what you're thinking: "You freakin crazy Ivo?" "You're giving Mirko a 9?!?" Hear me out though. Shot at the post, a goal, 3 assists (I give him the Vidal one too), and overall very simple football from Montenegrin. Why can't he do this every week? Or at least every other week?

Matri: 6 - There is only so much we can blame on bad service. Matri just wasn't in the right places at the right times, and was a bit overshadowed by our midfield's aggressiveness in offense. He only had 14 touches in 60 minutes, and his first touch was often too heavy. I wish he stayed on for the full 90 as I'm sure his rhythm gets killed off being subbed out every game, but Conte did seem to want to rest him up. 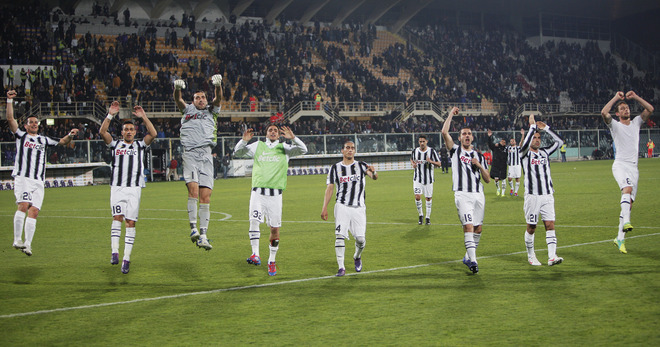 Padoin: 6.5 - Actually had the best passing ratio of all Juventus players and ended up scoring a goal. Not a bad run out for Padoin.

Conte: 7 - You can't really attribute this big win to Conte, but he does deserve partial credit. It would have been wonderful to see Del Piero come on instead of Quagliarella. It's scary to think he only has a couple months left at Juventus ;(