Remember the last time these two teams played one another?

It was a few months back and a lot has happened since then, so in case you forgot, here's a short recap: 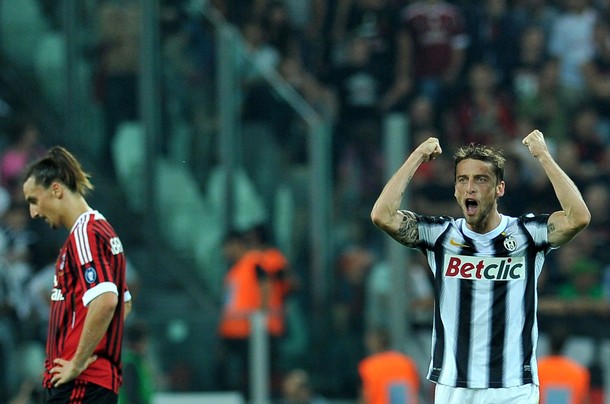 That was fun. I believe the best way the game was described was courtesy of Sky Italia, calling Juve "possessed." I would love it if that kind of game happens again — especially since it's in the Devil's house.

TEAM NEWS: No huge surprises in who Conte has called up for the first leg. Pepe misses out because of his re-injured ankle and Meelosh is not included as speculation of a move to Russia continues to grow.

For Milan, it's a little different. Allegri has called up only 19 players. He's got a load of players missing out — Abbiati, Nesta, Pato, Muntari, Aquilani, and Nocerino. Toss in long-term absentees like Boatang, Gattuso, and Cassano, and the Milan squad is looking a tad bit thin. Too bad we don't have a spare Amauri to give them. Wait, scratch that.

UPDATE: We have lineups!

IN CONTE WE TRUST!