Well, since I guess I dropped the ball and the window is now officially open, I can't call it a preview anymore. No matter. We'll continue our discussions all month long, in all its madness.

As I've previously discussed, perhaps second only to our defensive need(s), is another midfield option, particularly now that Conte has shelved his typical 4-4-2 (4-2-4 for our hipster readers) in favor of a 4-3-3 of sorts.  While plenty of options are available, neither Pazienza nor Marrone can do what Pirlo can do.  Meanwhile, the three-man midfield means both Vidal and Marchessi (you heard it here first!) are always fielded at the same time, leaving reserve options thin at the CM role and consequentially a surplus of wingers (but that's another issue for another day).  One thing that thus now seems clear is a new center midfielder will be on its way.

I wouldn't have even thought of David Pizarro a week ago, but all signs seem to be pointing to him as being the winter midfield reinforcement.

Why it could happen:  Apparently, we're trying to sign Roma's entire bench. 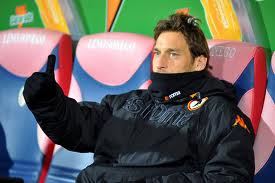 Until we end up signing Francesco Totti in our neverending effort to a) sign as many ex-Romanisti as possible, and b) collect as many 2006 World Cup winners as possible, we'll be satisfying the former with Pizzaro on board.  He's been out of favor with Luis Enrique, is an underrated deep-lying playmaker, and can be had on the cheap, and preferably on loan.  It wouldn't be the worst move ever but, at 32, he's certainly not the heir to Pirlo.  Which could make sense if there is another long-term contingency in place such as bringing Giondonato or Ekdal, if he even still exists at this point (seriously, has anyone heard from him?), back to play that role.  Of course, we still have Gabriel Appelt who is just now eligible to play with the first team, but undoubtedly won't be ready just yet.  Perhaps some combination of Pirlo with Pizarro as his backup can get us through the next 1-2 years until Gabby is (inshallah) Serie A-caliber?

OR perhaps there's another plan.

Juventus and Fiorentina have a long history.  Of course, people always think bitterness, but that animosity is typically reserved amongst fans and, more frequently, the ones in purple who are all too used to being the less successful rival.  What's worse for them are the number of high profile transfers that went from Florence to Turin, not the other way around.  Roberto Baggio is probably the most high profile and outrageous of all time, and less we forget Felipe Melo.  Certainly Riccardo Montolivo in black and white wouldn't be the craziest thing I've seen all year. 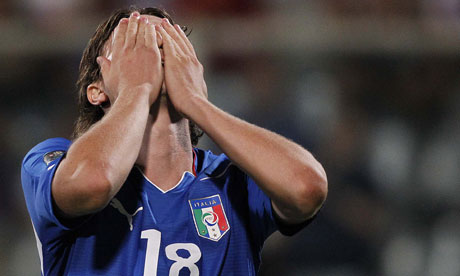 Why it could happen:  Well first of all, he's refused to sign an extension with Fiorentina, and his contract is up in June.  Milan have long been named as admirers, but the interest seemed at its peak around last summer, when conventional wisdom was they hoped to pry him away from Fiorentina, using the fear of losing him for nothing as leverage to secure his services for a nominal fee.  Since then, Milan have signed Alberto Aquilani on a cheap loan with a cheap right of redemption, and Antonio Nocerino, also on the cheap.  And they still have a bunch of other midfielders on their books.

Meanwhile, this would make sense for Juventus.  It fits the Italian policy which Marotta swears by, as well as the cheapskate policy.  It would add a 26-year-old vice Pirlo to the squad.  And it would suit the team's needs and formation.

Late last July, Vucinic was signed, Sissoko and Melo were offloaded and suddenly there were rumors that Juventus would try and return Aquilani to Turin, with Conte switching to a 4-3-3.  While it was probably nothing more than a mere rumor, the formation switch proved prophetic, and the need for another Aquilani type is now there.  I'd rate Montolivo on about Aquilani's level and if Juventus don't work out an inexpensive deal for him this month, I wouldn't be surprised if they use January to work out a pre-contract with him for June, ala Reto Ziegler.  The latter is more likely in my opinion; particularly if the Pizarro deal goes through, and it's simply a loan with a non-binding option.

Every mercato analysis could use one of these, and that's pure fantasy.  But Montolivo isn't the only Italian international midfielder who is up on a Bosmon come this summer.  That's right.  I'm talking about you-know-who... 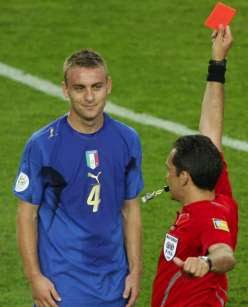 This could be all ours!

And because I want it to.  Unfortunately, I may be the only one.

No, he doesn't fit the vice Pirlo role -- he's simply not that kind of player, but he's clearly world class.  And he's recently shown that he can play center back in a pinch, and do it well.  Didn't we need an extra one of those?

Why it won't happen:  He doesn't fit the vice Pirlo role.  And, he's Roma's favorite son, second only right now to Totti.  If he does leave Roma, he probably won't stay in Italy.  Period.

As it stands, the most likely scenario would be Pizarro.  Although, at the end of the day, the only move that has officially been made is for the position where we have the least area of need.  Great.

What do you think?  Who would you all like to see?  Anyone else?  Discuss.