While we prepare for tomorrow's clash at Parma, why not try out some erbazzone (herb sandwich) to get into the mood?

Meanwhile, it's time for us at the Juventus Offside to bid farewell to our friend Luca Toni, who has is off to Riyadh Dubai somewhere (flip a coin) to join Al Nasr Football. I was never the biggest fan of big Luca's signing, because 2006 ended 5 years prior, and the bumbling, awkward gentle giant didn't seem like the striker we long-craved; particularly after the injury of the far more mobile Fabio Quagliarella. But, when it became clear that he arrived to replace Amauri on the bench, meh -- I could live with it. And of course, I loved the song, and will miss that the most. I have not had the chance to play it all year, although big Luca was of course the first person to score at the new Juventus Stadium, albeit in a friendly and in typical poacher-Luca fashion.

So, for one last time, here it is...arrivederci Luca...numero uno!

Speaking of Amauri, what a week it's been. While some people are inexplicably excited about having them on their team, all I can say is, good riddance. The match report from yesterday described him as a bit rusty. I think that may just be him. Have fun with him. 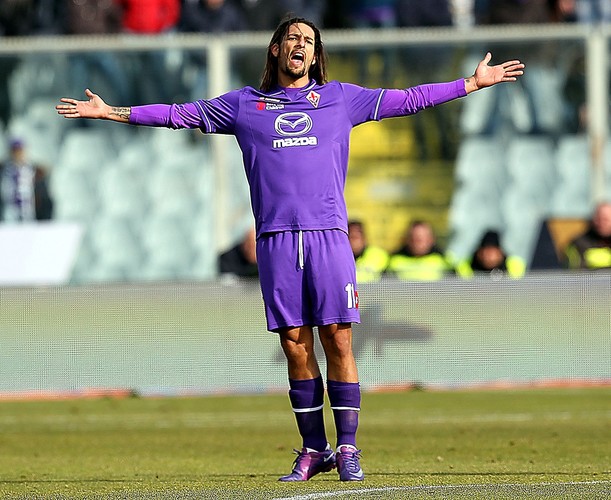 Is that Jesus on the hill in Rio? Nope, it's just Amauri. Who is even less mobile.