Round 20 Preview/Game Thread: Protect This House

Share All sharing options for: Round 20 Preview/Game Thread: Protect This House 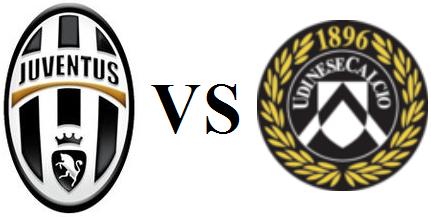 We've officially entered the second half, ladies and gentleman.

"Winter Champions" has a nice ring to it, huh? Now we can all walk around with a little extra hop in our step with our ADP or Marchisio jerseys on. Ah, but you all know what will be better than winning the first half of the season, so I don't have to remind you.

I'll just be Mr. Cliché and look at things one game at a time.

Weren't Juve just playing these dudes from Udine? Yeah, they were. Thanks to all the confusion that had to do with the Serie A strike, for the second time in five weeks, Juventus will be matched up against its bianconeri brethren. But now it's in our house, the beautiful palace that should be rocking from opening whistle to hopefully the final one.

And as we sit just a few days away from February, each game gets even that much more important — especially against a team that is just a win on Saturday away from tying Juve on points.

Here's to hoping this sporting event turns out a lot better than the one I sat and watched in my recliner six days ago. (You're welcome, John.)

Okay, I got that out of the way. Now back to Udinese.

Conte has switching around his formation in recent weeks. Will he go with a three-man defense like he did against Roma in the midweek Coppa match? Stay with four a the back? Most reports seem to think that Conte will indeed go with a 3-5-2. I guess we'll have to wait and see. (Check out this quality piece from James Horncastle on the subject.) This may be the Mister's biggest decision of them all. Seeing how well the three-man defense went against Roma, I wouldn't be surprised if he went in that direction again against Udine.

Also of note is who Conte will go with up front. Does he stick with the slumping Alessandro Matri, or go with Marco Borriello? Quags or Il Capitano? Borriello had a very good showing against his former club, Roma, in the Coppa Italia match and could be handed his first Serie A start with Juve if Conte feels Matri isn't the best option.

Speaking of guys who have scored a few goals in their career, keeping Antonio Di Natale in check is obviously one of the biggest keys to this game for Juventus. Toto himself has scored more goals (14) than the Juventus D has allowed (12) this season. Let's hope that the defense can do the same kind of job they did on Di Natale last time these two teams played and that his form against Juve — only three goals in 12 games — stays the same.

Good news: No Juventus players are suspended for this one, while Marchisio and Pepe after picking up a knock against Atalanta. And we all know how Marchisio likes to score amazing goals against Udinese.

Udinese also have a trio of players — Mehdi Benatia, Kwadwo Asamoah, and Emmanuel Agyemang-Badu — away at the African Cup of Nations, which makes Guidolin's squad selection that much more limited.

Bad news: No Vucinic at Conte's disposal. The knock to his knee he picked up against Atalanta last weekend is still bothering him, so he will be watching from the stands when his teammates take on Udinese.

IN CONTE WE TRUST! AND WIN ONE ON BUFFON'S BIRTHDAY!