In the back of my mind, I always had hope that one day Martin Caceres would again wear bianconero.

He was one of the few good things to happen to Juventus in a 2009-10 campaign full of absolute suck. He was everything that Juventus hadn't been that season. He filled a void at right back that our beloved Old Lady had been looking to fill in a post-Calciopoli world. And even though he was on loan, he showed plenty of talent and promise and played with a certain grinta that made it easy to become a fan of his. 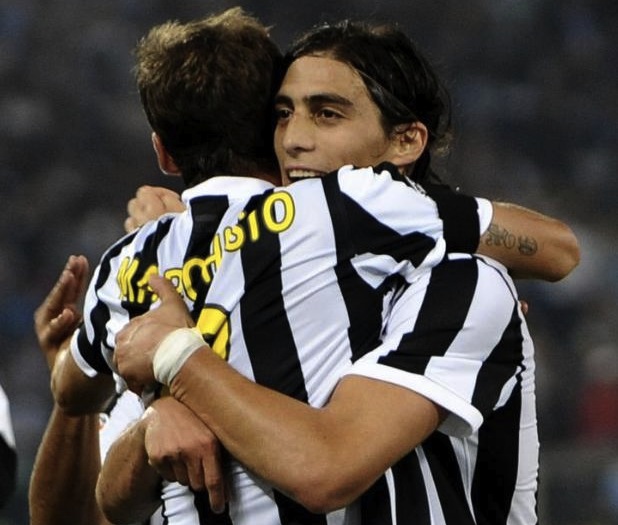 But the realization was that when he went back to Barca after his season-long loan spell ended — and subsequently sold to Sevilla for a bag of balls and a candy bar — the prospects of the high-sock wearing Uruguayan coming back to Turin were not all that bright. It wasn't because Beppe Marotta didn't rate him, but due to the fact that Barcelona weren't budging from the fixed price (€12 million) that was established in the original deal.

And when there were rumors of a potential return, it seemed like they might be too good to be true. We all know how the Italian press can be. They are the ultimate tease. Worse than anything there is. Damn rumor mongering fools they are.

Ah, I love being proven wrong.

That’s right. After weeks upon weeks of hearing about it in the Italian rags, the much-talked about return to Turin for Mr. Caceres is now official after Juve and Sevilla agreed to a initial loan for a fee of €1.5 million with an option to buy set at another €8 million.

Can this week get any better? Amauri is gone forever. Juventus are in the semifinals of the Coppa Italia with Milan as the opponent. Il Capitano scores his first goal in the brand new stadio. And now, Caceres to Juventus 2.0 becomes a reality and not just something all of us wished for.

It’s a fantastic move. Not only for the player himself — who has made his admiration for Juventus no secret in recent months — but for the club he is coming back to. He is exactly the kind of defender that you’d expect an Antonio Conte-led team to have. He is as versatile as it gets. Right back? Sure. Left back? Sure. Center back? You better believe it.

He gives Conte plenty of options. If the Mister wants to go to a three-man defense, he can do that now. If he wants to give Stephan Lichtsteiner a rest, he can go right ahead and do that, too. If he wants Martin to become the starting left back, there's no reason think why he shouldn't be able to succeed there.