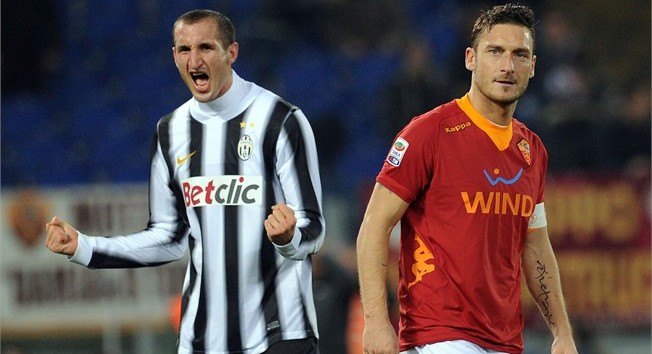 Yes, I'm alive. There was plenty of screaming (thanks, Kyle Williams) at my television, but nobody — or remotes — was harmed after the 49ers lost to the Giants on Sunday. And surprisingly, John and I are still talking to one another. Quite a development after such a crap outcome.

Here we are. The quarterfinals of the Coppa Italia. Juventus vs. AS Roma.

Team News: No Marchisio and Pepe due to the injuries they picked up last weekend against Atalanta. (Also, nobody goes off the pitch on a stretcher like Simone does. Boss.) Vucinic and Elia also miss out because of their own respective injuries. No word yet in regards to if Eljero has posted another complaint on Twitter.

San Gigi is also not amongst the 20 players called up Antonio Conte, as the Mister has decided to give his No. 1 keeper a game off. Quite an easy decision to make when you have Marco Storari as your team's backup.