Guest Post: Guarin vs Caceres: Talent vs Need – Who is It Gonna be?

Share All sharing options for: Guest Post: Guarin vs Caceres: Talent vs Need – Who is It Gonna be?

By Dave Tjandra, long Juventus fan and writer at Signora1897.com. You will sure recognize him from our comment section here at Juve Offside as Dwicarta. Follow him on Twitter for a Homer avatar in a Juve jersey in your daily feed :)

Let's see. On the one hand, Beppe Marotta has the 25-years-old Colombian central midfielder, Fredy Guarin. Although he hasn't featured regularly for Porto, the mezz'ala owned Gago and the rest of the Argentinian midfielders in the 2011 Copa America. He's physically imposing and very good in transition from defense to attack (and vice-versa) with a good eye for passing and shooting.

On the other hand, he has Martin Caceres, the 24-years-old versatile Uruguayan who has played for us in the 2009/10 season on loan so he's already familiar with Serie A. His play for Uruguay during the 2010 World Cup at LB was impressive and he's the starting RB for Sevilla. Grinta? So far, he has lost a tooth during a game (and keep playing on for sometime!) and got a lacerated kidney from an opponent. I'd say the fan-favorite during his loan spell here is a Juve-kind of player. His joining us will relieve both fullback positions, not to mention his ability to play CB as well.

The Colombian is certainly the more talented player but is it that simple? Do we go for talent (Guarin)? Or need (Caceres)?

Most of the times, like in NBA, talent always prevails, providing he's a good professional. But is it the case in football, especially in Serie A, where a teams is as strong as its weakest link? And more importantly, is it the case for us?

Now, let's take a look at our current defense and central midfield:

Grosso will be gone by June and every Juventino would shudder with fear every time Motta set a foot on the grass. With Sorensen loaned out to Bologna, that leaves Lichtsteiner as the sole RB and De Ceglie as the only pure LB. Too thin. It's so thin it makes Calista Flockhart look like Rosie O'Donnell.

If Caceres comes, the versatile defender will most probably start at LB and cover the 28-years-old Lichtsteiner at RB. And that will give us Bonucci and De Ceglie as the defensive backups. Pretty solid.

Having said that, Chiellini can play LB as well and if Caceres doesn't join us, De Ceglie, who has shown a marked improvement in the last two games against Cagliari and Atalanta, will be the starting LB and Chiellini will back him up.

The most important issue for Marotta then he'll have to find a reliable backup at RB to deputize Lichtsteiner.

Advantages if Caceres comes:
- Versatile: can cover RB, LB and CB
- Familiar with Serie A and will fit right in
- Unquestioned grinta
- Conte can play a wing back (or a three-CB) system with similar quality at both wings
- Can be our starting RB/LB for years to come

Concerns if Caceres comes:
- De Ceglie's progress. If the Uruguayan comes, De Ceglie will be the 2nd or 3rd choice at LB and either way it will stunt his progress. It won't take long for his agent to ask for a transfer to another club.
- Caceres is right-footed so it remains to be seen if he can cross from the left as well as he does from the right.
- Injury-prone? His time here was blighted with injuries but aside from his lacerated kidney caused by an opponent, he's pretty much injury-free during his one and a half stay in Sevilla so it may just be a non-issue.

If Caceres doesn't come, what must Marotta do?
- Get a reliable backup at RB
- Get a Bocchetti: If Chiellini is unavailable, there's no backup at CB and LB

Our MVP is the unquestionable MVP so the question here is the substitutes. Pazienza is decent backup, in my opinion, but his lack of playing time has caused his agent to create waves during this winter mercato. Both Marrone and Gabriel are still young but if Pazienza stays, those two youngsters will be enough for the rest of the season. Furthermore, Conte can switch to a two-CM system to accommodate the lack of CMs when a starter or two are unavailable. 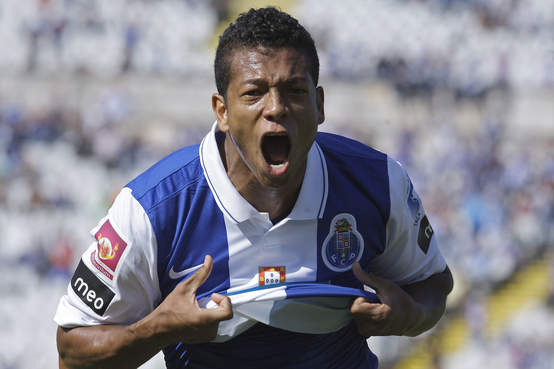 If Guarin comes, he'll add depth to an already very good collection of central midfielders. If one of the MVP, especially Marchisio or Vidal, is having an off day, Guarin can come in and provide quality without the midfield losing a beat.

His arrival will definitely push Pazienza out of the door but won't hinder Marrone and Gabriel as they are further down the pecking order.

Advantages if Guarin comes:
- Added depth and quality in CM. Will certainly be one of the best, if not the best collection of CMs in Serie A.
- The depth will be very useful during the anticipated participation in the Champions League next season.

Concerns if Guarin comes:
- Time of adaptability to Serie A. More likely than not, his impact will be felt next season at the soonest, after he already has half a season under his belt.
- In the 2010/11 season, he's not a starter even after Raul Meireles left for Liverpool. He's still made many subs appearances, though, and help Porto achieved an unbeaten season (27 wins, 3 draws, and no losses under Villas-Boas).
- Professionalism: unknown. If he has a good character, he has a chance to have a successful career in Serie A like his countryman Faustino Asprilla in the 1990s (with Parma, a household name at that time). If he doesn't, he can be sent on loan to Turkey after only half a season.

If Guarin doesn't come, what must Marotta do?
- Keep Pazienza, if he wants to stay. MVP + Pazienza should be enough this season.
- If Pazienza doesn't want to stay, there area a wealth of midfielders/mezz'ala in Serie A who can help: Radja Nainggolan (Cagliari), Angelo Palombo (Sampdoria), Valon Behrami (Fiorentina). Zdravko Kuzmanovic (Stuttgart), who has played for Fiorentina, is not a bad option, either. Of course, each of those midfielders has their own quality, prices and advantages/disadvantages but they will help.

Looking at those points above, in my opinion Guarin is the more high risk and high return option. If the defense is injury-free and Guarin turns out to be a good professional, we'll be set at midfield (Guarin, Marchisio, Vidal and Gabriel/Marrone) for a foreseeable future. If it doesn't pay off, it's €11 million down the drain.

Caceres, on the other hand, is the much less risk option with a considerable return (especially if we can get him at around €8 million). The versatile defender can cover all positions in defense and will instantly patch holes in it. Lichtsteiner-Chiellini-Caceres combination? Grinta and blood. He probably won't be a world-class player but at only 24-years-old, he can be very good and will certainly be a valuable member of the team for a long time.

For me, this long-winded article comes down to him: so it’s pretty clear where I stand. That and a 28-years-old Stephan Lichtsteiner runs from one penalty box to another for 90+ minutes week in and week out. But in the end of the day, whoever the team choose, I’ll welcome him and say, “Benvenuto alla Juve” and “In Conte I trust.”