Okay, so I'm going to try something new. Live blogging. I tried setting up an account with live blogger, and it looked really complicated, so I am just going to keep updating the post from Word Press. I also reserve the right to stop at any time if I get bored, annoyed, or angry.

Will De Ceglie play (it' s looking like he is going to!)? Will Pirlo look really really stoned? Will Danny and I remain friends after tomorrow?

And more good news, De Ceglie is indeed starting.  Good for you, Paolino.

God, German Denis scares the ever living bejesus out of me.

1' And there's the kickoff!  So nice to see Giorgio back in the middle.  Where he belongs, dammit.  Show me what you're made of, PDC.  Move that ball.

2' Fox Soccer commentator saying that 68% of the time, the Winter Champion has won the Scudetto.  Prediction:  this will be the only correct statement made all day.

4' Pretty bad foul by Marchisio.  In other news, today's beer was brought to you by Trader Joe's, with Vienna style lager.  Schelotto looks tricky down the wing, and I have a feeling I am going to need these.

8' "Moralez takes the ball away from Pirlo..." I have a feeling I'll be hearing that a lot today.

8' Pepe, Cazzo!  Put that on net at least!  Force a save, at least get a rebound chance.

13' HOLY DE CEGLIE!  Trying to do a Quagliarella impression.  Keep the pressure, boys...

22' Eesshhh, Mr. Clean actually does have blood running through his veins, and not tile cleaner like I had always thought...

26' Come on, make these corners count...we have some tall players, remember?

28' Foul Chiellini, dangerous spot for a free kick.  Someone needs a shot...

30' F!  Offsides, not that it matters.  Straight to the keeper.  Come one, Matri.  Replay shows it was a bad call.  Doesn't matter anyway.  Thanks for letting the refs save face, Ale.

38' PDC vs. Schelotto is becoming an interesting matchup.  With his pace, I'm even more glad that Chiellini is back to the center.

40' WTF with these stupid wasted corners!!!  We need to start doing something with those!

42' Woodwork from Vidal!  My God, something has to slip in eventually!  (that's what she said).

43' Okay, please, send this corner into the box, and high.

HT - okay, seriously.  We need to keep the pressure on, and actually friggin score.  Seriously.  #obvious

HT - switching to hot red pepper tarralles and Amstel Light in hopes that maybe a little tricky-dicky, freaky-deaky Dutchie will come off the bench and help unlock this defense.  Oh wait...

46' Oh good.  My wife is back.  After having just had a stressful conversation about a bridal shower.  As if this game isn't stressful enough already.  She needs a drink.  I need another.

52' Stupid card for Licht.  I like the intensity, but I'd rather waste it on a professional foul than that.  That'll hurt when you accumulate and we lose you for one.

64' Keep your cool, Forrest...he's being a dick, but he's doing it on purpose because you already have a stupid yellow.  See?

66' Just to piss off my wife, I'm going to start talking about how they should sell Matri while he still has value.  This oughta be good.

67' "Look at this F-ing clown, he looks like Sloth, from Goonies!  That's his name, right?  Sloth?  Or Chunk?  No, Sloth!"  She literally adds so much more to this experience.  And provides so much more material.

71' Wifey just cracked open her second beer since she arrived around 20 minutes ago.  I'm still on my second.  Of the entire game.

79' "The guy with the wrap on his head kinda reminds of Nicholas Cage from 'Face Off.'  I keep waiting for him to unwrap his face, and underneath, it's JOHN TRAVOLTA!  It's like the English Patient is playing right now."  I'm literally having trouble keeping up with the actual game at this point.  I need more beer. 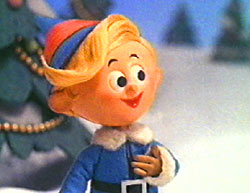 "Giaccherini.  I always said he reminds me of 'Hermie the Denist' from 'Rudolph.'"

"Aww, it is him!  I want him to be like playing a piccolo or something!"

91' I really wish Matri got that tack-on goal from that chance from a few minutes ago.  It could really boost his confidence which is really suffering right now.

FT - Campion d'Inverno!  That's all I got for tonight folks.  It was a good match, and despite the early missed chances, a solid victory away from home.  All's well that ends well, I guess.  Goodnight!