Round 19: Welcome to Atalanta

Share All sharing options for: Round 19: Welcome to Atalanta 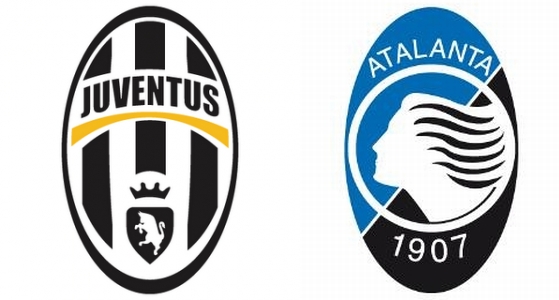 Welcome to Atalanta, where the playaz play, and we ride on them things like every day.

Fact:  Jermaine Dupri is a die-hard Atalanta fan, and German Denis listens to this song before every match.  It's true.  Seriously.

Although we're a few weeks past the winter break, this weekend our beloved Bianconeri travel to Bergamo aka Hot-a-lanta, for the official midway point of the Serie A season.  A win will guarantee that Juventus claim the so-called "Winter Championship," which could provide a psychological boost for the rest of the term.  Earlier this week Antonio Labbate had a good piece on how the winter champions have fared in the past.  In a nutshell:  the winter champion generally goes onto win it all in May, particularly in the era of 3 points for a win, as 12 out of 16 times the winter leader would go onto win the Scu...I mean...the league.

I will maintain my policy of not mentioning the S-word, and I will continue to manage my expectations.  Particularly after last week's drab draw.  But after winning once in our last four games, we remain unbeaten -- and due for a win in Atalanta.

Le chiavi: Last week I warned that Cossu in the hole could cause us problems, and that the centerbacks needed to keep an eye out for him roaming (coughBonercough).  Predictably, Bonucci was caught napping, and a +3 was downgraded to a +1 more quickly than Aguero was eventually downgraded to Rossi and evaporated into Vucinic.  Not that I still think about that or anything.  Anyway, Atalanta similarly will use Moralez in the hole, but only one striker in front of him, German Denis who is one goal off from capocannonieri.  Boner...I'm looking at you again.

My preference for this match would be to (surprise!) move Chiellini back to the center to partner up with Barzagli, and let Paolo De Ceglie -- who was literally the one bright spot I could think of from last week's wet blanket of a game -- continue the form he displayed against Cagliari.  That way il Dottore can have the job of marking the F out of him, like we've seen him do to some of the best strikers in his day.

Good news: The aforementioned Chiellini is back, after missing last week's match due to suspension.

The bad: Conte is probably going to start him at left back, where one of the best defenders on the peninsula suddenly transforms into very-average-looking.

See what I did there?  You all thought I was going to clamor for Elia to get a start again, didn't you?  Well, apparently he's injured.  Or is he...?

That's a can of worms I'm not about to open.