Echoing everything that's been said before, Juventus come off a midweek draw which should've, could've, would've been a win, yet is ultimately a positive result, all things considered. Despite whatever my cynical father said as I swung by my parents' house after work on Wednesday.

I was confused -- none of the cable channels were carrying that match and although he has access to ESPN3, that's way too advanced for my dad.

"Oh, did you see what happened with Juventus?"

"But they were a man down and played well, and still kept over 60% possession, even in the second half..."

"If they don't score, they stink."

And you wonder where I get it from. Much is lost if you don't actually know my father, with his curt nature and thick Barese accent, but you get the idea. At that point it was best to end the conversation. Onward to Sicily. 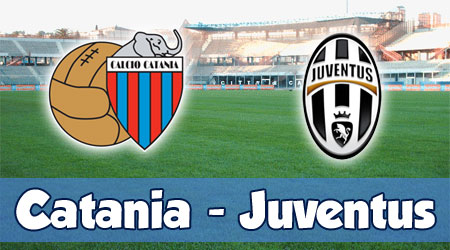 As we continue in our early-season Bane of Our Existence Provinciali tour, up next is Catania.  Seriously, this is the fourth such team, and should have been the fifth if week one had not been postponed.  Crazy how it worked out that way and I'm glad that it did.  I think it was important to start off the season positively, and the first four fixtures allowed for a key opportunity for a couple of reasons.  Ideally the fixtures against the minnows are when the big teams are supposed to rack up points during the marathon towards the top of the table.  But for us, they've unreasonably and inexplicably served as our nemesis.  After 7 points from 3 fixtures, it's time to show that we can keep the ball rolling before Milan comes into town to kick off October.

Le chiavi - Last week Mirko showed the best and worst of himself on Wednesday, and thus unavailable due to suspension.  Meanwhile, keeping up with a common theme, Juve wantaways Davide Lanzafame and Nicola Legrottaglie will both be present, although the former is the only one likely to start.  Expect ~1.75 goals from him.

Back to the homefront, it is being reported that Conte will be tinkering with a new formation featuring all three of Pirlo, Marchisio and Vidal.  I've been advocating for a 4-3-3/4-2-1-3/4-2-3-1 -- essentially three versions of the same formation if you get into details and break it down which I don't feel like doing for a match preview against Catania right now -- for quite some time now.  At any rate, my point has been that such a midfield would maximize our biggest asset, the midfield.  Conversely, a simple 4-4-2 with attacking wide players would leave our midfield thin while leaving one of Pirlo, Marchisio or Vidal on the bench, all three of which many teams in Europe would kill to have one of.

At any rate, it sounds as if a 4-1-4-1 could be in the cards.  At first I thought that this was tantamount to the first time I saw peanut butter and chocolate sold out of the same jar (!) -- I'm almost pissed that I didn't think of this myself.  But, if you look closely, it's essentially the same thing, just different packaging.  Either way, all of Pirlo, Marchisio, Vidal, Elia and Krasic could take the pitch at the same time, with a lone prima punta (Matri) up top.  The net result is the same -- fielding our best players at once.

The only thing which will be interesting is to see who occupies the spot in between the defense and the midfield.  Last season when GDN used a similar formation, Felipe Melo roamed no-man's land.  This made sense under Delneri's absorb pressure then counter-attack system, as it essentially added a 5th defender who could just as comfortably break-up play in front of the box as he could roam upfield.  If the Gazzetto is correct, Pirlo will occupy that role behind Marchisio and Vidal.  This makes sense under Conte's possession-based system, as it would allow for the ball to be moved slowly forward from the back, with Pirlo the centerpiece of the action.  He's certainly earned such a prominent role during the past few weeks.  If this actually what the starting lineup looks like, I'm more than okay with it.

These same reports, by the way, also name Fabio Grosso as the starter at left back.  That's something I'm not okay (I Promise) with.  He played well two weeks ago but, that was as a stop gap.  Fielding him each week sounds like bad news to me.  I hope this is nothing more than an attempt to light a fire under PDC's ass.  Fool me once, Fabio, shame on you.  Fool me twice, well...

See?  It's pretty much the same thing one way or another.  Except for Grosso for PDC, of course.