A resounding win over Parma opened up the the new stadium in excellent fashion, but now it's time to make the short trip over to Siena. This week sees Conte return to his old stomping grounds against a team that will hope to avoid teetering on the brink of relegation all year long. Good news, right? Well if the past two seasons are any indication, wrong.

The bottom half of the table has been the inexplicable thorn in our side. Was it psychological? Tactical? It probably depends and it is probably a little of both. Certainly at some point the chicken or the egg conversation is sure to ensue. Did poor tactics cause tough losses, which caused the fear of failure to provincial sides? Could be. I do agree with those who state that Del Neri had it wrong last season when he played defensive, counter-attacking football, against teams who hoped to do so against us. That's why aside from all the tough losses, we had more than our fair share of tough draws. But that doesn't explain everything, nor does it explain the 2009-10 debacle. 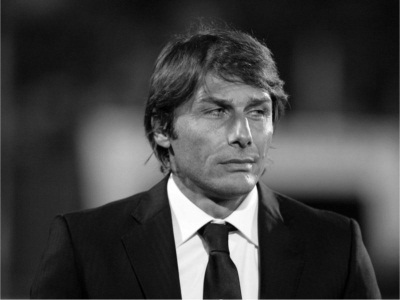 Whatever the reason, it's certainly not acceptable.  Even in the past two seasons our teams, although flawed, were superior.  Something was up, and it's been easy to blame the coach.  Now it's time for the Count to show us what he's made of and see if he can build on last week's impressive victory, and do it on the road to a clearly inferior team.  But if Aaron from JuventiKnows is to be believed, the focus shouldn't be on how inferior these provincial squads, Siena included, are.  His point in a nutshell is that the past two seasons have seen Juventus play casually against such sides, regardless of theirs or our tactics; whereas in the past Juventus would take every game seriously.  Interesting.  I can't say that I disagree.

This brings us back to Conte.  Based on recent statements, he is at least cognizant of the fact that more work must be done, and ego-stroking from a week 1 home win is a one way trip back to mid-table purgatory:

"I think it’s only right to praise the lads, the club and myself for that victory, but the compliments were also excessive. You cannot be defined by a single game. I thank everyone for the attention, but we cannot lose sight of our objectives.

"We’ve got to remember we are only at the beginning and there is a lot of work to do. Our path must be that of work, sacrifice and fighting back.

"Let us never forget where we came from. If we have the strength to look over our shoulders, then we’ll find even more fire to keep us going forward."

Good news: Conte has been holding closed-door training sessions, although he does it rather frequently, tempering initial inclinations to read a change in tactics and/or formation into it.  It doesn't necessarily mean that it's out of the question, but I still say it's unlikely.

As far as personnel goes, Milos Krasic began the game on the bench last week due to recent minor injuries, but he could be fit to start.  There have also been reports that Eljero Elia might make his first Serie A appearance.  Other than that, we've pretty much got our full team at full strength.

Oh, and possibly the best news - no ex Juventini to kill us.  But maybe after last week, that bad hoodoo is done with.  Nah.

Bad news: It's our first visit away to a provincial, newly promoted side all season.  Enough said.

As I noted earlier this week, one key storyline will be who will be playing left back.  While Fabio Grosso isn't the miscarriage of justice that he was in 2009-10, he's still a shell of his former self.  While last season was a step up from the last, it was basically improvement-by-default since he had been so terrible before.  Still, all signs point to him getting the chance.  For this reason, since we're at the "probable lineup" part of the piece, I'll provide more than one.

Alright, this is a pipe-dream, mostly because neither Vidal nor Elia are likely to start, as they're new additions still becoming acclimated into the system.  Nor is a switch to a 4-3-3 likely, despite the closed-door training making our imaginations run wild.

I'm really hung-up on Elia, aren't I?  Also, I doubt Boner will get the chance either.