QOTD: Who Will Be Left Back (Not From Middle School)

Share All sharing options for: QOTD: Who Will Be Left Back (Not From Middle School)

Muddled somewhere in the euphoria from last Sunday's whoop-ass can opening, the aftermath of Paolo DeCeglie's last-gasp brain-freeze remains. The good news is that he performed decently – or decently enough considering the near year-long injury layoff (before I get a cyber suicide attack on the comments section, coughIvocough). The bad news is that he's unavailable for Sunday. Worse, in the wee hours of the mercato Reto Ziegler got Conte’d, presumably leaving Fabio Gross as the current vice DeCeglie. 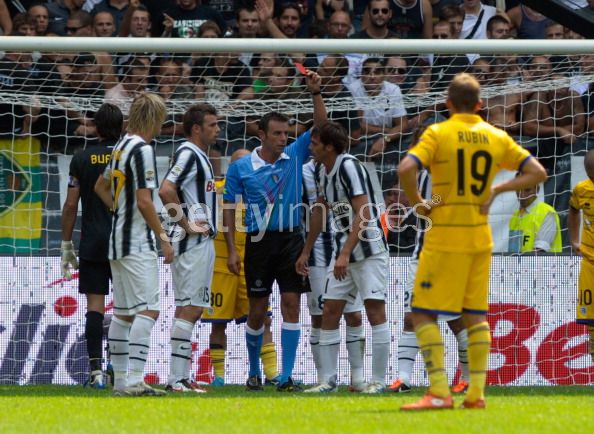 While it’s easy to quickly throw in the towel and assume the worst, there may be other options available to Conte.  Let's explore.

Option 1: Subtract one Kelso, have Chiello make like an abacus, and insert one Boner.  Mix well.

Last season saw Leonardo Bonucci go from up-and-coming regular Juventus and la Nazionale starter to transfer bait.  Last weekend came and went with Barzagli getting the call next to Giorgio Chiellini in the center over Boner.  During the course of last season, Chiellini was asked to move over to the left flank where he played in his earlier years.  The holes on that side were gaping and someone had to plug them.  This worked initially as the team temporarily stopped the cascade of goals coming in from the wings.  However, this opened new holes in other spots, which were exploited in later weeks. 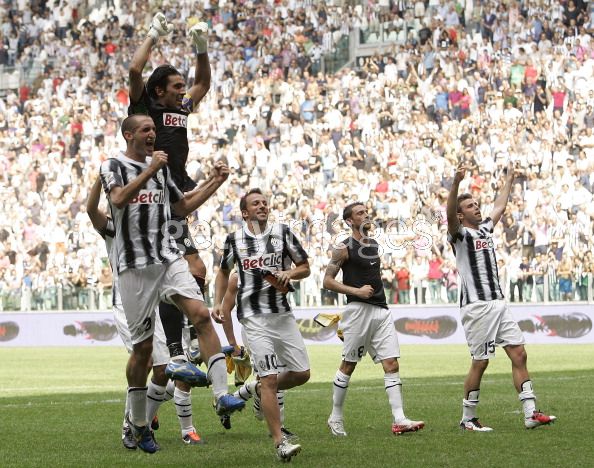 Still, Chiellini-Bonucci-Barzagli-Lichtsteiner is better than anything we could’ve put out last year.  Even if that's a net change of just one player (telling).  I’ve always had a problem with moving Chiellini over, as he is one of the best center backs around and his talent is wasted out wide.  However, as a one-week stop-gap it would work.  And it could give Bonucci playing time to show what he can do.  It’s not a coincidence that his partnership with Chiellini in the center has been better for the National Team, which boasts a better set of wingbacks.  Now that we have our own, why not give that a whirl?  That’s a different debate though.

When people point to deficiencies in Simone Pepe’s game, they always note the offensive ones – although they usually concede the fact that he’s a nice player to have on the team who adds depth.  Well, why not simply render those holes in his game moot and move him backwards a bit?  I’ve said it before and I’ll say it again:  I believe Simone Pepe would make a pretty decent wingback.  He hustles, he stays on the ball, he works hard, and he can tackle.   Necessity is the mother of all invention and while he’ll never become Gianluca Zambrotta, he has what it takes to do just fine.  I say give the guy a shot.

I know very little about Marcelo Estigarribia, other than that he represented the consummate low risk, potentially high reward, depth signing of the summer.  He has played left wing and back, and played for the Paraguayan national team which reached the Copa America finals last summer.  According to people who tuned into the Copa, he was the team’s best performer.  Admittedly, I didn’t watch any of those games.

I did, however, watch some of the friendly versus Notts County, and remembered that his performance in particular stood out to me.  I liked him both on and off the ball, and his dribbling was impressive.  Unfortunately his opponent was Notts County.

But, he was a depth signing, and this is a situation that depth signings are made for.  Perhaps there's an outside shot that he gets the nod.

Is there anything that Arturo Vidal can’t do?  Touted as the paragon of what a modern midfielder should be, he's flexible, skillful, fast, strong, technical, with great culinary skills and the ability to save the European debt crisis in a single swoop.  And he's also fairly experienced playing defense.  As noted by Adam on last week’s JuventiKnows podcast, he’s played both left back and center back for the Chilean national team, and rumor has it that he makes the best sea bass you’ve ever tasted.

Possibly more importantly, a Vidal start at wingback allows us to take advantage of another asset - our deep midfield.  We can simply start Andrea Pirlo and Claudio Marchisio (as much as that will completely pain the MENSA members who completely hate him) just like last week.  Meanwhile Vidal can act like a Zanetti, without having to lose to a Turkish side who's only ironically in the Champions League because of a matchfixing scandal.  But I digress.  We’ll barely lose a step.

According to reports, Fabio Grosso has been training with the starting defense.  Let’s just hope that Conte and the new athletic trainer brought a tanning booth with them to Vinovo.  Or he's pulling the old Statue of Liberty fake-out.

My verdict: Clearly I’m partial to Option 2, while Option 1 is the safe bet and probably among the most likely scenarios.  Option 3 is more of a wildcard and thus probably a long shot. Estigawhateverhisnameis was left off the squad last week because he hadn’t had much time to work with the team.  It’s hard to imagine he’d be brought in so soon at a position which, although he’s played before in, is not his natural one.

Similarly, Vidal was believed by il Mister to require some more time to integrate with the team.  He did get some minutes as a sub, and boy what minutes they were.  While there’s something to be said about losing his contributions in the midfield, if he’s not ready to play a full 90 in Conte’s system, perhaps he's still talented enough - moreso than Estigigiveup - that he can be asked to do it in a position where less of his talents will be demanded of him.  Being Pirlo’s guard dog in what is (at times) a two-man midfield is certainly no small task.  I'd feel fine if the starting XI were announced with him playing as the number 3.

Sadly, the most likely option may be Fabio Grosso.  Maybe Conte will whip him back into shape and be able to hypnotize him and convince him it’s 2006 again.  I’m skeptical about him, but I truly hope that I’m wrong – both regarding his starting in the first place, and how his performance will ultimately be once he does. 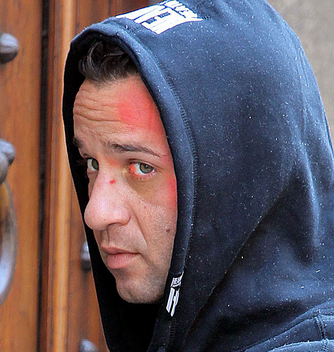 Hopefully Fabio's been hitting the gym and the tanning, and fairs better than his orange-hued brethren above.  The laundry should be fine, since none of us believed he'd have any reason to get his uniforms dirty in the first place.