Round 2, Which is Really Round 1: Instant Parma's Gonna Get You

Share All sharing options for: Round 2, Which is Really Round 1: Instant Parma's Gonna Get You

This is the fixture that should have been our second game of the season, but the strike obviously ruined that. I'm not sure when we're going to make up the first match-up against Udinese, but for all intents and purposes, this is round one.

And oh, how I hate this fixture. You know it's going to happen, and by "it" I mean a brace by Sebastian Giovinco. 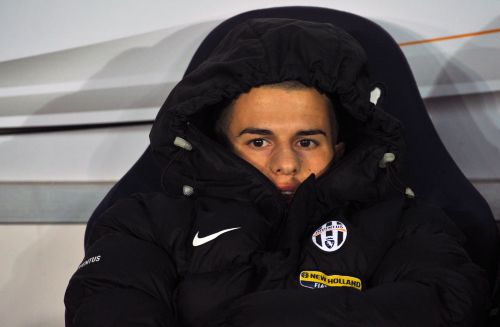 Wouldn't you be bitter too if you were (literally) frozen out of the squad?

But does it have to be this way?

I seriously can't stand the guy.  I know that he had been "mistreated" by the club, but by mistreated, well, you mean that he wasn't given the requisite playing time over superior players.  In Ranieri's 4-4-2, he had Pavel Nedved blocking him.  A year later, when he wasn't on the trainer's table, he had Diego ahead of him in a system which employed a trequartista.  But that didn't stop him from running his mouth.  "Oh, if I were Brazilian or Argentinian I'd get playing time!" he would snarkily remark in between howls of, "Waaahhhh Del Piero didn't talk to me enough!"  Shut up.

While he deputized admirably at times, including a good performance against Chelsea in the 08-09 Champions League knockout round, he otherwise failed to impress at Juventus.  There, I said it.  I agree with Adam Digby -- he's deceptively slow despite his his size (which is also his biggest liability), and is too easily moved off the ball.  He'll never be a top player at a top club like Juventus.  Unless he starts working out with Steve Lattimer from The Program, that is.  Parma, fine, but not in the big show.

But G-effin-D, anger and bitterness are the best motivators, and he will kill us.

We have a tendency to allow old Juventini to kill us in recent years.  Giovinco, Palladino, Mirante -- anyone else I'm missing who plays for Parma right now whom I should be terrified of? 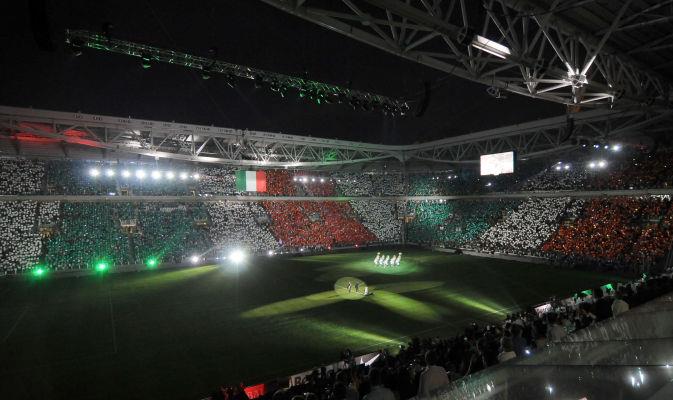 I truly believe that this can be the turningpoint.  While there were some gaffes in the summer's mercato, the quality has undoubtedly improved, and here comes the first test -- at home, the first official game, in our new, gorgeous palace.  41,000 tifosi, right up against the pitch, with a roof overhead - only making the acoustics louder, and the stadium shake harder - and suddenly creating a real homefield advantage enjoyed only in famous stadiums outside of the peninsula.

The good: New Stadium, new home, new season, new hope.  We have real, actual fullbacks now, and a very (almost too) deep squad.  And because of the aforementioned strike, we don't have to worry about missing out on Krasic, Quagliarella, Vucinic, and/or Matri, who were all nursing minor injuries in one form or another two weeks ago.  It's almost too perfect, isn't it?  Hmm...you think Lichtsteiner brought over some SIM cards with him from Switzerland upon arrival...?

The Bad: Giovinco, Palladino, and Mirante.  Watch, somehow Mirante will score on a friggin goal kick or something.  I hate you all.

The silver lining about Amauri: Yes, we're stuck paying his wages, as he refused every transfer under the Sun last summer in an effort to remain and "prove himself."  Well Amauri, the only thing you're going to be proving is how lonely it can be training away from the squad and never dressing for games.  You've been completely worthless since immediately after your first six months here, and despite second chance after second chance, you've yet to justify a fraction of the investment of money and players (don't even get me started, thanks Secco) sunk into you in the Summer of 08.  But, at least remaining means that you can't play against us tomorrow.

The ugly:  Seriously, why has it become completely effing necessary for footballers to strip down to their undies on the pitch?

Verdict: Seriously, Giovinco's complaints about young Italians not getting playing time are very rational, I'll give him that.  But his case was pretty reasonable and unique.  In the post-Calciopoli world, youngsters such as Chiellini, Marchisio, and De Ceglie were all worked through the system, and have since flourished in varying degrees.  Yet, none of them are Argentinian or Brazilian.  In fact, Seba, they're all Italian.  Just like lil' ole you.  Did you used to complain that "teacher doesn't like me!" when you brought home a bad little report card in your tiny little fingers?  Probably.

Giorgio, show him why you've succeeded in black and white while he hasn't.  You and Stephan better mark the F out of him.  Pummel him.  Push him around.  Bruise him.  Rough him up.  Show him how Juventini do their talking with their feet on the pitch.  Bitch.