NY Juventini, Time to Meet Up

Share All sharing options for: NY Juventini, Time to Meet Up 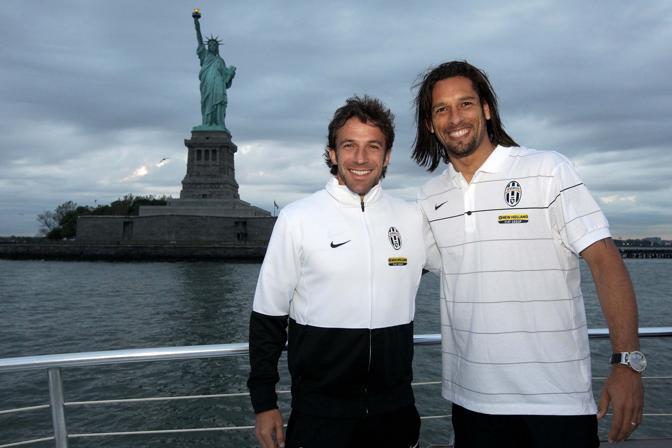 The woman all the way on the left is actually far more mobile than the dude on the far right.

Over the weekend, I had the good fortune of meeting up with Aaron and Mike in NYC over huge liter-sized mugs of dark German beer. It was a great time. Speaking of NYC, tomorrow night Juventus take on Club America at Citifield, home of the AAA New York Mets.

I'll let this link serve as an open thread for anyone planning on attending to coordinate.

In other news, Aruturo Vidal officially official...ly became a Juve player.  Sorry I didn't put up a post regarding this, however, I couldn't find a picture of him in the Hot Topic-style fishnet shirt with Fabio Grosso looking at his results, and I refuse to post such an entry without it.  And right now, I don't feel like really looking for one.  At any rate, Felipe Melo is also on his way to Galatasaray in a pretty unusual deal, and if Juventus are in fact now looking at signing Mirko Vucinic *instead* of Giuseppe Rossi, I will commit an act of violence.  I like Vucinic a lot, but I like him if he's a replacement for Iaquinta, Toni, and Amauri.

That's all for now as work has been crazy.  There will be more to come this week, as well as some more announcements regarding the future of the Juventus Offside staff.  Stay tuned, kids.