In what was the worst-kept formality since the Andrea Pirlo transfer from earlier this mercato, Juventus have officially announced the signing of Stephan Lichtsteiner from Lazio. The Swiss international is a right back, who can also play midfield, and earned the monicker "Forrest Gump" for his trademark stridey runs up and down the flank. Benvenuto, Signore Gump.

Licht marks the fourth signing of the summer thus far, joining Jon Bon Pirlo, Reto Ziegler, and Michele Pazienza, who all arrived on free transfers.  It also marks another move towards what will be a massive upgrade in the wingback department for the squad.  While Ziegler and a (hopefully) fully fit Paolo De Ceglie will occupy the left side, Licht becomes the clear first choice on the right ahead of Marco Motta, who will hopefully potentially be used as part of a package in another transfer.  These aren't players at the level of a 2006 Zambrotta or 2010 Maicon, but the potential is there, and an immediate improvement over the status quo. I truly have high hopes for PDC, and honestly believe he would have been one of the success stories of the 2010-11 campaign had it not been for that freak injury at Milan last October.  At a moment in time where it's difficult to find any world-beaters at the wingback position anywhere, I like our roster right now. 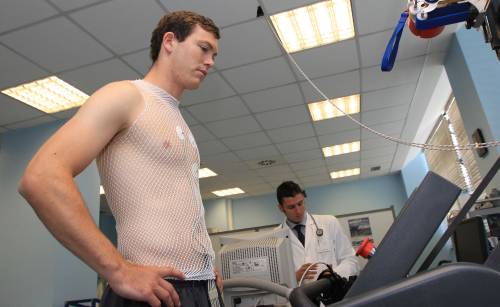 Good news -- the 2011-12 kits will provide for maximum ventilation in order to fight heat exhaustion!

The transfer will reportedly cost Juventus around 10 million Euros, and signs point to an active mercato remaining for Beppe Marrotta.  While Gazzetta dello Sport reports that talks are progressing positively in the quest for a certain shaggy Argentine whom I'll refer to only as...oh, let's see...the Scarlett Letter (the "A-word" is just so trite), reports today indicate that our favorite Bond Villain up in London could hijack that.  One way or another, I will proceed with cautious optimism, careful not to allow my hopes to reach any increased level of altitude regarding any one player.  It is now only July 1, and there is plenty of mercato left.