This Cannot Continue to Happen

Share All sharing options for: This Cannot Continue to Happen

"Neither Juventus or Palermo offered any money for me, evidently I don't interest them, and now Palermo has told me that I do not enter in their plans. It's up to me to find a new system."

Davide Lanzafame is one of the very talented attacking players that has come through Juve's youth system of late. Born and raised in Torino, the young attacker first made his Juventus debut back in Serie B years ago. The next season he was loaned out to Antonio Conte's Bari, where at age 20 he thrived, scoring 10 goals in 37 appearances, earning Conte's praise as one of his best players of the season, despite his young age. "Lanzafame has improved tactically. He is explosive, he sniffs the goal, and imposes his speed outside the area. If he improves and learns he can become like Cristiano Ronaldo." 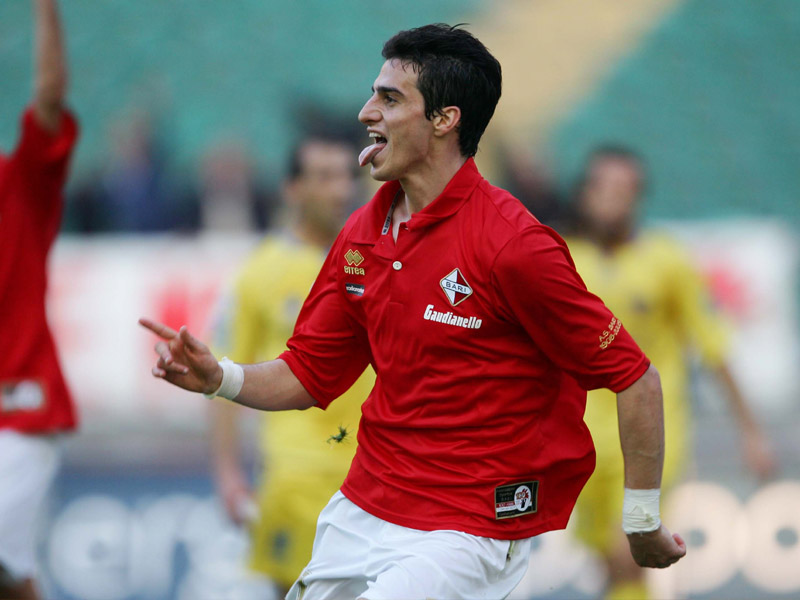 Juventus didn't see it this way, and decided to sell his co-ownership to Palermo in part of the Amauri deal. As a 4-3-3 type winger, he does not fit in Palermo's trequartista-based system, and was shipped out back to Bari after a disappointing few months in Serie A. With Bari and Conte, he won Serie B and seemed to be on track again. Secco, in a rare smart move, loaned him out to the perfect club, Parma. A club where there wasn't enormous pressure, a club with plentiful playing time and one that thrives with young players. It was a very positive season, Lanzafame scored 7 goals in 27 appearances.

Lanza doesn't celebrate either goal against his struggling hometown club....maybe he should have?

In January of 2010, Amauri went out injured, and Secco and Blanc decided we needed another striker, and asked Parma if they could recall Lanzafame. Parma reluctantly agreed, but Davide wisely rejected the move, suggesting that once Amauri returned from injury, there would be no playing time. Unfortunately, another ex-Primavera striker named Michele Paolucci didn't follow the same ideas.

It was a very positive season for Davide Lanzafame, and finally, it seemed like his turn to return home. Lanzafame cautiously accepted Juve's decision to bring him back to base, having seen what happened to Paolucci the past spring. He was promised a starting shirt for much of the summer, until Milos Krasic's arrival late in August pushed him to the bench. One would imagine with a talentless runner like Pepe and Martinez horribly out of shape, the versatile Lanzafame could play at the left-wing, but evidently Delneri saw proper to play Marchisio there instead. He made 3 substitute appearances before being shipped out to Brescia, a club who had recently sacked their coach, and the new one saw little use for him.

After spending a season at Parma showing incredible growth, unfortunately Lanzafame could not resist the siren song of his hometown, indeed, his boyhood club. Like Palladino, Giovinco, and Paolucci before him, he was marginalized on the edges of the squad, promised an important role yet given nothing. And like Palladino and Paolucci, his co-ownership deal ended in ambivalence, a club ending up with the ownership that simply doesn't believe in him. Like Palladino, Paolucci, and Giovinco, Lanzafame's career has taken a massive stall since he has joined Juventus.

This simply cannot happen any more. We cannot recall our ex-youth players for whatever reason, and then lie to them and shunt them on the bench. They absolutely deserve better in every way: if they are Juve material, we need to properly loan them out to a club that can guarantee progression, and then only bring them back when we plan to use them. If they are not Juve material (like Paolucci) they deserve to be sold in full ownership to a club that can offer them a decent career.

Unfortunately, it's too late for Paolucci, Palladino, Giovinco, and Lanzafame, who wander around Serie A searching for a club that will actually believe in them.