Share All sharing options for: Iago Falqué: A Case Study of Serie A's Failure with Youth

It is a bit odd that we get excited when we sign a young player, because it's often so very difficult to see whether they will ever end up in the first team at all. Take Raffaele Palladino, for example. An absolute gun in the Primavera, scoring 41 goals in 61 Primavera league games, everyone very much assumed that Palladino would be a future star at Juventus- while the Del Piero assumptions were off (and will be off for any player) it looked like a player of his talent would naturally integrate into the first team and at least be a consistent player. Instead, for a variety of reasons, he's turned into a bit of a Serie A journeyman. 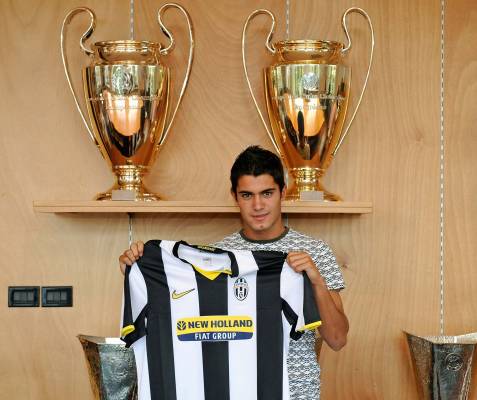 So when we signed Iago Falqué back in the summer of 2008, it was hailed as a coup. A great signing for the future. One of the great talents in Barcelona's La Masia, Blanc and Secco temporarily looked like excellent managers and excellent youth scouts, pulling off a great youth signing. And while it was a great signing- Iago is a very talented attacking player, the 3 years that followed would serve as further evidence that Serie A's approach with young players is broken.

When we first signed Iago, he was on the verge at 18 years old of breaking into Barcelona's B team. For those who don't know, teams in La Liga have their "Primavera" team playing in lower divisions- it could be in their Serie B, like Barcelona or Villarreal's teams, or it could be lower in Serie C1 or Serie C2. Consider the fact that in Italy, one plays in the Primavera league until at least 19 years old, and then around 19-20 begins their first experience in Serie B or Serie C, often playing little in their first experience. With a year or two to progress to Serie A, they're often 22-23 years old before stepping foot in Serie A- and it's clear at that point they often are ready for a team like Cagliari (or Parma) but not yet Juventus. 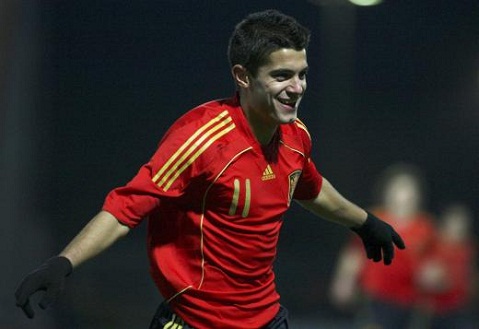 This next paragraph deals with a lot of assumptions- that Iago would have continued his development, that Barcelona had need for him, etc, but I think it's worthwhile to look at. I'd take someone like Thiago Alcantara, but we'll go perhaps a bit more conservatively- Jonathan Dos Santos. He has been in Barcelona's youth team about as long as Iago had been (since early 2000s) and he's only 4 months younger. Jonathan actually entered Barcelona's B team later than Iago, but by age 21, has played 50 professional matches for their reserve squad, playing in the 2nd division. He has even made a handful of appearances for the Barcelona senior team, and while he doesn't seem to necessarily have a big future at the Camp Nou, 50 professional matches in the 2nd division and a few senior appearances in the first by age 21 is a solid development.

Iago came to Juventus at age 18, right when he would have been integrated into Barcelona's 2nd division squad who had previously been managed by Pep Guardiola. Instead of spending that year in the 2nd division, he spent it excelling in Juve's Primavera, notching up assists in the campionato as well as in the annual Viareggio tournament where he was outstanding. In 2009-2010, when Jonathan Dos Santos was establishing himself as a starter in the 2nd division, Iago was sent out on loan to Bari. On paper, it wasn't necessarily a bad decision for the young trequartista, Bari had often acted as a "farm team" for our youth, and their coach Ventura did well with young players. 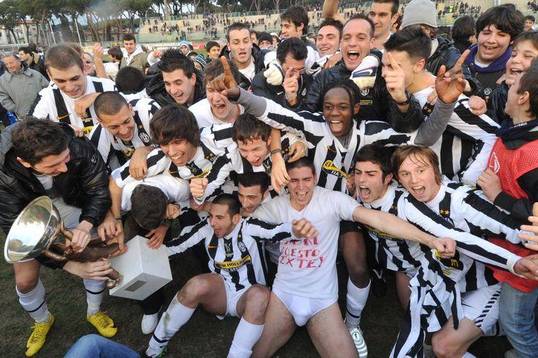 Iago celebrating the Viareggio win, bottom row to the right of NoPantsMan

In reality, it was an idiotic decision. Beyond idiotic. Bari played an orthodox 4-4-2 system, with pace on the wings preferred to actual talent. (See Edgar Alvarez) While Iago can play as a winger, it's more of a 4-2-3-1 style winger than a genuine wide, pacey 4-4-2 winger. While Iago could presumably play as a second striker, Bari didn't use one either, preferring two prime punte up top in Barreto and the-other-guy-who-was-so-awful-I-won't-mention-his-name. After being named in the matchday squad the first few games, Bari placed him playing in their Primavera team. When I saw this, my draw dropped. We did not loan this talented kid out to play in another team's Primavera. A weak Primavera, at that.

Secco and Blanc must have been surprised as well, and so they cut his loan short in the January mercato- if the kid was going to play Primavera, he was at least going to do it in Bianconero colors. He returned to his prior Primavera form, excelling in the Campionato Primavera and lighting up Viareggio as we stomped our way to another win- Iago notched up plenty of assists as Immobile bombed his way to 10 goals, as well as scoring himself in the Viareggio final. 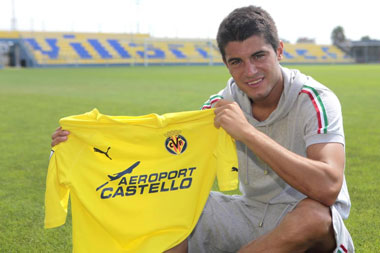 When Giuseppe Marotta and Andrea Agnelli arrived, one of the smaller details they had to iron out was Iago's future. They decided to loan him to Villarreal B, a good choice and one that has suited Villarreal and Iago very much so. Unfortunately, they put a relatively cheap buy-out clause on the young player, an acknowledgement that he didn't suit into their future plans. A buy-out clause that Villarreal will certainly exercise, given his excellent season. The young Galician scored 11 goals in 36 matches in the 2nd division, playing in a support role primarily as a trequartista, and was called up to the senior team for the last few matches of the season, perhaps a hint as to which side he'll be playing in next year.

It's this crucial stage of a young player's careers that unfortunately Serie A clubs get so wrong, the 18-21 age. While his Barcelona cohorts were playing 2nd division football at ages 18 and 19, Iago was playing in the Campionato Primavera, which is simply not good enough to prepare a young player for a senior side. An ill-judged loan spell further set him back, and while loaned out to play Serie A football, he returned that January to playing in the Primavera again. Jonathan Dos Santos already has played 50 games in the 2nd division at age 21, whereas this season was Iago's first professional experience. 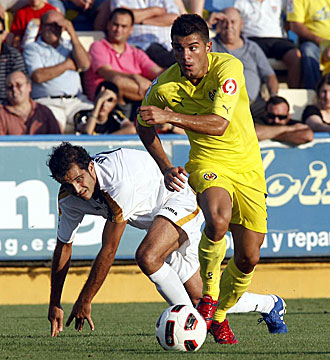 More than neglecting the 20-22 year olds we have in the team, we need to better prepare them for Serie A. That means professional experience, and it's best for them to have a season in Serie B to prepare, Luca Marrone is coming off a very good season with Siena, although it would have been better if it happened earlier. I'd love if Serie A implemented La Liga's model, where the Primavera in fact competed in the reserve leagues, whether it be Serie C2 or Serie B, but it seems unlikely. There was talk of the Italy U-21 team competing in Serie B, but I'm not sure how that'd work out with the parent clubs. Would they be on loan? If they didn't play in the team and we sent them to another Serie B team, would they be off the U-21 team?

There has been one improvement, and that was the clubs voted to reduce the age of the Primavera to 19. It's only one year, but it's shift in the right direction- it's a recognition that the current system is broken, and it forces the clubs to act earlier in the kids development. It's a good move, although more work is needed. Unfortunately, for players like Iago, it won't help them at all.