I'm taking liberty on this one. Reto Ziegler took his medical today. I haven't heard it become official by any source as of yet, but Juventus.com reports that he had his medical, and currently his Wikipedia says he plays for Juventus (so it must be true). 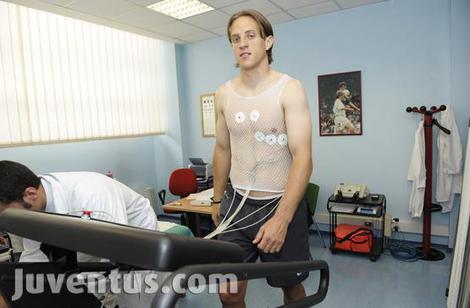 I haven't watched WWE in over 10 years, so help me out on this: Edge or Christian?

He's not "world class," but he's a solid player, he's young enough, has good pace, a good left-footed shot and cross, and has Serie A experience (which can't be underrated in the land of calcio). Good move, despite the knee-jerk reaction some may have to be underwhelmed. Think about it this way -- would you rather go into the season with PDC / Ziegler at left back, or Grosso / Traore?
Well, that's all I've got. Have at it folks, a brand new thread for bedtime (or for breakfast, depending on where you're reading this from).