"Now this is not the end. It is not even the beginning of the end. But it is, perhaps, the end of the beginning."
Winston Churchill

Happy end of the world, everyone. Aaron is no longer with us. He was taken up to heaven during the rapture, so I’ll be manning this ship solo from now on. Everyone left down here is stuck with me.

The day of the end of another poor season, I sit and write this preview staring the rapture straight in the face.  A Phd. of World Literature such as Alanis Morrissette would refer to this as "ironic" (you know, sort of like when you just need a knife and are practically up to your eyeballs in, like, 10,000 spoons!).  I see it as the end.  But in many ways, this is just the beginning.

This hasn't been a good season by any measure.  It started off promising, but injuries, poor decision-making, and other factors, well, caught up to us.

But it isn't all bad.  We were told from the beginning that this would be a season in transition.  The goal was to rebuild the squad for the future while simultaneously remaining relatively competitive in the present.  That is an incredibly tall order regardless of the team or sport.  Even my beloved Yankees can't accomplish that each year...although, there are some similarities:  we look good in stripes, play in a northern, industrial city, are owned by an influential family and, according to the FIGC, each have 27 domestic championships to our name. 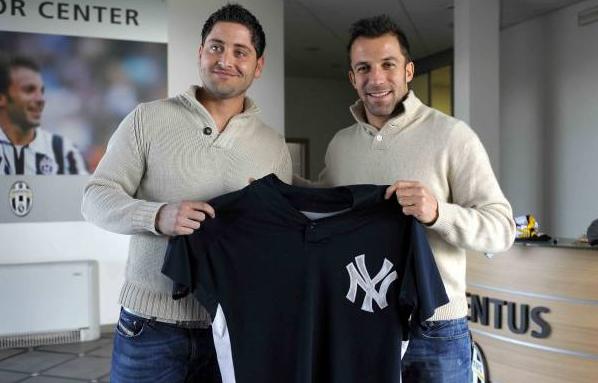 "So do you remember what it's like to be on a dominant team, Ale?"

The point is, hegemony of any sort can never have any real longevity.  If there's one thing that I've learned in life, it's that things are cyclical.  Climate patterns shift, political preferences change, and for some ungodly reason, 80s fashions are coming back despite never having been cool in the first place.  Maybe it actually is the rapture.  But I digress.  Take Liverpool, for soccer-related example.  They're not only about hypocrisy and reckless manslaughter.  They actually have a storied past, despite currently wallowing in 6th place, after having a comparably disappointing season last year.

And even though I've spent a large part of this past season acting like this guy...

And, there's still one more game to play. 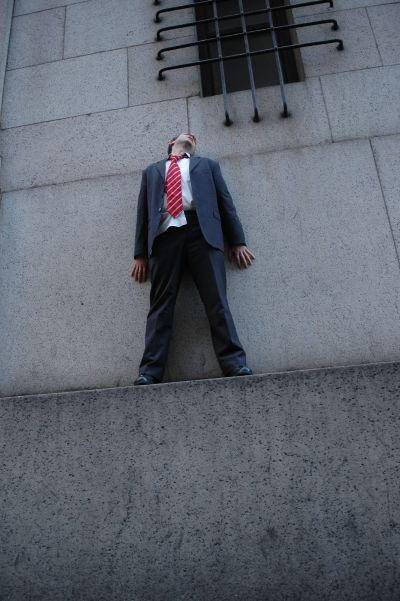 Felipe Melo has a right ankle problem and is a likely scratch.  That's pretty much it for the bad news.  Much of this season has been pretty much one big piece of bad news, so my perception of what this actually means is probably a bit skewed at this point.

According to goal.com (so you know it has to be true), Michel Bastos will be joining Juventus within the next ten days.  I don't know too much about him, nor do I know what role he is being brought in to fill (assuming that the story is true).  According to his Wikipedia (so you know it has to be true), he plays wing for Lyon, and left back from the Brazil national team, and can play on either side.  Although only capped seven times, he was part of the 2010 Brazil World Cup team, and seems to be a regular call-up.  This type of versatility is always good, especially on a team designed to build play from out wide.  Which brings me to the next point...

Gigi Delneri confirmed that he will not be coach next season.  Despite everyone trying to act as coyly as a fifteen year old blushing at the douchebag in the varsity jacket that I could never be (sorry, I'm projecting), the Italian John Edwards Antonio Conte is widely considered to be the replacement.  Similar to GDN, he prefers to play a 4-4-2 that oftentimes looks like a 4-2-4, and may be perfectly suited for a player like Bastos' capabilities.

Speaking of poorly kept secrets, it looks like the deal for Andrea Pirlo is as good as done.  Didn't I tell you I saw this coming from months ago?

And, of course, there's that little matter about the game against Napoli.  Edinson Cavani will not be available due to suspension, so three points is a very real possibility.  If Roma can find a way to lose against an already-relegated Sampdoria -- who just may feel as if they've got something to prove in what will be their final day in Serie A for at least another year -- we're in the Europa League.  There, I said the E-Word, I'm sick of pretending that I'm superstitious.

Subtract one Melo, add one Kelso?  According to Tuttomercatoweb(so it must be true), Paolo DeCeglie is listed as starting at left back in their probable formation.  He will be a site for sore eyes for sure.  If he can keep his hands off of Jackie, then we may be in good shape.