OFFICIALLY OFFICIAL- Juventus will not continue with Delneri next season

Share All sharing options for: OFFICIALLY OFFICIAL- Juventus will not continue with Delneri next season

"There will be a new Coach at Juventus next season," declared Del Neri in today’s Press conference. "The club informed me of its decision on Wednesday. I accept this choice, even if I’d do everything again. 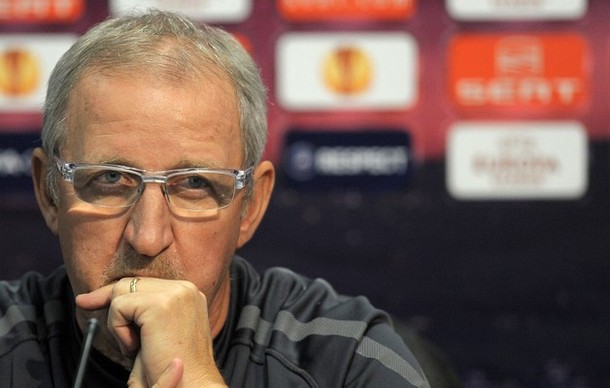 “Juve did not have the time to wait for change and gradual improvement. As for me, if a door closes behind me then another can open up. I was proud to be given the Juventus job initially, which is why I gave up on the Champions League with Sampdoria. I don't know how many others would have. I was happy with the arrival of Fabio Quagliarella and Alberto Aquilani, the maturation of Paolo De Ceglie and Vincenzo Iaquinta’s form. Then the collapse in January changed the season. Injuries affected everything. The club asked me to get the best results we could and I told them the Scudetto was a big ask, especially after so many changes. I did understand that a club like Juve must always push to win.”

Del Neri also revealed this was effectively a dismissal and certainly not a resignation. “Personally, I would’ve confirmed myself for next season, especially as I have a contract for another 12 months. In any case, I can never consider this experience to be a personal defeat. The Bianconeri bench helped me to mature as a Coach. The lads were splendid and very easy to lead. I discovered a new environment that helped me to grow. I don’t have to prove anything to anyone, so life goes on.”

Full review of Delneri's tenure will be up later, but for now, grazie Mister, for the work you did. You might not have been the right man for Juventus, but you sure tried your damndest. Good luck wherever you end up in the future...I will miss this: