Share All sharing options for: PotD: Another Season Wasted 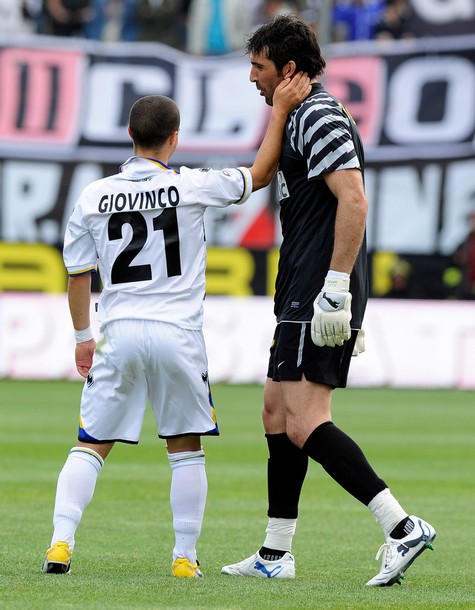 A wasted season, for both of them. And Juventus.

If you’re strong, you’ll leave [team team] great, if you can’t do it, you’ll come out quickly because they’ll eat you after two draws. You’re not allowed to mess up, these younger players haven’t understood what Juventus is, what kind of history it has. There are a few in the Old Guard that can transmit this. Now there’s only Del Piero, because I see Gianluigi Buffon playing with a lot less enthusiasm.

Juve needs to return to being disliked- when I see my ex fellow players and managers, I tell them “you were obnoxious, unpleasant, and disliked.” Now it’s not like that anymore. Like Buffon, who after a loss caused by his error, was laughing with Gattuso at the end of the match. Before games, I had blood in my eyes, and when I played against the Rossoneri above all, I didn’t speak with anyone, not even with Ancelotti who I had a special relationship with. At most I spoke to him after the game to say hello, when it was all finished. Now the players at Juve act differently.”

Two notes on today's match:
-After the game, Chiellini had harsh words for everyone and everything, and was visibly furious. He refused to speak on transfer speculation of him to Real, saying "I'm not going to talk about it when I'm this angry." [Many of his comments regarding what Juve needs have unsurprisingly not been reported on the official site.]
-Gigi Buffon on the other hand was joking and laughing with Bojinov.

It makes me even more furious than the pathetic match did. Gigi, you're an idol and a legend, but you are treading dangerous waters here. Del Piero was angry and stormed off the pitch when the game was done. Chiellini raged. Buffon? You're the vice-captain- act like it.