Share All sharing options for: Podcast- The Rant Edition 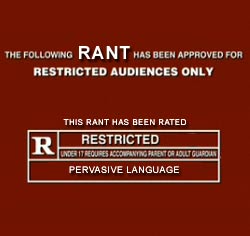 Unsurprisingly all four guys joined the show in what can only be described as bad moods following yet another collapse on Monday night against Chievo. Normally in this post there will be some humour, but this week there is nothing to laugh about. Champions League football, the ability to hold leads and most likely Gigi Delneri are all gone. Put on your headphones (you don't want any unsuspecting children to hear this episode) kick back & listen to four men all seriously annoyed at Juventus Football Club.

Thank you for listening,