An Interview with Marco Storari

Share All sharing options for: An Interview with Marco Storari

As many of you may have noticed, I am quite a fan of Marco Storari. (He can't replace San Gigi in my heart, though) The guy wears his heart on his sleeve, is a top underrated keeper, and seems to be a real positive influence in the team. He gave an interview with the Gazzetta Dello Sport, speaking honestly and openly about a variety of issues. While I still think Storari (or Buffon, one or the other, and if it's a choice between the two, sempre Buffon) will leave this summer, he has some very nice words for us. Full text after the jump.

[From the Gazzetta dello Sport-] We're here with Marco Storari, perhaps the best #12 in the world. One who doesn't speak out because Gigi Buffon is in front of him, but rather one who considers himself always a starter. The positive results of this attitude resulted in Roma-Juventus, a performance of a madman, with world class saves. "And to think I only knew I'd play two hours before the match!" 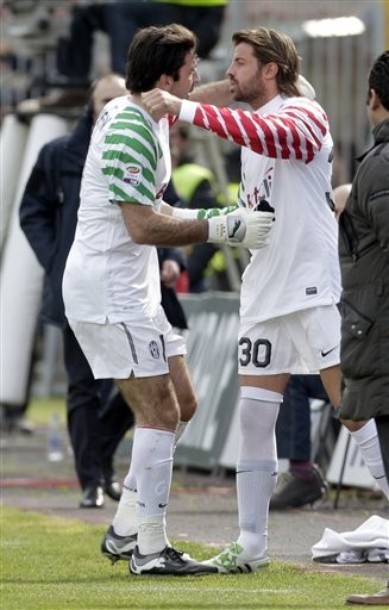 After the match, perhaps you let out some too strong words. Is Delneri really blind?"

- (Grins) "I want to quickly clear this up. With the mister, I explained myself immediately after I returned into the locker room. My good faith shouldn't be put into discussion. I spoke after the final whistle, I was euphoric both for my personal performance, but also for the victory, an important, a critical one for the team. Certainly, I said things that could lend themselves to worse interpretations, but truly, I never wanted to offend anyone."

Buffon himself was involved in your statement. Have you spoken about it with him?
- "No, I haven't spoken with him yet."

Some interpreted it as some lingering anger for your treatment following Gigi's recovery.
- "I thought I did well in the first half of the season, and I surely would have caused some controversy if it was anyone but Buffon to pull me from my position. The terms with the club have always been very clear, my role was to minimize how much the club missed Gigi until his return. I knew that I would probably finish on the bench."

What kind of relationship is there between you and Buffon?
- "Mutual respect."

Are you ready to spend another year with him?
- "We're only thinking about trying to finish this season well, then we'll see what happens. I always consider myself a starter. I train as if I was going to play every Sunday. That's how I climbed the positions at Milan, and only training this way, do you not mess up the few opportunities that you get. At 34 years old, I still have plenty desire to play, but Juve is Juve, regardless of anything. When you arrive at the top, you need to think things over well before taking drastic decisions." 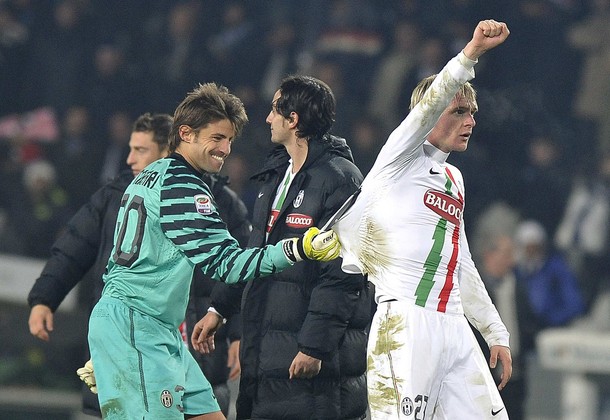 If Marotta proposed a contract extension to 2014?
- "I'd sign immediately!"

So you are ready to stay, even if Buffon does?
- "The truth is I feel rather tied to this club, to this project. I was one of the first signings, I arrived here because of those planning this project. In a certain sense, Agnelli and Marotta also risked with me, and now I like the idea of repaying their faith in me. I really like the idea of being here when Juve returns to winning, and that will happen soon. Those who think that this project is a very long term one is wrong, next year we will be among those that count. The base is solid, now we need an injection of experience to this group, people who will make our quality rise, to that of a winning mentality."

How's your relationship with the fans?
- "Very beautiful. I can truly tell you that the most beautiful moment I've ever experienced on the bench was here, against Bari, the day Buffon returned as starter. The whole stadio was swept with songs of love and applause for me. Those are the type of things that stay with you, that tie you stronger to an environment."

Pazzini to Inter, Cassano to Milan, and you to Juve: All of Samp has emigrated to the "paradise of calcio", what does that make you think?
- "That evidently Marotta and his team understand a lot about calcio. Another guarantee for Juve."

Meanwhile, the Champion's League is again with your reach.
- "No declarations, in the past, that only ended badly. We'll live by the matchday, sweat blood in every match, and later count the balance. This should be our objective. From here, I want to see seven Juve's like that in Rome, a compact and concentrated team. One that follows Delneri's instructions, a coach who is very important still to us in the locker room, who knew how to transmit us serenity even in the most difficult moments. [Rumors unconfirmed that after the Parma shelacking, Delneri walked into the locker room and screamed SERENITY NOW!!] AT Juve no one has ever raised their voice, we've never been vulgar to one another, and a big part of that merit surely goes to the coach." 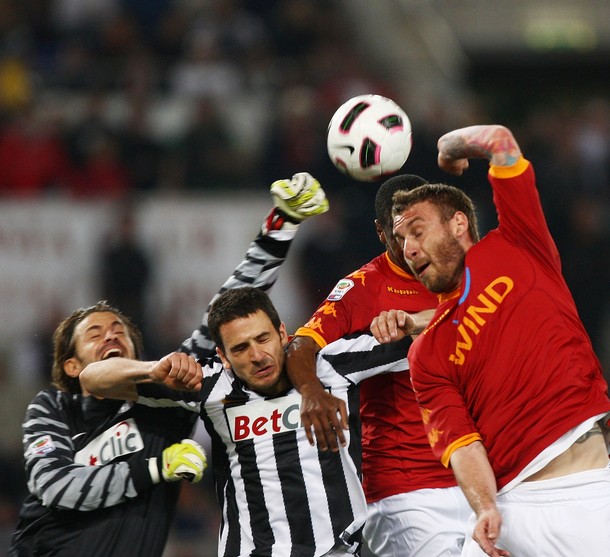 Speaking about Roma, who don't want to see you again. You, a Roman and a Romanista.
- "What should I have done? Not make saves to give Roma a favor? Last year there was controversy between Totti and I because I saved everything; they were playing for the Scudetto and were angry, but my Samp was still chasing a historic Champion's League qualification. It's crazy, these things only happen in Italy. Like Rossi of Bari, who had some problems at Parma..." [referring to the fact that Italian teams often expect those with no objectives to roll over for them. Of course, Samp did have an objective still]

The jeers from the Olimpico?
- "They only encouraged me." 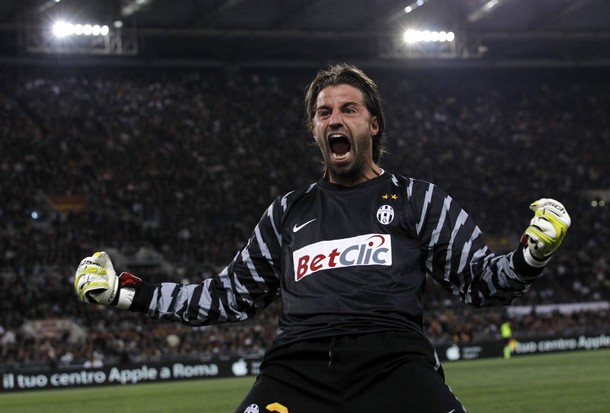 What do you say about the Nazionale?
- "It's a finished dream."

Regrets?
- "Maybe I deserved to go to the World Cup in South Africa. Now it's harder to get into the team, Prandelli has opened a new cycle, even if according to me, though starting from a young group, you don't need to exclude "the old men." The qualification games are played now- why refuse those who are playing well now, even if they are a bit long in the years?"