Claudio Marchisio is perhaps the most tactically aware player in Serie A today. That might sound like a very strong statement at first glance, but people who have seen the 25 year old Juventus and Italy midfielder in action for the last 4 years will surely find grains of truth in it. 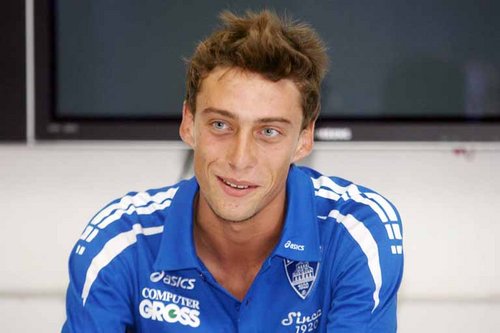 The one year out of the last 19 he hasn't worn Bianconero...

Marchisio started out as a trequartista in the Juve youth ranks, before shifting to the central midfield in the Primavera. Following the farce in 2006, Juventus were relegated to Serie B, and it is here that Marchisio got his chance to finally start for Juventus. After promotion, both he and Sebastian Giovinco were loaned out to Empoli, where both of them impressed in their harsh Serie A baptism. Finally in 2008, the duo returned to the mother club, and Juventus fans dreamt of having two such sensationally talented young Italians to take them back to the top of Serie A. It was indeed like a fairytale, a perfect example of the classic local lads rising through the ranks to shoulder the burden of the heavy Bianconero jersey.

And then, it all started to go wrong at the club, again. Alessio Secco’s ineptitude meant that the first team started developing more and more holes in critical positions. Marchisio kept putting in impressive performances earning him comparisons with another great, Marco Tardelli, along with a call up to the national team - but both Juventus and the Nazionale were entering the stormy seas. 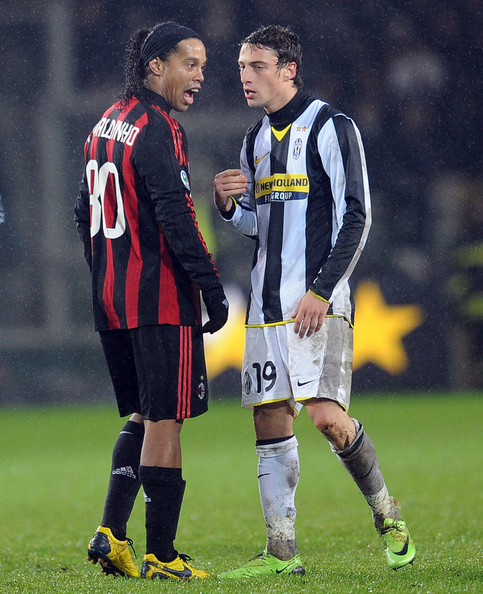 That explosive all-action MOTM performance against Milan back in 2008

The 2009-10 Juventus squad was assembled with great fanfare, but in reality it was a glossy paint on a car whose engine was on its last legs. In the worst Juventus season of all time, Marchisio was forced to play a myriad of roles due to a squad lacking in key areas – on the wings, as a DM, sometimes as a playmaker... It was a season full of disasters, the only highlight being Juve’s win over Inter at Turin in which Marchisio scored the goal of the season. Further disappointment followed at the World Cup in South Africa; Lippi started him initially as a trequartista, and then pushed him onto the wings. With his confidence already shot from the disastrous domestic season, it was a World Cup to forget for Claudio.

In 2011, Marchisio started playing in another different role – that of a left sided winger/central midfielder hybrid to accommodate both Aquilani and Melo in the midfield. It was devised as a specific tactical solution against Inter; however it quickly became the stock midfield formation of Delneri since the Juventus DS Marotta, in a slight oversight, actually forgot to buy a capable left winger for his 4-4-2 loving coach. 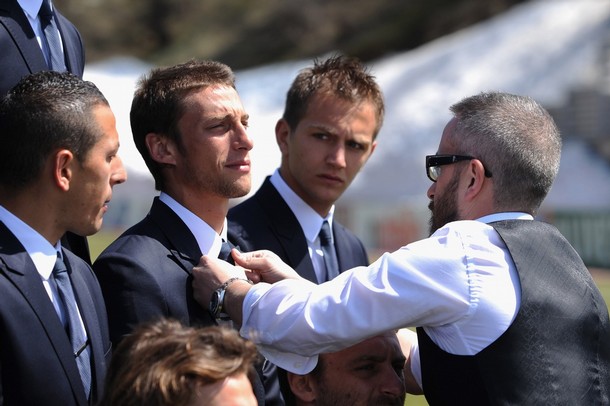 Criscito is not pleased Marchisio got to stay in Torino. Clà is delighted.

The biggest outcome of the above madness is that Marchisio never got the playing time to develop his full potential as a Central Midfielder. In today’s football, one year is a long time. Marchisio never consistently got to play in his ideal position for TWO years, an astonishing thing when we are talking about one of Italy’s hottest prospects. But he did play; he was not dropped from the team, and therein lie the rub of the story.

Marchisio’s talent has got the gift of versatility, and the steel of his grinta. So when any coach needs to plug gaps in his team, he looks towards the one man who he can be sure of not doing a major cock-up. Maybe Marchisio will not set the wings on fire, or thread Baggio like through balls – but the one guarantee he gives you is his solidity and tactical awareness. And thus, coach after coach, trying to prop up their house of cards, shuffled Marchisio around – a firefighter who will do the unglamorous and thankless job. 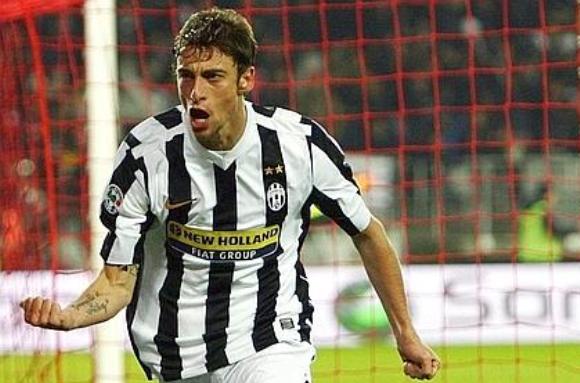 That match-winning goal against Inter

Many people argue – What does Marchisio bring to the table? The answer is solidity and reliability, and those are worth more than a thousand Hollywood style passes. Here is a player who is great technically, has immense tactical awareness, possess enormous stamina and classic bianconeri grinta along with a touch of fantasy – all he needs is trust and continuity. It will be nothing short of tragedy if the price of the havoc at Juventus is paid for by the careers of talented, dedicated and true Juventini like Marchisio.

But perhaps there is hope for il Principino. The current Juventus trio of Melo-Aquilani-Marchiso has got a huge potential if deployed in a three man midfield. And that is the way forward- we have to believe in that. We have to believe a good team, worthy of the Juventus name will be constructed next season. A central midfielder approaches his peak at 27, and his best years are usually 28-30. There is still a little time left for Marchisio. All we can hope for is that his undoubted talent ensures that it’s enough.