John Elkann Speaks on the Fans, the Finances, and the Future

Share All sharing options for: John Elkann Speaks on the Fans, the Finances, and the Future 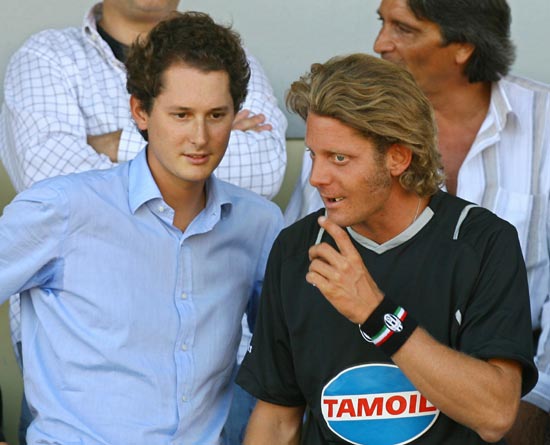 Throw in some trannies and blow, and this photo defines the two of them perfectly

[On continuity] "Juventus is on course for a change that needs time, to have a younger and more competitive squad. I have a lot of faith in Juventus, but the fans need to be close and support the team. This season's performance is tied to so many changes. When a team is still young, like Juventus, it's hard to be compact as a team at times. I think that continuity is crucial, and we'll see the results in the next few years. As for Delneri? I have nothing to say. What counts more is that there is stability, and unfortunately, to discuss all this every year makes it that more difficult to build and plan for the future.”

[On club objectives and finances] "The next board meeting will see what we expect, and what we'll see of the next few championships. I expected a different type of season, and hoped for one, but it's gone as it has. They will decide the objectives, and if there is need for support, Exor will give it. [Referring to the hypothesized capital infusion) At the moment, we cannot yet quantify the eventual increase. From the club, we haven't received a request. Last year we made many big changes, investing in many new players. We will focus on fewer this summer, and the mercato will be done then, not now. The club did a lot of work with Andrea to start a new cycle."

[On the role of the fans] "We're working towards a greater involvement with our fans, who need to believe in how the club is being run. At the beginning of the next season, we're opening the new stadium and Juve's management is already working on a new plan until 2014. For example, fans will have their own spot in the stadium, like with a museum or various entertainment locations. [Casino+Strip club per favore] If we look at the models of success in Europe, like Barcelona or Bayern, it's clear that they are marked as clubs where the fans have a particularly active role."

I don't honestly understand all the hate for John Elkann, the Calciopoli debacle aside. (which I believe was due to naivety and a snake whispering in his ear) EXOR has provided plenty of funds since our return to Serie A, only Alessio Secco squandered all of them with only Felipe Melo to show for it. If there's an issue, it's that he doesn't know calcio. And that's okay for an owner in my opinion, as long as he knows it, and is smart enough to hire men who do. Andrea Agnelli fits the bill. Is John the most passionate fan of Juventus? Probably not, although I think contrary to public opinion, he does view it as "more than an asset." I'd take his "businessmanlike" approach over whatever in God's name Lapo would do, anyways.

Above, John ticks all the boxes for me. Infusion of capital? Trying to include the fans? The need for continuity? All good in my books. Whether he's actually going to do all of these is another question, but John doesn't seem to have any need to pay lip service or deceive the fans. The real question for me is if he's competent enough to do all of these, or at least competent enough to hire the right man for the job. For example- John might not be a good Wikipedia writer, but he sure as hell hired the right guy to edit his page for him. 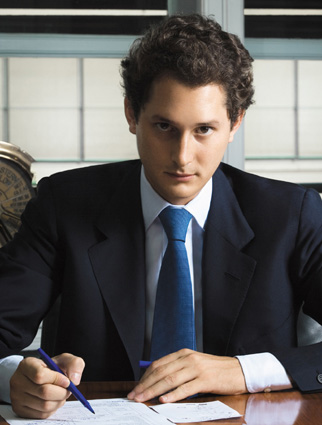 Really, John? The description? Your Wikipedia photo? Have at it, Juve Offside.