Share All sharing options for: Sky Italia- 4 Pros and Cons for Delneri's Tenure 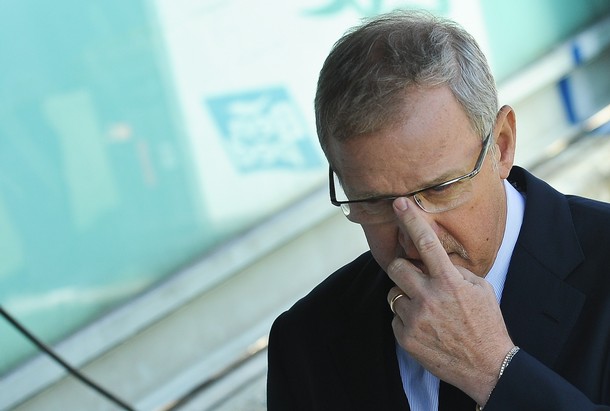 1 - Juventus in the last four games appears to be growing, 10 points testimonial of the Delneri's sides which usually finish the season strongly.

2 - Juve's season has been conditioned by a few injuries, Quagliarella's above all. Until he was injured, Juve was still fighting for the title, only 5 behind Milan. [Can one player be responsible for such a collapse, though?]

3 - The squad given to Delneri has a few major problems, which hasn't allowed him to suit it to his preferences. With a better team, there could be a better valuation of Delneri.

4 - Juventus need continuity in coaching, there have been far too many coaching changes since Calciopoli.

1 - Delneri has taken 30 days to understand that his squad is not adapted to his preferred 4-4-2, too slow with a tactical change now that objectives are gone. [I don't think the 4-5-1 has proved anything differently. I think the "typical Delneri 4-4-2" is much more of a shifted 4-3-3 and we'd be better off playing a straight winged formation]

2 - This Juve's mentality is too defensive, it's not just by chance that against the big teams, Juve have gotten a result playing defense and counter-attacking football, whereas this has not worked against the small sides.

3 - The attitude in general is too provincial- the reaction after the draw in Firenze is an obvious example. It's not in line with the glorious history of this team.

4 - The man management has been very poor from Delneri, from the freezing out of Grosso and Salihamidzic (and their return during injury crises) or Del Piero's issues in February, and finally the current controversy between Buffon and Storari. [All true- he has done a good job with Melo though]