Share All sharing options for: Alessio Tacchinardi- No Holds Barred

Last Sunday, I posted a link on Facebook to a radio show "Tutti Pazzi per la Juve" who had several former Juventus players on the show. As I wrote in that link "Tacchinardi ran that shit." Indeed he did. Never one to back away from a challenge, Tacchinardi had strong words for everyone. Below is his segment of the show translated, I'm sure it'll provoke much discussion. Older readers of this blog may remember my pen name used to be "Alessio" in tribute to my favorite player of all time. 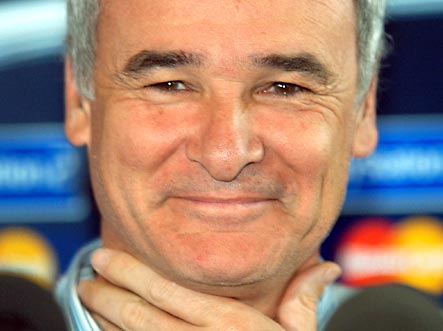 A nice man, but not exactly part of "la Juve antipatica"

Alessio, it's a great pleasure to have you on our show. We'll always remember you with great affection because there was never a game where you you held back. You're a symbol of the disliked Juve, the one that gave everything to win with our shirt.
- "Good evening and thank you. A disliked Juve doesn't exist anymore..."

From our fan club on Facebook, many of our listeners have written to us. There are also many who became a Juventino for you, above all women... [d'oh]
- "Thank you very much to all. Hello to all the Juve fans, I carry them with me in my heart, always."

Let's talk about today's Juventus. How can they return great?
- "Juve needs to return to being the real Juve as soon as possible, because it's been too many years that we've suffered in seeing a team in these conditions. Now they need to open the wallet and take 3 or 4 top players. Currently the squad does not have players who make the difference, to return to the top, you need important players." 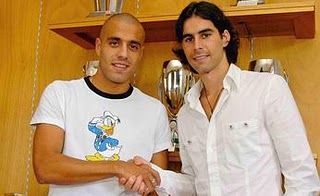 And to think at this time we had Tacchinardi under contract still...

But in the last few years, unlike the Triade's term, they've invested a lot of money in the mercato. Is this proof of the incompetence of the managers after Calciopoli? In Moggi's time Juve usually autofinanced their deals, and bought smart. This Juve on the other hand spends, and does it poorly.
- "It's true, in these last few years they have truly spent poorly. I had still had a contract in 2007, but they sent me away to get Almiron and Tiago, spending a lot of money in the process. Instead, they've spent high figures to take many players but of low quality, they should have bought two or three champions per year. We seem like we're the Inter of pre-Calciopoli that bought so many average players every year, and never won anything. During the charity derby match a few weeks ago, where there was us old stars, I saw the old true spirit of Juve. There were 3-4 strong players and the rest built around them. Real champions who make the difference need to be in every squad, the current Juventus has many decent players, but nothing more."

With all the loan signings last season, Juve risks another revolution next summer, because not everyone will be signed. And among the many names that are being associated with Juve for next year, there's no champion.
- "And so, last summer Juve's project could have been implemented well, at least as a criteria, having taken a manager like Marotta, but the signings haven't proved it right. It's enough to see what happened with Martinez, a player who we spent so much on. Too much."

Also Pepe, who many consider to be the new Di Livio, has a redemption price higher than his real value.
- "Di Livio was 5 times better than Pepe. He played 70 games a year, at 200km/h, he didn't have great quality but Pepe doesn't have anything else. Angelo also was a leader, a player who gave his soul for the whole game and during the whole year. Pepe has little consistency, he has flashes of good play. Di Livio was signed for cheap from Serie B, but in his years demonstrated to be a fundamental player who played everywhere, attack and defense, a tremendous player." 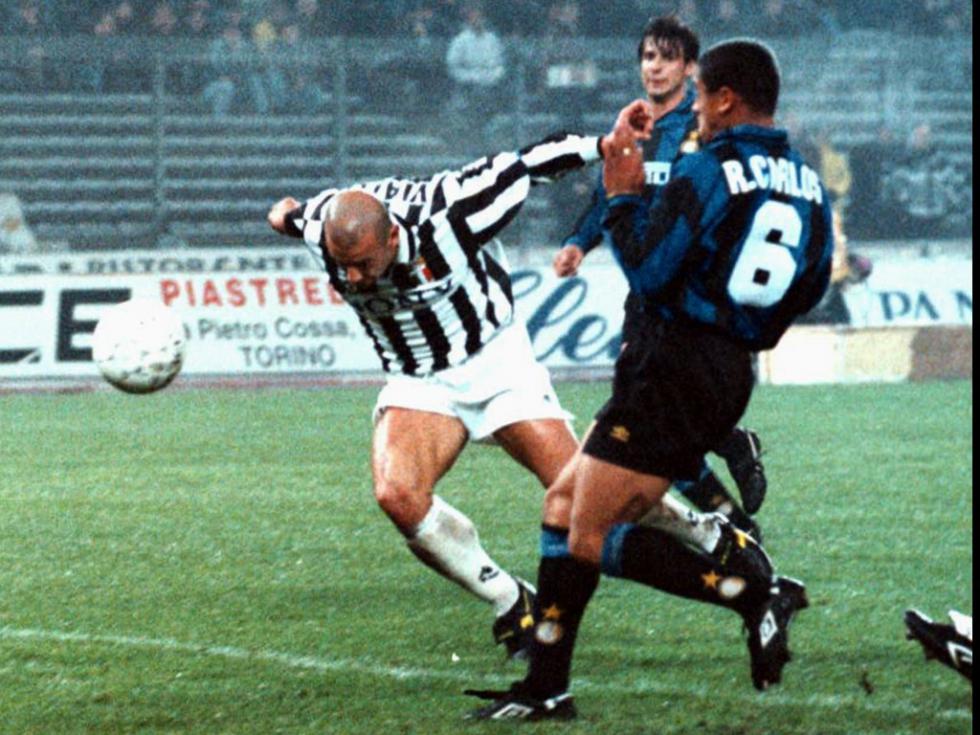 Juve had a lot of good players, but they also had great champions who helped out the work of the "soldiers." Now, instead...
- "In this team there are no leaders. When things went bad in my time, there were players who made themselves heard in the locker room. Vialli, for example, at the smallest error would make a big fuss about it, like Zidane, Montero, Davids, and many others. Now there isn't this type of leader, there's not one with personality. Some speak of Felipe Melo, but for years he's played good games, and then vanishes."

This Juve is too psychologically fragile. When they concede a goal, or a man is sent off, the team falls apart, they don't withstand the tension.
- "I remember, for example, Di Vaio, who was a great player when he was at Juve, told me that he felt the pressure even when training. If you're strong, you'll leave great, if you can't do it, you'll come out because they'll eat you after two draws. You're not allowed to mess up, these younger players haven't understood what Juventus is, what kind of history it has. There are a few in the Old Guard that can transmit this. Now there's only Del Piero, because I see Gianluigi Buffon playing with a lot less enthusiasm. These younger players need to know at Juve, winning is the only thing that counts.”

Is Andrea Agnelli the right person to bring Juve back to victory, or only his cousin's manager or of EXOR's stake in general?"
- "When I spoke to him 10 days ago, he seemed like the only positive person of the new management. He loves this shirt very much. He wants to return quickly to the highest levels, but everyone in this club is convinced that this team without injuries, suspensions, or other problems, could compete for the Scudetto, but I absolutely do not agree. This Juve only a "discrete" team, without important players. Andrea Agnelli is a good man, I hope that Elkann gives him the money he needs. I spoke with Andrea and he wants the best for Juve, he doesn't want to give up. He wants important players...."

For you, what did EXOR and the Elkanns do in 2006 to save Juve's dignity during Calciopoli?
- "Little. I think they could have found a loophool, like what happened to the others, maybe a 20 point penalty, but they'd stay in Serie A with strong players. Instead, we were the only ones to end in Serie B, we paid, and we're still suffering the consequences, but they could have done more. Cobolli Gigli in an interview a week ago spoke of the risk that UEFA wouldn't allowed Juve to play in the European cups, but I'd have fought anyways. It's been 5 years and we haven't won anything."

After what's come out in the Napoli trial, thanks to Luciano Moggi's defense, how do you explain that Juventus did nothing to reopen the sporting justice process?
- "I know Andrea is fighting, but my feeling, aside from the issue that many players are now refusing Juventus, we lost our political weight with the press. We are no longer unpleasant, we used to give them a lot of trouble. There's been a clear shift since Calcipoli, Juve is no longer feared."

What do you do these days, Alessio?
- "I'm one of the coaches at [Serie C2] Pergocrema, and maybe in 4-5 years I can be ready to coach a professional team. I'm trying to use all my experience, and maybe sooner or later I'll find myself at Juve again." 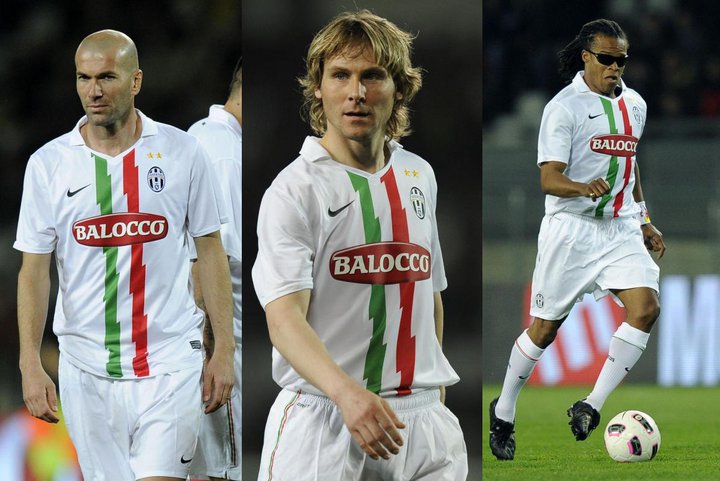 Recently on our show, Michele Padovano told us that for Juve to return great, they need to bring the old winning penalty back, those who have lived it.
- "I've always said that Juve is made of Juventini. Who has written the club's history needs to return to Torino: Juve needs to be a unique team that carried their tradition forwards. The mentality is extremely important."

Deschamp's departure is perhaps the biggest regret of the last few years. He left saying "now they will sign players who are contented to be at Juve" like what happened and continues to happen. If they'd listened to his advice, with his winning mentality, could they have already opened a new winning cycle?
"As a coach, I don't know Didier, but on the pitch he was one of the greatest leaders, next to him I grew a lot. He left because surely he understood that they weren't going to bring the team up to a high level, but they should have kept him on the bench."

In the future, could you see yourself as Conte's vice-coach on Juve's bench [Juvegasm], like many press groups have written?
- "I've heard from a journalist friend that it's almost done for Conte to go to Juve, although it seems strange to me. I think Juve wants Spalletti or maybe an important coach. If they don't get Spalletti, they'll go for Conte or Gasperini. But Conte is a guarantee, he knows the environment very well. However, I don't want to be a vice-coach, I'd like to be the first team coach instead."

Two thoughts before leaving us- your greatest regret, and your greatest joy in Bianconero.
- "My greatest regret, which still hasn't left my head, is the Champion's League final we lost against Milan. Other losses were heavy, but that one shocked me, I suffered a lot. I have a lot of beautiful memories...the first Scudetto and the Coppa Italia in my first year, then the Champions, then the Intercontinental cup, we really won it all. Also on the evening of the charity match, I spoke a lot with Lippi, in 10 years, we won everything. In Europe, we always were in the semifinals or final, winning Scudetti in repetition, an unrepeatable cycle. At the beginning of every season, it was almost assured we'd end at the top, but you have to realize it's because there were people who never gave up, from the first ritiro to the end of the season."

Even then, they were trying to put a dark mark on Juve's name with the doping accusations.
- "That was ridiculous, they tried to tarnish our name. However, Juve needs to return to being disliked- when I see my ex fellow players and managers, I tell them "you were obnoxious, unpleasant, and disliked." Now it's not like that anymore."

Like Buffon, who after a loss caused by his error, was laughing with Gattuso at the end of the match.
- "Yes, but also Chiellini, who before Juve-Milan told Allegri "may you win" laughing. Before games, I had blood in my eyes, and when I played against the Rossoneri above all, I didn't speak with anyone, not even with Ancelotti who I had a special relationship with. At most I spoke to him after the game to say hello, when it was all finished. Now the players at Juve act differently." 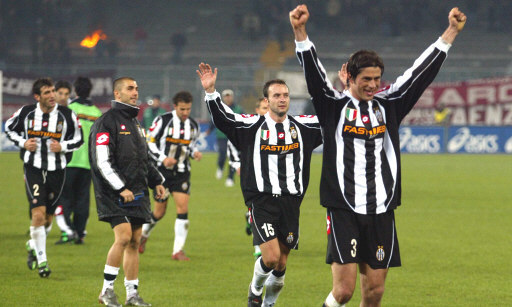 Thank you Alessio, we appreciated you on the pitch and you're pleasure off it as well. Anyone who says things as they are, without hiding the truth or being unoriginal is always one of us.
- "Thank you, ragazzi! It annoys me when I read people giving sweetened nonsense to the fans, they need to take the proper responsibility. Juve has proven to have a poor championship this year. I hope Juve wins everything, but to get into the Champion's League will be difficult. When I hear discussions about the Europa League, I feel like crying, the Bianconeri need to return to the top!