Share All sharing options for: The Unicredit Podcast- Italia, Loans, and Roma 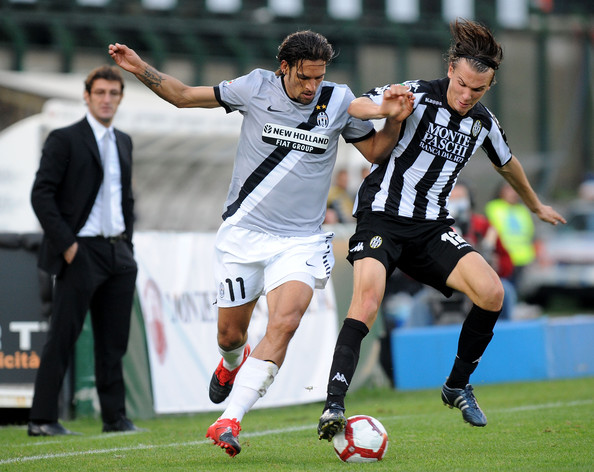 Loans, loans, loans! Who will stay, and who will go?

With no game to review this past weekend the guys still got together and chewed the fat of a number of topics that normally there would not be time to delve into. First up was the Azzurri's qualifier against Slovenia which was very difficult for three Juventini to assess for a number of reasons, chief among them being impressive displays from fullbacks. (you may need to google what that actually means, we know it's been a while!) Of course the majority of the focus was the Bianconeri on display and what their performances may mean upon returning to club duties.

From there a close up of the players away from the club on loan began, with Ekdal, Marrone, Amauri, Pasquato and Giovinco featuring prominently. Lastly there is a preview of the Roma game, which seemed an ideal opportunity to invite the Giallorossi-supporting Julian De Martinis on the show. Initially he was allowed to discuss his team then Adam blames him for Marco Motta & it descends into who's Captain is better.....

Hope you all enjoy the show (even you Julian!) Thanks for listening as always