Walter Mazzarri to Juventus: What's the point of hiring Delneri 2.0?

Share All sharing options for: Walter Mazzarri to Juventus: What's the point of hiring Delneri 2.0?

It's no secret that many are considering Gigi Delneri's tenure at Juventus either finished, or a formality of ending it. While there's much to discuss on the merits or downsides of sacking Gigi, Walter Mazzarri's name has been thrown around this week and it makes no sense. In denying the rumors, De Laurentiis has only furthered them, rumors that I hope are untrue, and don't understand if so. 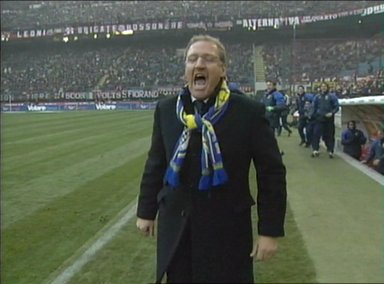 There is absolutely no point in hiring Walter Mazzarri, he is simply Gigi Delneri advanced one more year. Both are older Italian coaches, stuck in their formation, and somewhat inflexible. Gigi Delneri first hit the scene doing an outstanding job with Chievo, bringing a small club from Verona to dizzying heights, before the inevitable decline happened. Likewise, Walter Mazzarri made his biggest name with a small club, leading Reggina to three consecutive seasons in Serie A, an impressive feat considering most believed Reggina to be a very poor squad. And they were- the season after he departed, they were relegated to Serie B.

The two moved on to reasonable mid-table success: At Atalanta, Gigi Delneri transformed a crappy-yet-hardworking Atalanta side into a solid midtable team occasionally pushing for Europe. It is no surprise that the season after he left, Atalanta's poor quality showed through, and the team was sent down to the second division. Walter Mazzarri joined Sampdoria, finishing an impressive 6th in his first season, and though the league campaign was disappointing the year after, brought them to the Coppa Italia final against Lazio. 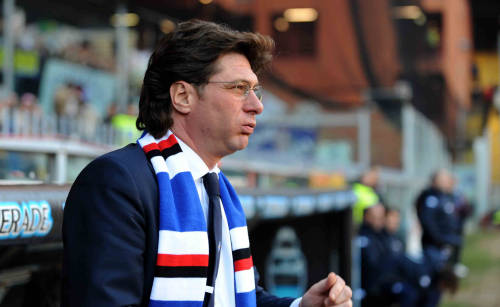 With positive results won at Atalanta, Sampdoria decided to hire Gigi Delneri as their replacement for Walter Mazzarri, and he did a phenomenal job with the club. Practically without any players for his bench, Delneri led Sampdoria to Champion's League qualification, a return to the premier European competition for "the Old Fool" after nearly two decades away. It was this great year that led to him being signed by Juventus. Mazzarri steered Napoli into a respectable 6th place, but it was the year afterwords, this season, that his team has really taken off. Much like Delneri's Samp the season before, Napoli have been the surprise of the season, pushing for the Scudetto until a recent decline, it looks like they will finish with Champion's League qualification however. So their career paths have been nearly identical, what is the point in signing up Walter?

There are some key differences. Walter Mazzarri has always played with a back 3, it's his preferred formation and his been for years. Unlike Delneri, who arrived at a squad in chaos without any wingers for his preferred 4-4-2 or any real formation at all (without the players for a 4-3-1-2 as the last season so painfully showed) when Mazzarri signed with Napoli in October 2009, the club was already well used to playing a 3-man backline, as they did for years under Reja. Not only was the formation known to the players, it was known to the club, and they had bought players that fit that 3-man backline. (Rinaudo is not one of them) So he had players who understood his system, and he had a club that did as well. After leading Napoli to a solid 6th finish in his first season, Mazzarri was confirmed again. His typical starting XI this season crucially only contains ONE signing from the summer, obviously Edison Cavani. 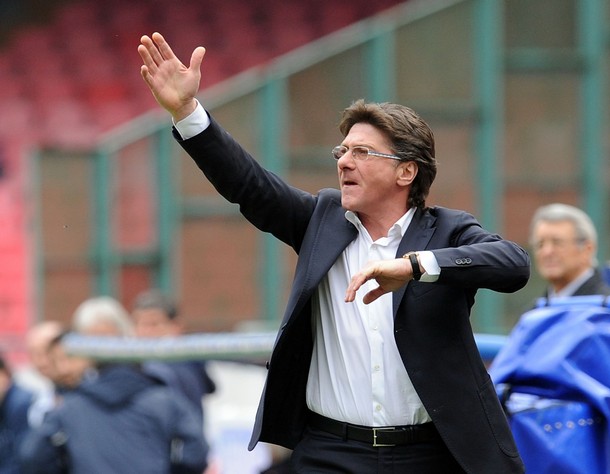 Are you serious agiamba? I'd do great!

So why is Napoli doing well? Mazzarri found a club already prepared for his system. His players were ready for his formation, and if they weren't- they learned in the two years they've been at the club. The fact that the formation, the coach, and the starting XI is completely unchanged from last year, save Cavani, is telling. None of this says that Delneri can excuse his poor performances because of coming to a club without his system built in; that is the aberration, not the norm. But it certainly means one thing- Does hiring Walter Mazzarri make any sense? No. He is Delneri, only one year behind, with a club suited to his methods. Would that translate well to Juve? Doubtful.

Does Mazzarri act like this on the pitch? I'd miss it.