With the transfer window slamming shut last week and all three arrivals on show against Cagliari, this seems a good time to assess Marotta's performance. After a dire run of results this side of Christmas, Marotta’s credentials were under scrutiny and the noticeable lack of activity in Turin during the winter mercato only increased concern. Until the arrival of Alessandro Matri on transfer deadline day, the signing of out-of-form Luca Toni and the replacement of Nicola Legrottaglie with Andrea Barzagli seemed pretty uninspiring, but were they more thought-out than we give credit for?

The 3-1 victory over Cagliari at the weekend has gone someway to restore confidence in the team and with a very solid performance at CD from Barzagli, a Matri double and a stunning Toni header, Marotta’s decisions appear to have been justified, for now at least. Taking a closer look at the deals reveals how clever Marotta has been in his negotiations given the money available to him.

Toni arrived for free and despite his age and a poor first half of the season for Genoa, he has a lot to add to the squad. Plenty of experience at big clubs, won’t be too bothered at being rotated and gives Del Neri a proper option at prima punta, rather than Del Piero/Martinez. If he can net a handful of goals in the remaining 14 games this season it will be a good bit of business. If he flops, apart from wages, it’s hard to see where Juve lose. Surely an upgrade on Amauri at any rate!

The Barzagli deal is very similar, an experienced central defender to back-up Bonucci, or to slot in next to him if Chiellini continues to play on the left, as happened with great effect against Cagliari. Barzagli didn't seem to have any problems adjusting into the team on his debut and did an excellent job covering young Sorensen. It was unfortunate that Legrottaglie departed but at 29, Barzagli is five years his junior, and for a measly €300k sum represents another practically ‘risk-free’ upgrade. 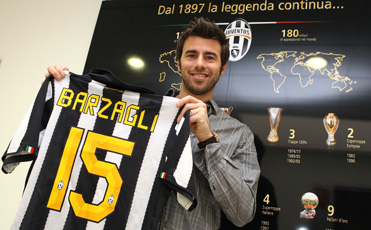 Marotta reverted to his favoured method of a ‘loan with the option to buy’ in securing the services of Matri in the dying moments of the transfer window. The initial loan cost half of the rights to 21 year old centre-back Lorenzo Ariaudo (worth £2.5m) and the option to buy is €15.5m spread over three instalments. It is a shame to lose a promising young defender like Ariaudo and Cagliari seem pretty content to have bought him outright as part of the deal. But as it stands, there is no guarantee that Ariaudo would claim a first team place at Juventus in future seasons. Matri is one of the hottest prospects in Serie A at the moment, quick, great movement and gets his shots away early. Two well taken goals against Cagliari and the pass wide to allow Chiellini to cross for the second showed good awareness. If he continues scoring he’s worth the hefty pricetag for Juve. 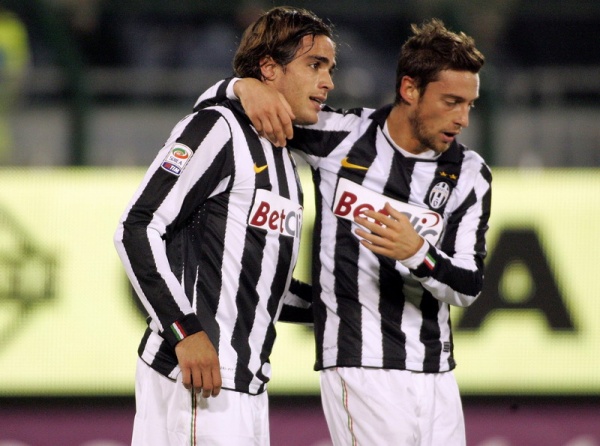 So what else should Marotta have done? It was frustrating to see Inter snap up Pazzini, but for €13m it simply wasn’t possible from a financial perspective. Possibly the only realistic ‘missed opportunity’ was the loan of left-back Nagatomo (Cesena to Inter), but with 3 already on the books it would only have been viable if the waste of space that is Fabio Grosso could have been shunted out first. Hopefully Marotta is already hard at work behind the scenes, cutting away all the dead wood that managed to stay on over the summer and freeing up space and wages for some proper players. Arguably his best achievement during January was to convince Parma to take Amauri and his wages for the remainder of the season!

So all in all, a successful, if unspectacular winter mercato.....but there's still a lot of hard work to do!