Every passionate sports fan is possessed by two burning wishes: to one day meet their much-idolized athlete(s) and to ultimately know what truly goes on behind the curtains and away from the bright lights at their favorite club.

The first ambition can be addressed fairly easily in comparison to the latter. With the right combination of time, planning, money and most importantly luck, getting to know and interacting with one's sports icons can be very much feasible. It's the second itch that often seems indomitable to scratch without an insider's help, an itch that is even greater for a fan living hundreds of miles away from the team's training grounds and stadium.

After more than a decade of black and white obsession, I decided to do something about my Juve-related aspirations. I wanted to be around the same players I sacrifice my vocal chords for on a weekly basis and was dying to learn what a typical day is like at Juventus! Sure I spent every last penny in my college savings account on Chicago-Torino airline tickets, sure I had to sleep inside the porta potty just outside of training pitch #2 at Vinovo for a few days and sure I had to live off of cornetti and Santal but in the end it was all worth it. What I was able to see firsthand was a one of a kind eye-opening experience that the calcio media often forgets about and I'd like to share it with you all.

Here is what a typical day is like at Juventus F.C:

07:00-Breakfast time, Grosso's teammates cheer him on to finally shave his beard while laughing at Felipe Melo's hair

07:15-Iaquinta and Traore bet on who will get injured first during practice

07:45-Both Iaquinta and Traore get injured while trying to walk up the stairs of the team bus

08:30-Gigi DelNeri gives indications to the team as the team begins training 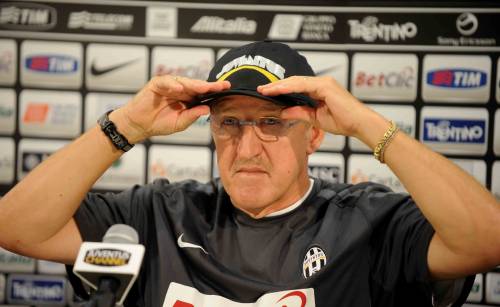 09:00-Del Piero returns from the post office after having received his monthly retirement pension

09:30-Chiellini makes his typical motivational statements ahead of the upcoming match

09:35-After these words, the players furiously scratch their family jewels superstitiously

10:00-Felipe Melo changes his Brazil wristband for a Juventus wristband

10:10-Felipe Melo has agreed to a season-long loan of his gold and green Brazil wristband, the latter can be purchased any time throughout the duration of the loan for an agreed price of 2 Euros

10:20-Marotta calls Felipe Melo to congratulate him for the tremendous piece of business he has just completed

11:00-Grygera wonders what that strange looking white sphere that is rolling on the grass is 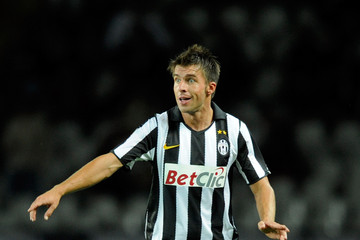 Guys, seriously, this thing is freaking me out...

11:30-Del Piero is starting to worry why the little bird has yet to pay him a visit today

11:35-When interviewed by Tuttosport, Andrea Agnelli states: "Juve interested in Benzema? It's all bullshit, we are keen on Fava Passaro and Simone Inzaghi"

12:30-DelNeri tries to explain defensive movements to Grosso and Grygera

12:31-DelNeri realizes he is wasting his time

13:00-Time for lunch, Pepe and Brazzo make everybody laugh. Del Piero leaves some bread crumbs on the table for the little bird but Martinez eats the bread crumbs and the bird 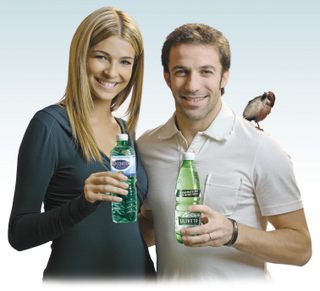 14:30-Amauri from Parma still says he is better than Dzeko

15:00-Iaquinta breaks his index finger as he turns his coffee cup

15:30-Traore breaks his ankle while tying on his shoes

16:00-The team resumes to practice

16:30-The players momentarily stop practice as there are no more balls. Sissoko was practicing his long shots

17:00-Motta and Grygera are trying hard to impress their manager for a starting spot

18:00-DelNeri is contemplating whether he should just line up at right back himself 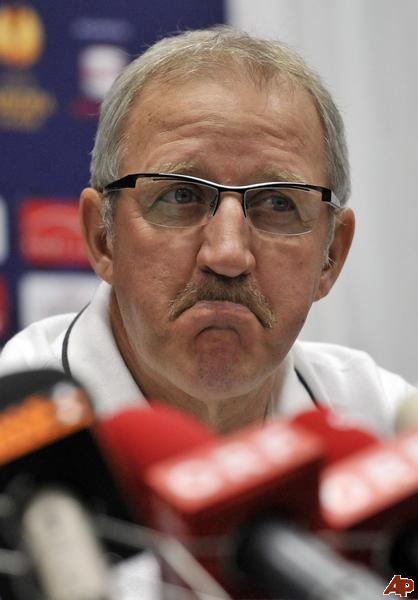 18:30-Training has ended. Del Piero goes home to spend some time with his grandsons. Felipe Melo and Chiellini update their Twitter accounts

19:00-The balls lost by Sissoko are yet to be found

19:30-Del Piero is sleeping. Matri and Aquilani go out with their girlfriends while Grosso stays home to watch Germany-Italy and relive the beautiful days when he was still a footballer

21:00-Buffon shows his teammates his new Lion King-themed pajamas which he will wear during the next match, the players pay no attention to Gigi and watch Alena Seredova instead

22:00-The boys go to their rooms to sleep, nobody was brave enough to have Sissoko as his roommate

22:30-While the players are sleeping, the team's equipment manager screams in desperation when he realizes how many balls have been lost thanks to Molinaro and Sissoko alone 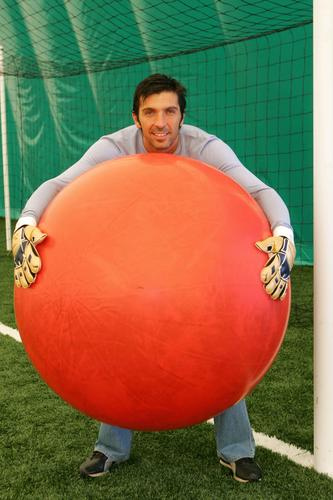