Share All sharing options for: The Champions League Continues; More Bologna for Juve 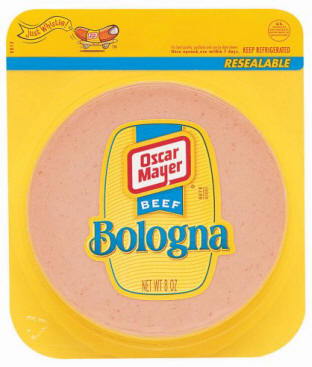 The real Champions League raged on today in completely dramatic and unpredictable fashion, we can take solace in the fact that Napoli, Milan and Sfinter will all continue to remain preoccupied and tired.  Both Machester teams are out, while Villareal didn't win a single game and Valencia has been out of it for slightly less time.  Despite the little-Udinese-that-could fizzling out early to Arsenal, Serie A has more teams remaining at this point than any other league.  This, in the midst of the most dramatic decline of Italian football in the history of football ever.  Are you paying attention, UEFA?  Still think that Europa League results should count as much as Champions League?  Of course you do, an admission otherwise would be an admission of what everyone else already knows -- that the Europa League is a poor man's Champions League, a consolation prize that no practical Italian team would choose to waste their time on with so much at stake based on league table position.

Then again, what do I really care anymore?  No, I haven't lost the chip on my shoulder.  Long gone are the days of my sunny disposition, and well, Italian teams advancing in Europe is nothing but good for the sport in the country as a hole, me swears, guys, shine ya' shoes for ya, Govnah?!

There is only Juventus for me.

Meanwhile, we might be able to finally start seeing what our reserve players can do in actual competitive matches (DeCeglie, Elia -- I'm looking at you).  Conte is expected to make changes, but unlike last week, he will actually have do it in some cases.  My personal sage predicted early on that Lichtsteiner, Vidal, Matri and Pirlo would all be rested.  None of them have been called.  Meanwhile, Frederik "Don't-Call-Me-Freddy" Sorenson has been playing right back during training, Luca Marrone (!) has been playing center back (again, !), and perhaps most interestingly, Emanuele Giaccherini was experimented in Pirlo's regista role during training today (!, or more appropriately, ?, or better yet wtf?).

I'm not sure which would be a stranger move -- Marrone at CB or Giacch as a regista.  Although, I would prefer to see Marrone remain in the midfield so that Sorenson could get some minutes in his natural CB role, a position he's practically born to play.  I know that leaves Marco Motta as the only other likely option at right back, but hey -- it's the Coppa.  Oh wait, sorry, our Champions League.  I keep forgetting.  Whatever happens, I really can't wait to see what it is.

Le chiavi: Last time Bologna came to town for a midweek match in September, where Mirko Vucinic scored (yay, Mirko!), then got tried to single handedly resurrect Stoopid Yooventis all by himself with an unnecessary red card (no, Mirko :( !), and ended up with one of the gutsiest man-down performances of the season (before last week's Napoli match, at least).  Conte, meanwhile, has not hidden his Coppa Italia ambitions, despite most other teams' indifference.  Clearly, his motivation has been one of, if not the, biggest factor in the team's undefeated streak (and that whole "we're not playing in Europe" thing, as alluded to above).  The question is if he can have the same impact on a group of players who have remained largely sedentary in Serie A thus far.

Bad news:  The aforementioned Mirko is out for 20 days with a thigh strain.  Sigh.  This is why deep squads are built.

Good news:  Bologna showed up to play back in September, but the return is a Coppa, not league game, on the eve of them having to prepare for Sunday's match against Milan.  Bologna, in other words, is sandwiched for Juve and Milan (with the latter match far more important than the former).  Too easy.  My 5-year-old niece would love these.

I'm not, for the record, advocating for Marco Motta at all, please do not get me wrong. But hey, it's the Coppa Italia.  He's shown signs in the past that he *could* be a very good player, and the brass (who has shown they could put together a good team) picked up his option for a reason.  Now's as good a time as any.  If anything, it allows us a chance to showcase him before we ship him off to say, Stuttgart, in another month.

Honestly, as I look at that lineup, I don't even really like it, nor is it remotely likely.  But I'm about to leave the office and I want to get this uploaded before I hit the road.  I just don't really know what Conte will do.  All I do know is one simple mantra -- In Conte we trust.