Juventus 2-0 Cesena: Back At The Top

Share All sharing options for: Juventus 2-0 Cesena: Back At The Top

That wasn't the prettiest of matches. On the other hand, it was definitely a frustrating one. Juventus had chance after chance after chance to open the scoring, unable to capitalize until the 72nd minute against a Cesena side that was clearly overmatched and trying to hang on in every way possible for a draw at the Juventus Stadium.

Juve was certainly in complete control of the match, but things weren't exactly going their way. Does that makes sense? I hope it does. Juventus attempted 29 shots against Cesena. TWENTY-NINE. They had 74 percent of the possession. And this was without Andrea Pirlo and his glorious hair on the field. But only eight of those were on goal. Not exactly a kind of ratio we were all hoping for.

But like we've seen in the previous couple of seasons, it was a match that Juve might have dropped points in. Be it a fluke equalizer late by (insert low-table team here) or continuous chances being blown, the past few editions of our beloved Bianconeri had found a way to come away with one or no points rather than three in the kinds of games against teams they should beat.

Yes, it should've been put away much earlier, but they got the job done. Three more points and back on top of the table. Business has been taken care of. 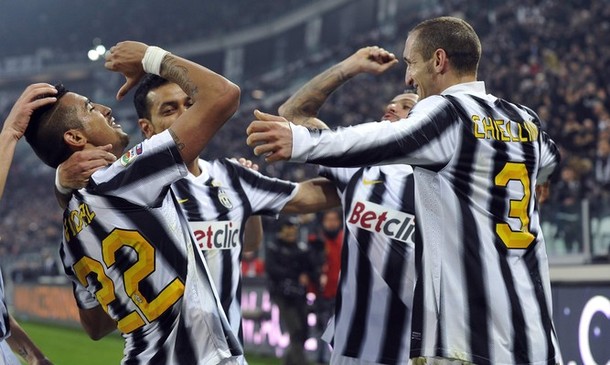 Buffon: 6 – Only had to make one save, and that wasn't even difficult. Probably could have sat on a Chaise lounge chair with Alena and it wouldn't have made much of a difference. It was nice of the guys to pass it back to Gigi every now and then to make sure he was still awake.

Lichtsteiner: 6.5 – Back to normal for the Swiss right back. He did his usual running, got involved in the offense frequently. With Cesena sitting back and defending the whole time, Licht was able to push up as much as he wanted to. Getting Forrest Gump back to normal was definitely a good sight considering how much he struggled — especially defensively — against Napoli.

Barzagli: 6.5 – If I were to tell you that he's the only guy to play in every single minute, what would you say? Crazy, isn't it? Didn't have to do much with Cesena sitting back trying to weather the Juve storm in front of their goal, but he didn't have any major screw ups either. Sound performance.

Bonucci: 6.5 – The only blemish for Leo was his screw up in the match's opening moments. Other than that, things were solid. There was no Napoli hangover. Obviously we'll see in the coming matches against more attack-minded teams (Hi, Udinese) whether that is still the case.

Chiellini: 6.5 – Like his teammate on the other flank, was really able to push up the field with Cesena doing nothing on offense. Had a part in a lot of the attacks, be it crosses or going more centrally toward the middle of the pitch. 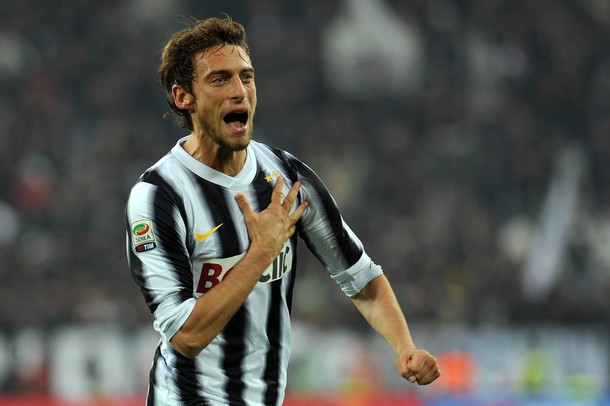 Marchisio: 7 – On a night where goals were extremely hard to come by for the Juve offense, leave it to Il Principino to get the game-winner. An extremely well taken effort, both with his first touch and then the finish with his left foot, for his sixth (!!) goal of the campaign. I love this man.

Vidal: 7.5 – He was an absolute warrior in the midfield; Vidal was all over the place against Cesena — breaking up a potential attack, contributing to his own team's attack. The stats back it up: 91 percent pass accuracy, 10 tackles. Had the assist on Marchisio's opener and then got a goal of his own with the late penalty. Man of the Match.

Pazienza: 6.5 – He's certainly not Pirlo out there, but it was a smart match from Pazienza. Did his work, put in a good shift. A solid performance by the former Napoli man making his first start of the season. Now back to your role of being the official victory sub, Michele.

Pepe: 6 – Oh, Simone. Where were your finishing boots from the previous three games? Pepe had three incredible chances in the 2nd half to put his name on the score sheet for a 4th consecutive game. He didn't finish any of them, blasting one right at Antonioli, one over the bar, and heading one just wide.

Matri: 5.5 – A frustrating night for Matri, without a doubt. Had chances but never really got into the flow of things in front of the goal. Was definitely a battle for him against Cesena. First time in a long time he had been substituted for that early in the second half.

Vucinic: 5.5 – He definitely had a better first half than he did against Napoli, but it just seems like there's something missing with Mirko. He was involved in setting up some scoring opportunities, had a few scoring chances of his own, but he's still struggling with that final step involved in scoring a goal. Was correctly yanked by Conte early in the second half.

Quagliarella: 5.5 - Wait, Quags is allowed to play before 80 minutes is off the clock? Huh, who knew? He struggled to make a huge impact on the match. Understandable seeing how little he's played this season.

Del Piero: sv – Finally got a chance to get a good chunk of playing time. But within eight minutes, he was being carried off the field after being kicked in the head. What about that backheel when he was in, though? Sexy.

Giaccherini: 6 - He came on after Del Piero had to be taken off. Got involved right off the bat and subsequently crashed into Antonioli for the resulting penalty. 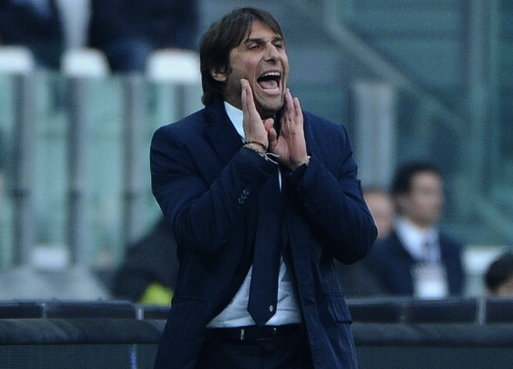 Conte: 7 – He's now in charge of the only team in Europe to not lose a game this season. It's incredible how well this squad is doing under Conte. He went back to the usual 4-3-3 setup and it looked much, much better. Obviously playing against a team that was just sitting back and defending the whole time helped, but there wasn't any kind of tactical madness and chaos like there was against Napoli. Extra kudos for his celebration after Marchisio's goal. He's such a Juventino.

#1: Only Il Capitano posts a picture of himself in an ambulance on Facebook to let everybody know he's okay.

#2: That wasn't a red card on Antonioli. That wasn't even a penalty. And you might be saying right now "WAY TO STICK UP FOR THE KEEPER, YOU BIASED PUNK." Yeah, well, the ref got both of the calls wrong.

Now I will patiently wait for everybody to disagree with me.

#3: So if that's a red card in the ref's mind, how is Rossi booting ADP in the face not a card? I don't get it. Rossi was already on a yellow, give him another and he's done ... OH NOEZ! Incidental or not, that kind of challenge has to warrant something, right? I mean, Del Piero's head needed eight stitches, so he obviously got a pretty good knock.

#4: Finish 2011 on a high note. Four more matches — three Serie A, one Coppa (this Thursday) — before the Christmas/New Years break. A struggling Roma side is next, then Novara, and finally Udinese. Those are all winnable matches, with the match at Udine being the toughest. Get nine out of nine points and things will be looking awfully nice going into a few weeks of vacation. Make it happen, boys.

- Krasic: Another game on the bench for poor Meelosh.