I'm sure that everyone enjoyed their seven fishes, and I hope that Santa was kind to all of you good little boys and girls, and now it's time to fill in the gaps of these slow news days with what other than a Winter Mercato preview. 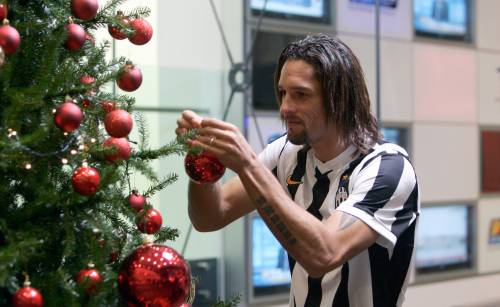 "All I wanted for Christmas was to be loved..." (JuventiKnows)

The winter market is always different (read: less fun) than the summer, especially for Juventus.  We're not teams working with massive Yankee-rivaling (grrrr!) revenues like Manchester United or the only two teams that exist in La Liga, nor are we owned by a rich Arabian Prince.  We're not poor for sure, we still crack the top-10 football teams in the world, but don't look for us to splash 50ish million Euros on an unsettled superstar who has begun to look like a shell of himself. 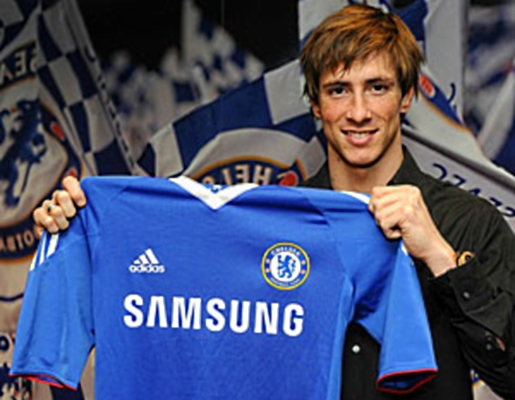 Still, the winter market can be what makes or breaks a season.  Last year, Milan added Mark Van Bommel to sure up the midfield, while Nicola Legrottaglie added depth for the backline, and Antonio Cassano, the peninsula's most talented attacker, arrived on a free-friggin-transfer to join a squad already boasting Alexandre Pato, Robinho, and Zlatan Ibrahimovic ("but whom will we play, Berlu?" #firstworldproblems).  Our response?  You guessed it.  Luca Toni.  The result?  Scudetto numero 18, fra diavolo.

On our end, meanwhile, Juventus been not-so-secretly shopping for a striker by the time the winter opened.  Despite Cassano being made available for free after falling out of favor with douche-bagging himself out of Sampdoria, and then-coach Gigi Delneri and Beppe "That Move Would be Too Easy For Me, Let Me Telegraph All of my Other Plans" Marotta having been instrumental in bringing him from Madrid to Genoa in the first place, they decided to pass.  Still, all's well that ends well, and last winter's mercato netted us Andrea Barzagli and Alessandro Matri (you're welcome, ladies).  One has resurrected his career and is arguably the most in-form defender in Italy; at least as far as Italians go.  The other has become one of the most complete strikers on the peninsula.  A year ago we were well away from a few additions pushing us over the line towards a title unlike Milan, we're a far more complete squad this time around.

And we won't be quiet.

1. Not Another Center Back:  The summer mercato ended with Marotta trying to pull off some last minute deals, notably for another center back.  Right now, that's the least of our concerns, in my opinion.  Barzagli, as mentioned, is in the form of his life.  Bonucci has recovered better from inconsistency last season, although most people will only look at the game against Napoli as if it were the only sample size from which to judge him.  Frederick Sorenson has only played in a Coppa game, and as a right back, but his natural position is in the center.  Plus, each time he's filled in last season, be it at center or right back, he's competently done the job asked of him -- far better than one could expect from a teenager playing in the most defensive-minded league in Europe.  We've already got that other centerback which we crave.  And he's one of the best in the world.  His name is Giorgio Chiellini.

Instead, if the focus is going to be on defense, the search should be for a left back.  Look, I can see by this point that none of my dreams are going to come true.  De Ceglie isn't going to be given a decent shot, Pepe is not going to be terzinoed, Estigarribia isn't going to get a sniff unless it's as a wingback in a 3-5-2/3-1-4-2 formation opposite Lichtsteiner.  The priority should thus be on shoring up the side opposite Lichtsteiner, allowing Giorgio to move back to the center where he performs best, and allowing us depth to more easily rotate the squad.

2. Jurassic Pirlo: No, I'm not making reference to Andrea Pirlo's advanced age, but rather the book (I read the book as a child before the movie was out, and I maintain it is first and foremost a book, Rest In Peace, Michael Chrichton) Jurassic Park in which scientists were able to clone dinosaurs from blood collected from prehistoric mosquitoes preserved in amber.  The bad news is that the book was science fiction, and we can't actually clone Andrea Pirlo.  The worse news is that I've seen what happens when Pirlo is unavailable, and I don't like it.

The original plan was to play a 4-4-2, which would arguably make a Pirlo-less midfield easier to cope with.  Since Conte switched to a 4-3-3 he was able to get the most out of three of the better midfielders in the league fielded at once, at the expense of losing a lot when one of the pieces of the machine were missing, in this case Pirlo.  Yes, we have Pazienza and Marrone for depth, but neither of them can replicate what Andrea can do; they're simply different types of players.  While I remain excited and optimistic about Gabriel Appelt, who has apparently been impressing the shit out of everyone in training, I'm not convinced he will be ready to step in and get some first team minutes right away when he's available come next week.  Thus, another central midfielder, preferably a creative type, should be sought after.

That's pretty much it.  Many people will be clamoring for another striker, envious that Milan is set to add yet another world class yet classless attacker to an already high-octane stable of forwards.  But we really don't need that.  A few minor additions should be enough to tide us over fine until the summer.  Still, we will probably end up with a bit more than just one more defender and midfielder.  But I'll get into all of that as well later.

Now onto the whos...

The goers: While last summer was busy with lots of traffic both ways, it still left us with an absurdly large squad.  A few wantaways were able to be lent away, some contracts expired, but some players could not be rid of (#iblameamauri).

Amauri is likely to be gone.  I hope so, at least.  It was reported yesterday that he had already refused a move to Genoa.  This had been disputed today.  Now apparently he's thinking it over, with his wages being the consideration.  You've gotten paid for doing nothing for long enough, Amauri.  Juventus is owned by Exor, not the French government.  It's a club, a business, not a nanny state.  Time to cut your losses and move on, if you want to salvage what's left of your career.  #iblameamauri.

Speaking of strikers, Luca Toni and Vincenzo Iaquinta have yet to get a single minute.  Out of the two, only Luca Toni might have even made the bench, and I can't even remember for sure if he has, with the 40 other strikers we have on the squad.  I actually like the both of them, and wish them nothing but the best, but it might be the time to move on.  There have also been rumors that Pazienza could be on his way out, with Udinese interested, but we would surely have to add another midfielder for that to even be a remote possibility.  Meanwhile, Marco Motta has drawn some interest from Sporting Gijon over in Spain.

Again, some of the outgoing traffic could depend heavily on the incoming.  Which will bring us to the comers.  But that will be for another time.

Stay tuned for my thoughts how this winter should/will play out.