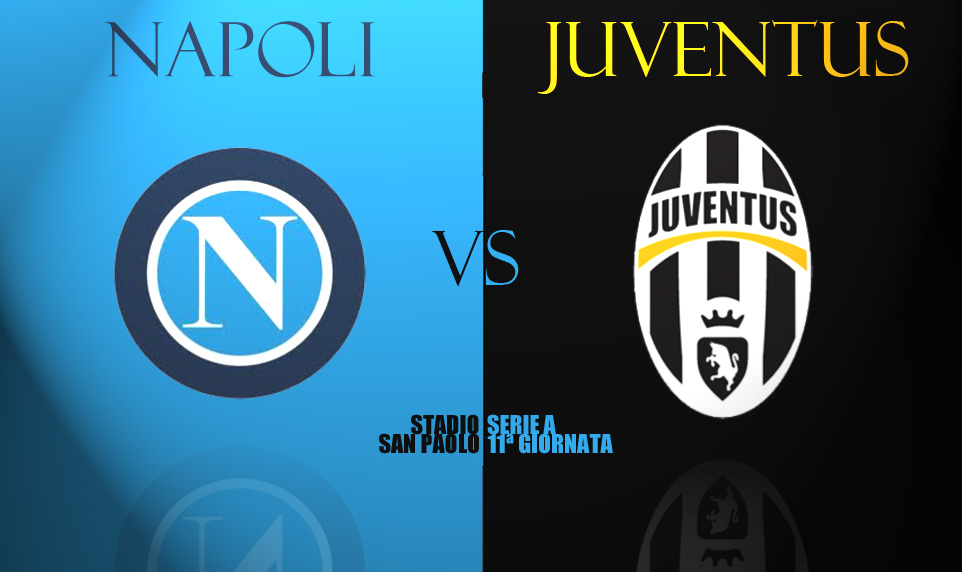 Credit once again to Zafar.

Le chavi:  It seems like all games revolve around the left back position.  With Stephan Lichtsteiner making all of my wildest dreams from the past few seasons come true (from the right side at least), there is still that perpetual question mark on the left.  This is even more true against a team like that rag-tag silly little cinematic squad from Naples.

Napoli plays a very disciplined, effective, counter-attacking 3-4-2-1, utilizing two natural wingbacks (Dossena and Maggio) out wide in the midfield, who are expected to bomb up and down the flank.  I'm going to be honest, Cristian Maggio completely terrifies me, so the matchup on the left side of our defense is key.  Although everyone right now seems to love the Chielini left back experience, at times he's looked awkward there, and this could be the game which punishes us.  I know that the only viable alternative is Paolo DeCeglie, and Conte will not be attempting to reintegrate him back into the starting XI in such a difficult and important fixture.

However, this could be the match which demonstrates why I've been so critical of keeping Chiellini at LB.  While the emphasis will be on the importance of the defenside side of the wingback role, Giorgio lacks just that last bit of pace to be a natural left back, even though it was his first position (but hey, he got moved over for a reason, right?).  That's not even mentioning the fact that moving him over to the left keeps our best defender from being able to mark one of the most potent attackers in Serie A in the center, Edinson Cavani -- although Barzucci has done a good job thus far of quieting potent opposition, and that same defensive set up stymied Ibrahimovic and co a few weeks ago.

Admittedly, DeCeglie hasn't looked like the player we saw beginning to break out in the first weeks of last season before a devastating injury derailed him.  However, he's barely had a chance to recapture his form.  I hope we start seeing him out there soon.  If not, perhaps as I've been kicking and screaming about for what is seemingly months now, the solution lies in-house.  I'll avoid another long rant about how perfect of a LB Pepe would make, or that Estigawhattayagonnado has both experience and qualities to perform well in that role as does King Arturo; although Vidal would represent a stop-gap solution which is nothing more than Chiellini is right now, and not a long-term upgrade in that sense.

Or perhaps, come January, Marotta will drop his obsession with trying to sign another CB and go after another LB (Kolarov, anyone?)  I'll save this rant for another piece I plan on working on, but Bonucci and Barzagli have both been pleasant surprises who shouldn't have actually been surprises if not for the cynical calcio critic world in which we live in.  Meanwhile, Sorenson is more than capable of being the 4th CB, although he might be better suited being sent out on loan to get a half-season of regular playing time at his natural position, instead of RB where he filled in for most often last year.

Maybe the beginning of the Coppa Italia will provide PDC with an opportunity to get some games in and give him the chance to pick up where he left off.

Good news: Napoli is tired, period.  Clearly, they're showing something that I've quietly hoped for thought from the outset of the season -- that their squad is simply not deep enough to compete on two fronts, and will only get spread even more thin once Coppa competition begins.

For Juve, appears to be fit, including Giaccherini who missed a few weeks.  Thus Conte will have everyone at his disposal.

Bad news: Despite the above, Conte will still probably not utilize each player at his disposal (i.e. Elia).  But whatever, I don't see what goes on at training, and it's tough to second-guess a coach who is undefeated headed into the 10th game of the season -- something unheard of in Serie A in this day in age.  I still can't for the life of me imagine what is keeping a regular-choice attacking player on one of the best national teams on Earth, who are known for their attractive, attacking style, and whose inverted-wing, cut-in-and-dribble playing style is almost perfectly tailored to il mister's tactics on the bench.

Also, I'm completely swamped right now and this weekend, so the bad news is that this is pretty much it for a preview. And with that, I will let one of my favorite Neapolitans take you home today -- Dino Crocetti, who you probably know better as Dean Martin.