Share All sharing options for: Gameday Thread: Juventus Vs. Napoli 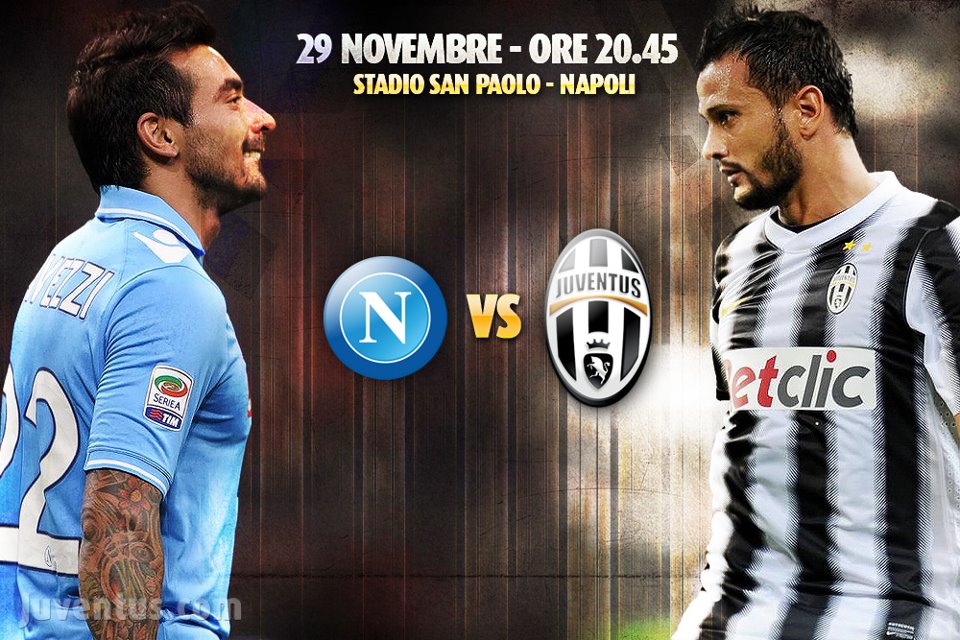 Conte, speaking from Juve's training base in Borghesiana, said: "I expect a tough game, perhaps the most difficult of the season so far. We'll face a Napoli team who are currently doing great things and credit must go to the club, Mazzarri and the players. As always, we have great respect for our opponents, but no fear."

Proof of Napoli's capabilities can be found from the manner in which big spenders Manchester City were brushed aside at the San Paolo, and then held to a point in front of their own fans. Juve's manager is also midful of their impressive resurgence: "Six years ago they were in Serie C. Through a serious project and great enthusiasm they managed to mount a Scudetto challenge last year. This year it's highly likely they'll go through to the next round of the Champions League."

The 42-year-old continued: "Let's not forget that they're coming off the back of a win against Manchester City, who are dominating in England... all of this is an example of work bearing fruit and how time and patience can bring results."

Saturday night's win propelled the Bianconeri back into the pole position with Udinese currently trailing by a single point. Another victory could see Juventus extend their lead and put further daylight between themselves and a tightly congested cluster of teams.

But Conte warned that the race is well and truly open and made a particular reference to Milan dramatic revival: "When they were seven points behind they went on to win six out of their last seven games, drawing only in Firenze, and matched Barcelona in the Champions League. But there are other teams who are a threat, like Napoli, Lazio, Udinese, Roma, Inter... We need to amass all we can in the shortest space of time, to build something long lasting."

Claudio Marchisio will miss out on Tuesday's encounter after picking up a yellow card against the Biancocelesti. The five-goal man is a crucial component of the new-look Juve and Conte admitted his absence will be felt: "He's got unique characteristics, because he's able to break forward extremely well, he's technically gifted and can operate in both phases. We know that Napoli like to use the flanks, so we'll work out how to replace Claudio. It's a shame to be without an important player like him. but we're curious to see how the alternatives work out."

In Conte We Trust.

STARTING LINEUPS HAVE BEEN POSTED!