Why Claudio Marchisio Is Better Than You

Share All sharing options for: Why Claudio Marchisio Is Better Than You

There's just something about people coming out and attacking one of your favorite players. It's like somebody talking poorly about a close family member. It just doesn't sit right with you whatsoever. You get enraged, pissed off, whatever. Regardless if what is being said is true or false, it just makes things uneasy.

That's why when the-website-that-shall-not-be-named came out with a scathing editorial about Claudio Marchisio, I wanted to immediately remove it from internet existence. I mean, I'm not the kind of person to tell somebody else what to think, but in that case, it seemed like the only thing to do — especially seeing that it come out after a game that meant absolutely nothing in the grand scheme of things.

But here's something that Claudio has done in games that actually do count in the Serie A table this season: Be absolutely awesome. 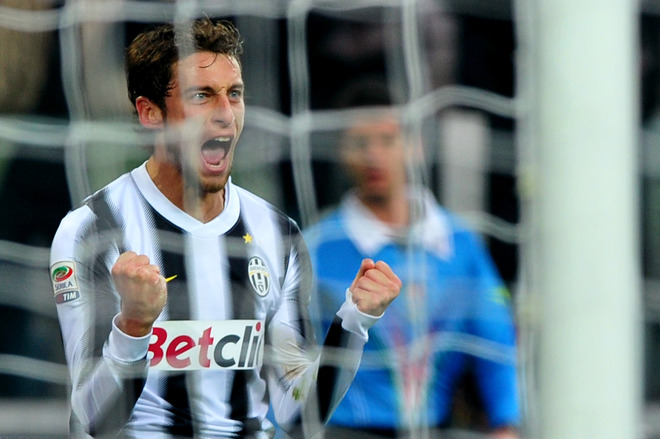 For the past two years we've seen Marchisio play out of position as a quasi-left winger. Some times it was out of necessity, some times it was because the manager at the time wanted to piss us off (maybe). Either way, while he was still somewhat productive, his potential was limited because of where he was playing, not because he's a terrible player or anything like that.

Put him back in the middle of the park? Yeah, Antonio Conte has gotten it right. And now he's being rewarded for doing what Gigi Delneri said he'd do, but never actually did.

That's beautiful for anybody, especially for a midfielder. And when you consider who he has scored against this season — Parma, Milan (2), Inter and Palermo — it's even more impressive.

Want more? You got it:

Then there's the intangibles that don't show up on the stat sheet. As Ivo pointed out in the Palermo match review, Marchisio is definitely showing signs of becoming more and more of a leader as the games go by. And that can be a credit to a number of things — maturing as a player at age 25, becoming a regular at a vital position, who his current manager is.

It's, most of all, a credit to what kind of player he is. If you know anything about Marchisio's past, you know he used to play as a trequartista in the Juve youth academy (read more about that here on ESPN). The kid has always had some serious skill. Pair that kind of skill with Conte's tactical know-how to get the best out of Marchisio and you get a player having the best season of their career to date.

Marchisio has been Juventus' best player not named Andrea (Pirlo and Barzagli). If you look at WhoScored.com's match ratings, there's only one player on the Juve roster who has been better than Marchisio this season — and that's Pirlo. And while those ratings certainly aren't the be all end all — they're definitely a bit higher than what the Italian papers dish out on a regular basis — it's a non-biased evaluation system showing how effective Marchisio has been this season.

And a good portion of the readers here know that. I know that, you know that. You would probably be considered a bad Juventino if you thought Il Principino wasn't a valuable part of the squad.

Hell, you could even argue he's been better than the Andreas and I'd probably even agree with you (if you're lucky, of course). It's not an outrageous claim. He has been in sensational form since the opening kickoff against Parma and has shown no signs of slowing down. Music to my ears.

So let's just say it right now: Claudio Marchisio is better than you. And, if you try to change my mind, your argument is invalid.