It seems like it was years ago that we marched into the San Siro and heaped more misery upon current (but sigh, admittedly not for long) relegation-battlers Sfinter; and no, it wasn't 2006, it was actually three weeks ago. Another cancellation, albeit via an act of God instead of a resistant union, means our first mezzo giorno effect test will actually be a mezzo giorno kickoff against our nemesis Palermo.

Currently the rosaneri sit with 16 points from 10 games, while with a game in hand we are +3 on them and in fourth place -- having slipped from first after our last scheduled fixture versus Napoli was postponed, allowing three teams to leapfrog us. Palermo have been a thorn in our side the past few seasons, as have many Napoleonic complex sufferers Southern teams with something to prove. Luckily we'll be playing in our new stadium. 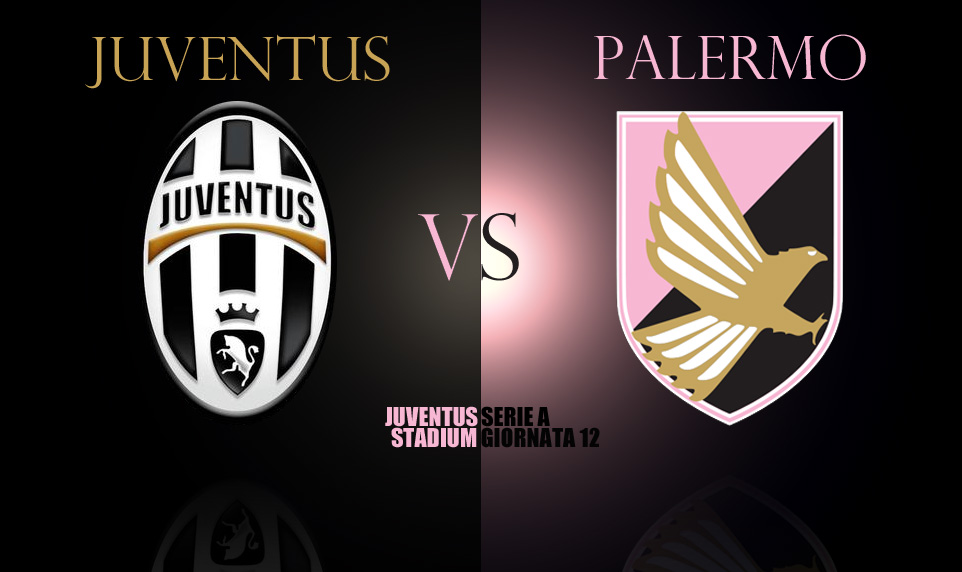 Good news:  Palermo have earned one out of 15 potential points this season.

Bad news:  This Palermo.  And it's been a few weeks since we've played.

Good news:  Conte.  Complete bad ass.  Nothing else to say.

Le chiavi:  Despite what the teachings of the Mr. Magoo of calcio taught us (sorry Ranieri), it is possible and dare-I-say appropriate to switch formations.  I know, I know, it's crazy, but Conte successfully switched from the 4-2-4 which never actually existed and was actually an attacking, wing-based 4-4-2 to a 4-3-3, capitalizing on the team's biggest strength -- three midfielders who are currently playing out of their mind.  Pirlo, Vidal, and yes, even Claudio nobody-likes-me-because-all-I've-done-is-quietly-accept-playing-out-of-position-and-do-whatever-it-is-I'm-told-will-most-benefit-the-team-despite-my-own-personal-performance-suffering-as-a-consequence-effing-Marchisio have been completely solid behind whatever the trident-of-the-week il mister is willing to field (hint: it probably won't involve Quagliarella).  That midfield is quickly becoming one of the best around, and making the dip in form of Milos Krasic as well as the disappearing act of Fabio Quagliarella go essentially unnoticed.

While Palermo is likely to line up in a 4-3-3 as well, the key will be in the center of the pitch.  So long as Vidal and the new and improved (believe it or not I really am a real boy center midfielder!) Marchisio can continue to boss the 38th parallel, they should be able to stop the blood from flowing to the head of the snake and away from the talented Ilicic, (the man who Giovinco seems to be modeling his Juve-killing career after) Miccoli, and former Mossad agent Zahavi (alright, I may have made that Mossad part up).

The other key battle could very well be on the right side (well, our right side, their left...right?) between also-in-torrid-form Stephan Lichtsteiner and Frederico Balzaretti, one of the best Italian left backs right now.  Couldn't we use a left back, by the way?  Oh yea, we could.  Where did this guy come from, anyway?  Oh...

The one thing I lament is the lack of a threat starting from out back on the left side.  If we had that, we could really stretch out the field and own this game, particularly while now playing a more narrow-at-the-top 4-3-3.  Paolo DeCeglie isn't yet (and may never be) trusted by Conte, and while he can aplomb forward, his defense leaves much to be desired.  Giorgio Chiellini is a centerback, and a damn good one, and can only be seen as a short-term stopgap.  Fabio Grosso is at this point to calcio what Amauri is to...well, calcio.  If only we had a player who could run really fast, for a really, really long time, and who's a really good tackler, and can cross a little bit, while also pretty good with the ball at his feet, and is known for his gutsy efforts and covering every blade of grass from goal line to goal line, regardless of which side he's playing on.  I mean, I wouldn't even care if his one flaw was his goal-scoring and finishing abilities.  A player like that would probably make a damn-good fullback.  If only we could find such a player.

Whatever.  If people started listening to me -- and at least Adam Digby still has the same idea as me, even if he might have thought of it first -- we could make a game out of the left side of things, as Simone I'm-supposed-to-be-a-winger-yet-I've-previously-lost-my-spot-to-a-central-midfielder-see-above-(even-though-I'm-doing-a-bit-better-now) Pepe would do fine wing-manning, I mean wing-backing the defensively-challenged, yet immensely talented and underutilized Eljero Elia.  But what do I know?  I say shit for years, and nobody pays attention until it's too late and nobody even cares anymore.

Pepe's played a bit there before and with positive results.  Time to terizino him once-and-for-good, I say.  At least, if we aren't going to give PDC a shot in hell.

Motivation:  Do it for Amauri.  And by for Amauri, I mean out of spite.  I get it Palermo, it's not our fault that sold us this box of hammers for 22.8 m Euro.  I still blame Secco most.  But I mean really, to some degree you've gotta blame the Dutch for taking advantage of the natives and buying Manhattan for trinkets, right?  Secco was barely a child.  You should've known better.  Jerks.

And don't give me any of that crap about "oooh it's not Amauri's fault, he didn't do anything wrong."  He was told there was no room left for him at the squad.  He knew this.  He was shipped out last January for a reason, and it wasn't just to prove himself.  If it wasn't for his unreasonably excessive wages, he would've never been back.  He was then provided with more-than-sufficient offers to leave over the summer, which he refused.  As consequence, in the final year of his contract with his shelf-life quickly expiring, he is being frozen out of the squad because of his own decisions.  Yet now he's counting the days until he can finally leave Juventus?

My verdict:  I'm going to play it safe with this one, fellas.  Amauri will remain to Juventus what Turtle from "Entourage" is to life: completely valueless.