Round 7 (8): Genoa Sala...Screw It, I'll Just Be Honest, This Is The Most Apathetic Preview Ever.

Share All sharing options for: Round 7 (8): Genoa Sala...Screw It, I'll Just Be Honest, This Is The Most Apathetic Preview Ever.

You brace for the inevitable constantly throughout life. Nothing lasts forever (and we both know hearts can change), but it always stings when you have to face it. When a 90-something grandparent passes, they had a good life, but still -- you wanted them to live forever. Obviously this news isn't as serious as a death, not even close, but there was something empty about it.

For those of you who haven't realized what I'm referring to, I'll elaborate. Although it's difficult to find the words. My shock level was through the roof on Wednesday morning when Football Italia revealed that Juventus will try and sell Amauri during the January transfer window. This was the craziest news I've heard all year long, and will mean nothing short of a swift death for our S-word chances for this season and next. 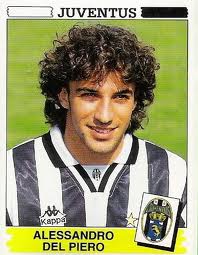 In all seriousness, it's probably completely trite at this point to go on about it, so I won't.  I won't even mention the subject matter.  There will come a time some months from now when it's truly over and I'll be spilling my guts through my keyboard about how I really feel.  Hell, Fabio-effing-Cannavaro barely had a cup of coffee with Juventus, comparatively, yet that didn't stop me from spending a few too many lonely nights at the memory motel, and perhaps getting a bit too unneccessarily emotional for a glorified mercenary.

But I'll save it til, oh, I don't know...May will probably be about the right time.

Alright, fine, thus far this preview wasn't even a preview, and is so emo that I wish my hair were like it so it could cut itself.  Onto the meat and potatoes.  No?  Spaghetti and meatballs is better analogy?

Tomorrow Juventus face a Genoa team which we've dealt with pretty handily since returning from the Chateau D'if -- last season no exception, despite it being our second shittiest since the return from exile.  Genoa have always reminded me of the Washington Redskins of Serie A:  ambitious management with big plans, who typically make big moves (or try to at least), which never pan out.  For some reason I thought that this season was different, I thought Genoa were hanging up there pretty decently.  Why, I'm not sure.  However, a quick look at the table shows Genoa in 11th place.  It's still very early, but...yea, sounds about right.

Still, the past two seasons have taught me that no opponent should be taken for granted.  Especially with recent news that Gianluigi Buffon and Arturo Vidal will be late scratches.

Le chiavi:  While some reports suggest that Conte will deploy a 4-3-3 against Genoa, after mixed results in utilizing various forms of 4-4-2/4-2-4/4-2-3-1/4-1-4-1/4-whateverthefisgoingoninthemidfield-1, the injury to Vidal may prohibit such.  Certainly a micfield consisting of Marchisio-Pirlo-Vidal backing up a trident of Elia or Vucinic/Matri/Quagliarella or Krasic would make sense.  Without Vidal in the picture I don't see it happening, unless Michele Pazienza is given the knod to start and expected to put out a full 90.  Not likely.

Oh, and there's the other issue that apparently Conte is growing fed up with the form of Elia and Krasic.  The former has barely had a chance to play, so I doubt that to be the case right now, but who knows.  I'm not there during training, although recent comments by Beppe Marotta affirm that he has Juve's trust and patience.  As for Krasic, the man just lost his uncle and nearly his father, and has been worked to the bone for the better part of the past 24 months.  Perhaps Meelosh could simply use a bit of rest right now.  Let's not get hysterical yet.

One interesting thing to keep an eye on is whether we'll see Marcelo Estigarribia, with many outlets suggesting he may get a chance to start on the left.  I wouldn't mind seeing what the kid has, although I would still like to see more of Elia.

As always, the most important key to the match will be defence.  In the four-man backline, who will Conte start this week?  As much as I prefer keeping Chiellini at center back, I look at it this way:  In Conte's possession-heavy system, the defenders must keep possession and build play from the back.  All three of Chiellini, Barzagli, and Bonucci have demonstrated the ability to do so to varying degrees thus far.  A center back Chiellini means three in-form players for two spots, leaving Paolo DeCeglie to start out on the left.  Although he retains my faith in him, PDC has not demonstrated the same ability just yet.  For now I have no problem leaving Giorgio out wide, as it means being able to keep all three of the above in the lineup.  For now.

Also, can we get Fabio Quagliarella an effin' start at some effin' point, please?  I want to see Quagliamatri.  Cleary Vuc-atri hasn't been clicking yet.  Let's think about this for a hot minute.  Our worst results thus far have been draws.  Low scoring, boring, drab, cynical ones.  We have a player at our disposal who is known for scoring practically nothing but spectacular goals out of thin air.  #duh

And we reserve the right to switch to a 4-3-3 later on in the game if need be.